UW Medicine's Chief Vascular Surgeon Dr. Ben Starnes knew 50 years after a random act of kindness that it was time to meet the man who his family helped. 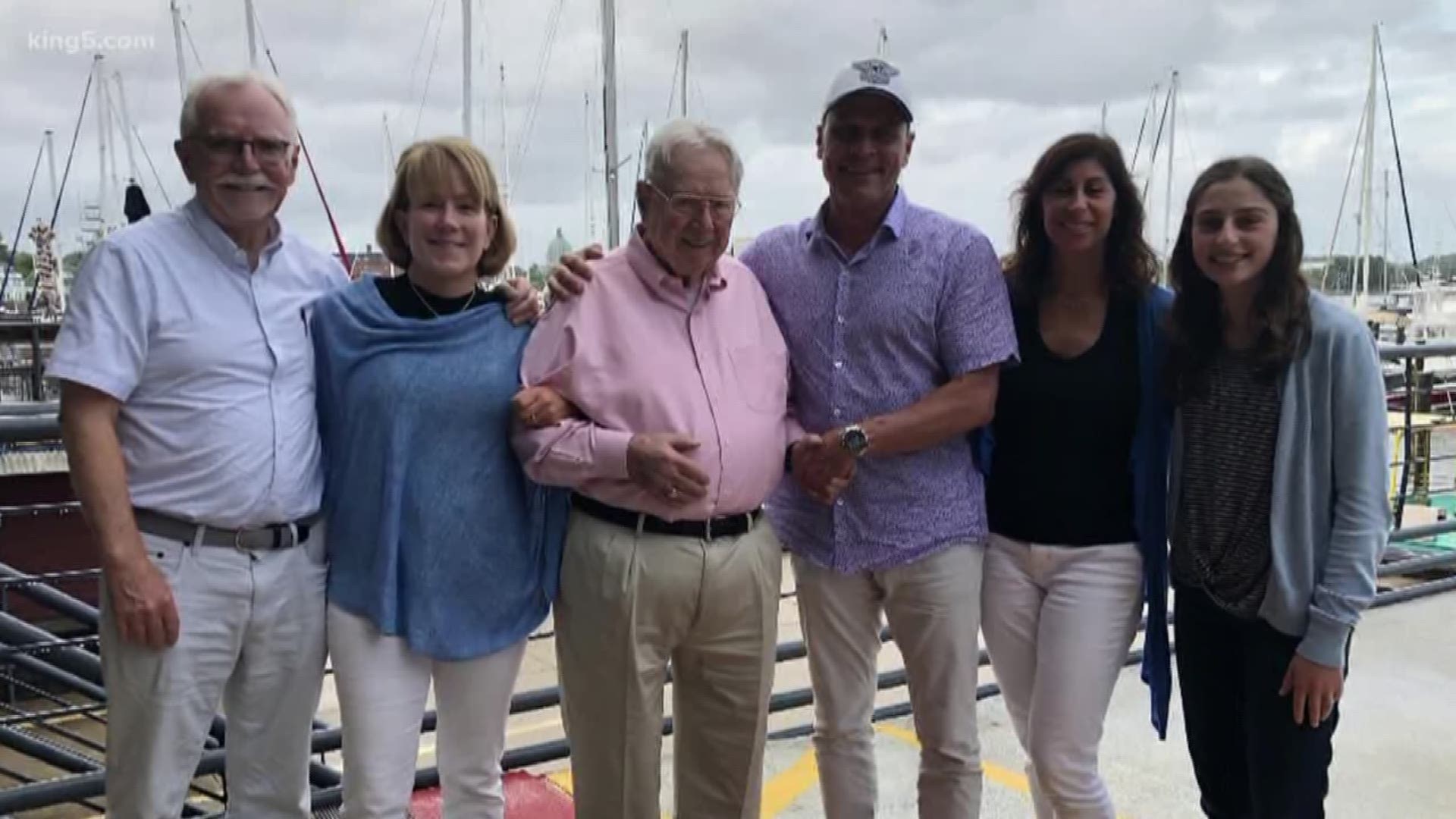 UW Medicine’s Chief Vascular Surgeon Dr. Ben Starnes knew 50 years after a random act of kindness that it was time to meet the man who his family helped.

“I remember this story because my father always went back and talked about it,” Dr. Starnes said.

Dr. Starnes was just six months old when his father, a Methodist minister in Delaware, saw a family in need outside of his church.

“My dad was sitting inside and he saw a man outside under his hood, with his hood up, his family in the car,” Dr. Starnes said. “And my dad said ‘I wonder if he needs a hand’.”

It turns out they were in need of help.

In the late 60’s, Fred Crow and his family were on a road trip from South Carolina to Massachusetts when their car broke down in Delaware.

“He went outside to try to help them and they both realized it was beyond their scope of practice so to speak to fix the car,” Dr. Starnes said.

But the minister really wanted this family to enjoy the rest of their vacation so Starnes father made them an offer.

“So my father gave him his car the next day and said, take my car, take your family up to Beverley Massachusetts and when the service station opens on Monday morning I’ll push your car across the street and have it fixed and when you come back we can settle up and you can take it from there,” Dr. Starnes said.

Moved by the minister’s generosity, the Crow’s completed their road trip. And it was an important family vacation because, weeks later, Fred Crow deployed to Vietnam.

“Just three months later, on Easter Sunday 1967, Fred Crow is running sorties in his F-4 Phantom out of Thailand into North Vietnam and he’s shot down and captured,” Dr. Starnes recalled.

Crow spent the next six years as a prisoner of war.

“He saw many Prisoners come and go, when he was there,” Dr. Starnes added. “He saw some die and not come home.”

But in 1973, at Dover Air Force Base, Fred Crow stepped off a plane and spoke to a joyful crowd after he was freed.

“We have reaped the fruits of our faith and trust in God, our commander in chief, our families, and all the people of this wonderful, wonderful country,” Crow said to the crowd in 1973.

The Starnes family kept in touch with the Crow’s during Fred’s captivity. In June 1973, Fred wrote them a letter thanking them for their thoughts and for helping him when his car broke down.

“In this letter and in conversations subsequent to that, he said that that single act of kindness helped sustain me during my time as a Prisoner of War in Vietnam,” Dr. Starnes said.

In recent months, Dr. Starnes found that letter and it got him thinking.

“I just thought to myself, ‘I wonder what happened to Fred Crow?’ Dr. Starnes said. “I wonder if he’s still alive?”

So he started his search online and he found an obituary for his wife.

“I went down and I looked and I saw she is survived by her husband Colonel Frederick Crow and I thought, ‘He’s still alive,'” Dr. Starnes said.

And that realization led him to Baywood Estates in Annapolis, Maryland.

In late summer, Dr. Starnes and his family traveled across the country to reconnect with 93-year-old Fred Crow.

So if you take anything from this story perhaps it’s this message: Do the right thing.

A single act of kindness may never be forgotten.