The attorneys general for Montana and North Dakota had argued the law effectively banned crude from their states. 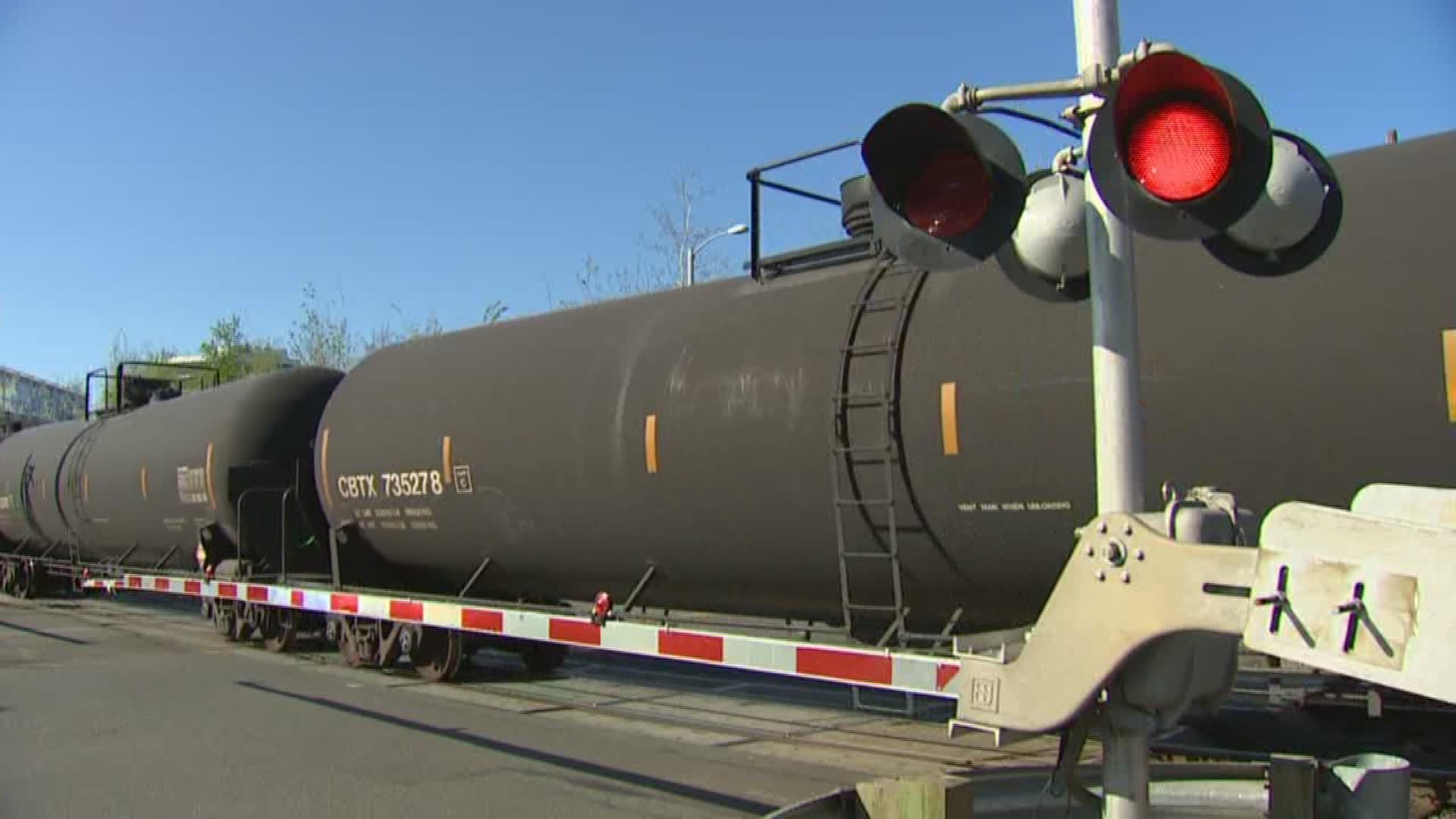 Editor's note: The above video about oil train safety concerns aired on KING 5 in 2017.

The Trump administration on Monday moved to block a Washington state law that imposed safety restrictions on oil shipments by rail in response to numerous explosive accidents.

The Department of Transportation determined federal law preempts the state's mandate that crude from the oil fields of the Northern Plains have more of its volatile gases removed prior to being loaded onto rail cars.

The attorneys general for Montana and North Dakota had argued the law effectively banned crude from their states.

A spokesperson for Washington Gov. Jay Inslee says the state is considering its legal options in response to the determination.

In 2015, Gov. Inslee signed House Bill 1449, the Oil Transportation Safety Act, which sought to improve the safety of oil transportation in the state. The measure required railroads hauling crude oil to show their ability to pay for oil spill cleanup and required facilities that receive oil by trains to provide weekly notice of the type and volume of oil shipped.

“This bill means our first responders will get advanced notification when oil trains are coming through, and it also expands the barrel tax on crude oil and petroleum products to include both rail and marine," said Gov. Inslee in a written statement after the bill was passed. "This means that at a time when the number of oil trains running through Washington is skyrocketing, oil companies will be held accountable for playing a part in preventing and responding to spills."