Feds deny that Iranian-Americans were detained at Washington border

The Council on American-Islamic Relations says travelers attending an Iranian pop concert in Canada were detained at the Peace Arch crossing in Blaine, Washington. 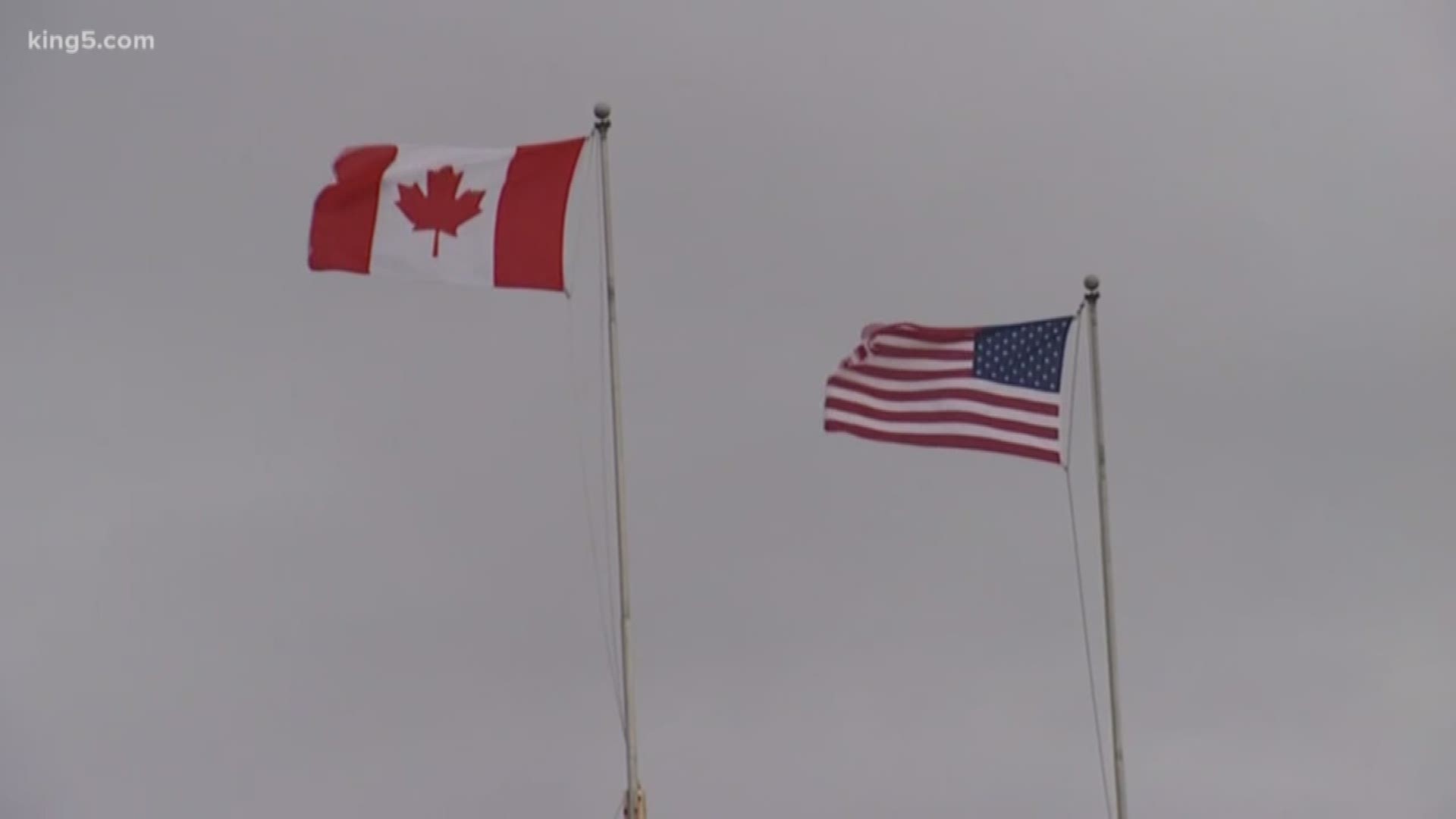 BLAINE, Wash. — The Washington state chapter of the Council on American-Islamic Relations (CAIR-WA) says they assisted more than 60 Iranians and Iranian-Americans who were stopped at the Peace Arch border crossing in Blaine, Washington.

In a statement to KING 5 on Sunday, CBP spokesperson Michael Friel said, "Social media posts that CBP is detaining Iranian-Americans and refusing their entry into the U.S. because of their country of origin are false. Reports that DHS/CBP has issued a related directive are also false."

Washington Gov. Jay Inslee tweeted on Sunday that the Department of Homeland Security "has informed my office they did not issue an order to detain or refuse entry to Iranian Americans. However, we are continuing to seek answers from federal officials and talk to those caught at the border."

The reports come amid growing tensions between Iran and the U.S.

CAIR-WA said on Sunday that people of all ages were detained at length and questioned as they tried to re-enter the United States. The council says most of the travelers had attended an Iranian pop concert in Vancouver, B.C. over the weekend.

Those detained were questioned about their allegiances and had their passports confiscated, according to CAIR-WA.

Rep. Pramila Jayapal tweeted on Sunday, "Deeply disturbed by reports that Iranian Americans, including U.S. citizens, are being detained at the Canadian border with WA State."

One woman wrote to KING 5 saying her group was detained for more than five hours. She wrote that others were detained more than 11 hours.

She wrote, "Border security staff were friendly. They too were not happy with orders to detain." The woman said that security asked her "the names of all my immediate family members, their birthdates, their location, and their occupation. They asked when was the last time I visited Iran."

Based on the current threat environment, CBP is operating with an enhanced posture at its ports of entry to safeguard our national security and protect the America people while simultaneously protecting the civil rights and liberties of everyone. CBP routinely adjusts staffing and operations to maintain the duel missions of border security and facilitation of lawful trade and travel. Processing times are the result of the current circumstances, including staffing levels, volume of traffic, and threat posture.

At the Blaine POE, wait times increased to an average of two hours on Saturday evening, although some travelers experienced wait times of up to four hours due to increased volume and reduced staff during the holiday season. Current wait times Sunday morning were about 40 minutes for passenger vehicles.

CBP does not discriminate based on religion, race, ethnicity, or sexual orientation.

Jayapal followed up on her statement Monday, saying it's unlikely that the processing time was the result of CBP being understaffed, adding that her office believes CBP was working under "some sort" of directive. Her office is "trying to get to the bottom of this."