Several leaders have pulled their endorsements of Sheriff John Urquhart after allegations of sexual assault. 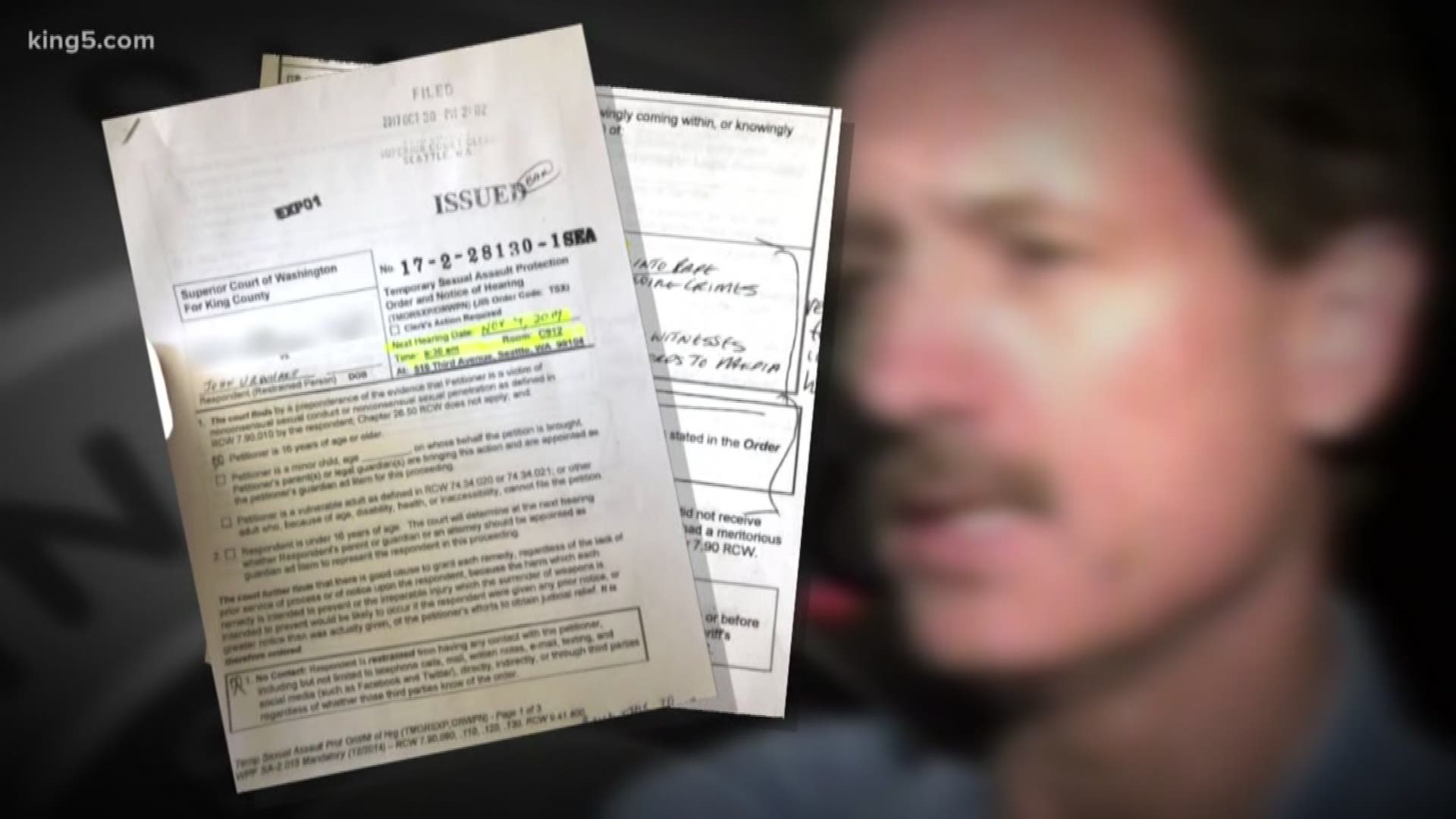 In the fallout from the accusations facing King County Sheriff John Urquhart, criticism is mounting for how he's defended himself.

While the sexual assault allegation against the county's top law enforcement leader is shocking enough, the strongest reaction seems to be how Urquhart is sharing information about the alleged victims who come forward.

When KING 5 interviewed Urquhart about the new allegation of sexual assault against him, he provided us with a binder of personnel records of the accuser, former deputy Brian Barnes.

He pointed to it as evidence Barnes was a litigious employee, repeatedly reprimanded for insubordination.

Urquhart claims all the documents were subject to public disclosure, despite some of them had been stamped "private and confidential."

But should some of the materials have been redacted in the public disclosure process?

"Absolutely not," he answered.

But the practice of impugning alleged victims is drawing criticism.

A former deputy claims Urquhart raped her in 2002, but federal and local investigators cleared him. Yet this week, a judge granted her a hearing and a temporary sexual assault protection order, which specifically asks the court to keep Urquhart from releasing her medical records and from defaming her.

In an email, she told KING 5, "Every time this happens I feel violated."

In a statement, County councilmember Jeanne Kohl-Welles wrote: "I am very concerned about how the Sheriff has handled matters, especially with regard to furthering a chilling effect on individuals' willingness to bring forward complaints…"

City Councilmember Lorena Gonzalez said, "...as a long time civil rights and employment law attorney, it is important to me to categorically reject these alleged tactics in any workplace."

Gonzales rescinded her endorsement, and other names have disappeared from the sheriff's endorsement list as well.

This afternoon, the entire list was removed, with a message stating "Our opponent's team is currently harassing our endorsers, so out of respect to our supporters, we are removing their names from public posting."

Asked if she or her campaign were contacting those who were endorsing him, Major Mitzi Johanknecht said, "No, he is desperate. We are not."

The King County Ombudsman's office confirmed they are investigating the sheriff and his Chief of Staff Chris Barringer for the improper release of records.

In a written statement, Urquhart said, "I have never released any private medical records of my accuser. Nor was there any offer to release medical records by anyone in my office. The Sheriff’s Office has no medical records. Anything to the contrary is a flat-out lie. “