A shooting in Federal Way killed a 17-year-old and injured three others. It is the latest act of violence that has community leaders looking for solutions. 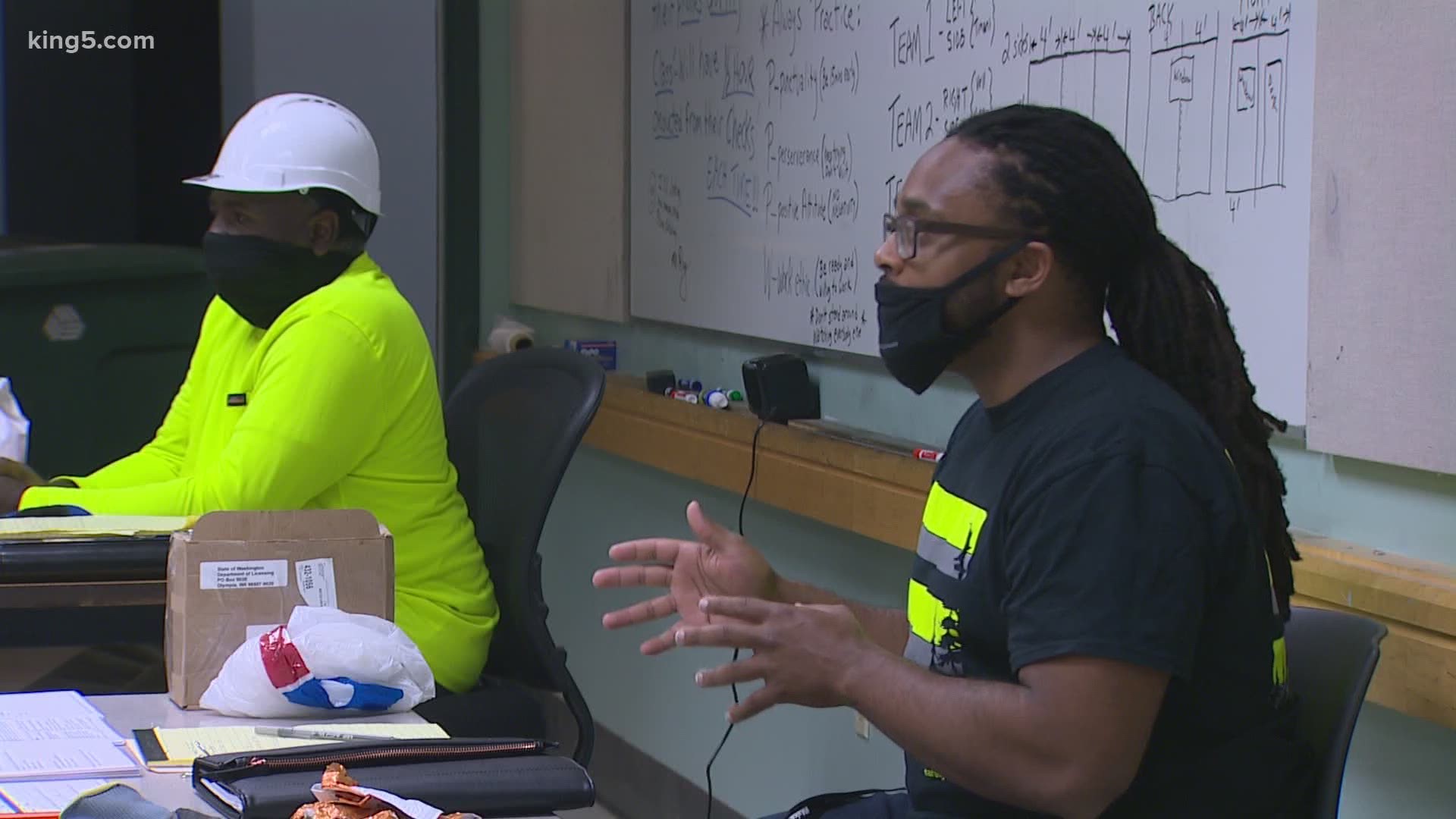 SEATTLE — A shooting on Monday night in Federal Way killed a 17-year-old boy and injured three others, including a 12-year-old boy who police say was a bystander.

It's one of many violent crimes that has happened this summer that has the attention of community leaders. The surge in shootings has local pastors taking action.

What Willis wants to do is help teens and young adults get away from trouble and into a career. He is using a classroom at Seattle Vocational Institute to help combat crime.

Pastor Willis, along with a team of mentors, is teaching the benefits of learning a trade. Students are earning an hourly wage while learning about construction and carpentry. They are now spending four weeks building tiny houses to provide a place for the homeless to stay during the COVID-19 pandemic.

"When you show up and you do your hours, you can get paid for that," Willis told the class.

The pastor's timing is no accident: He's sending the message that there's a better way to succeed in life as cities see a surge in shootings that have claimed the lives of young Black teens and men.

This summer, a shooting in Kent injured six people, and there has been a cluster of crime scenes recently in Seattle. Data from Seattle police shows as of July 6, the department had been called to five more homicides than it had compared to the same time frame the year before.

"You kind of become a product of your environment when stuff like that does happen. I understand it, but at the same time, it doesn't have to be that way," said student Alvon Collins of Tacoma.

Collins is listening to Willis and other mentors who are leading the program as he considers a career in construction.

"We want to be able to continue to form a family because it takes a village," said Willis.

Willis said Port of Seattle provided funding for the program, and Walsh Construction made a $25,000 donation.

RELATED: Pastors concerned about Seattle shootings: 'We have got to give our young people hope'