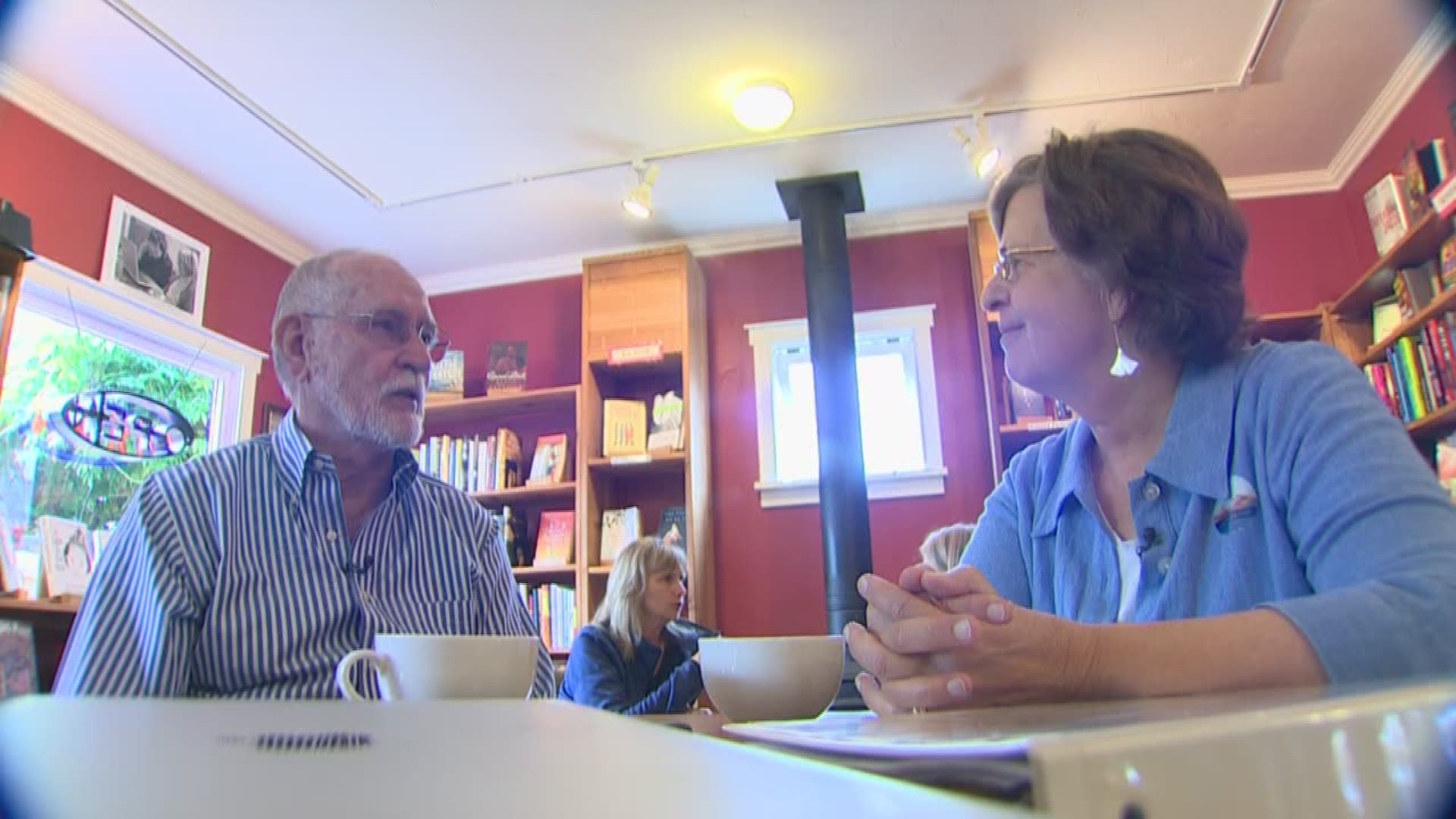 Whidbey Island is a land divided by politics, separated north and south.

The north end is a conservative Navy town, home to the Whidbey Island Naval Air Station.

The south is largely liberal - much more farm town than fighter jet.

Somewhere in between is Commons Coffeehouse. On Friday, it was ground zero in the search for common ground on issues as divisive as illegal immigration.

"I would personally like to see them be able to stay," said Cathy Whitmire.

"But they are not citizens of the United States," countered Jim Campbell.

Whitmire is a retired social services worker from the south end of Whidbey.

Campbell is a Navy veteran from the north.

As they sipped coffee Friday afternoon it was evident they don't agree on much.

Except for one thing.

"We want to have a real emphasis on civility," said Whitmire.

"Yes," agreed Campbell. "One of the keys to what we're trying to do is to get people to just listen."

After seeing friends and families torn apart by the last election, the pair formed a group called Civility First. It's a non-political gathering of liberals, conservatives and everything in between from both ends of the island.

"We want to help create, literally, a more perfect union where we can communicate about the issues that matter to all of us," said Whitmire.

The group is asking people to sign a pledge saying they will simply be decent and respectful to one another during political conversations, and all other discourse for that matter. They will make an effort to actually listen to differing opinions, and forgive one another when they fail.

Member Dave Caufman picked up a few signature Friday afternoon. He said he's doing it for his grandkids.

"It's disturbing that the polarization happening on a national level is reflecting itself in our local communities," said Cauffman. "We have to put an end to that."

Organizers are taking their campaign to churches, schools and social groups on the island.

Among the tips they give for not losing your cool during a discussion: Ask more questions instead of just firing back predetermined answers.

"Take a deep breath and say, 'Tell me more,'" said Whitmire. "If you take the time to listen, you might begin to understand where that person is coming from."

"We're not gonna get anything done in this country if we all we do is fight," added Campbell. "We've got to find common ground."

For more information on Civility First and to take the pledge, go to CivilityFirst.org.

Organizers with Civility First are happy to help establish similar groups in other parts of Western Washington.