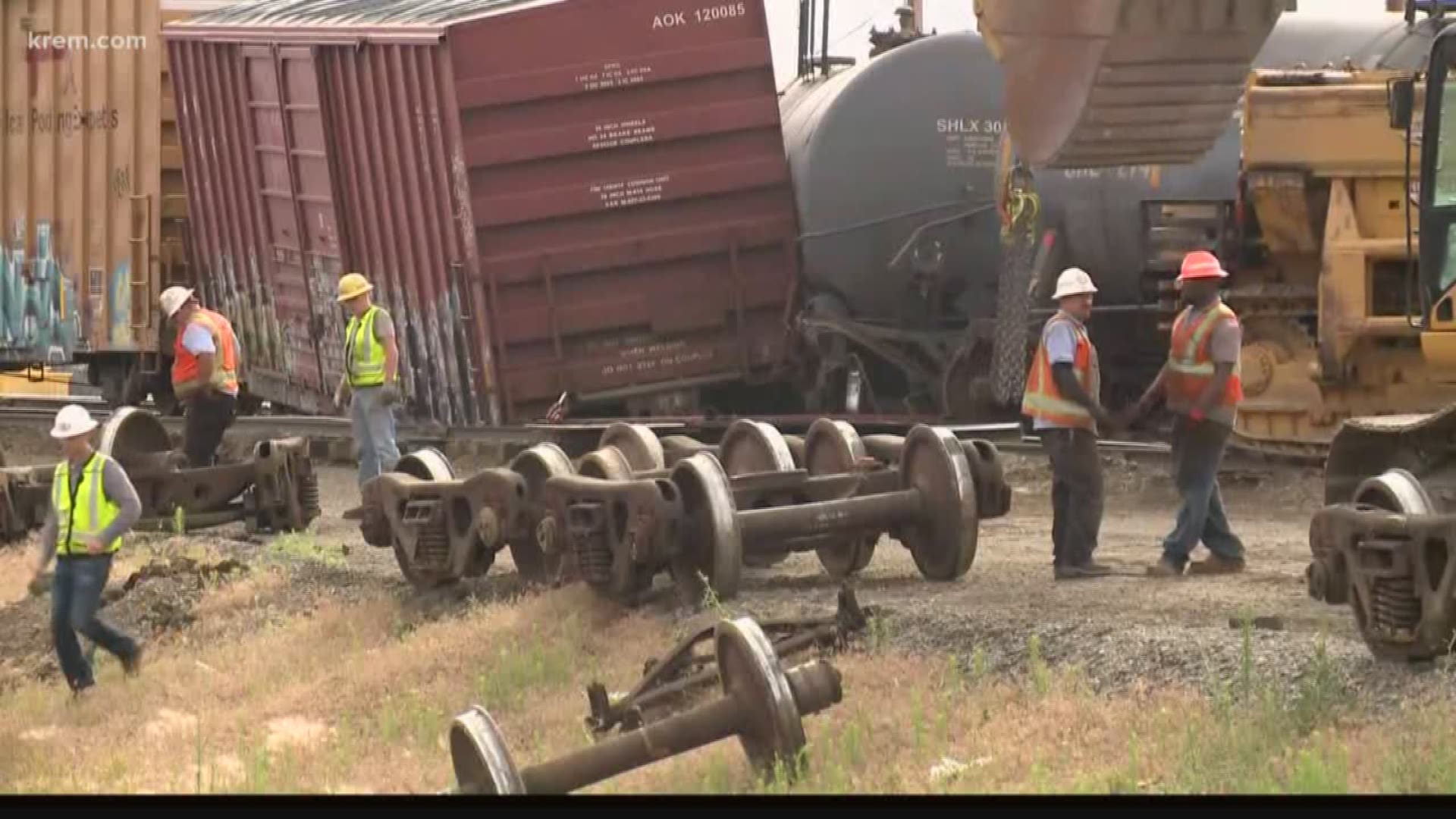 Union Pacific spokesperson Tim McMahan said the first train derailed near Havana Street and Sprague Avenue at about 10:40 p.m. on Tuesday. No one was injured and the main line was not affected.

The rail cars that derailed on Tuesday were carrying molten sulfur but no leaks were detected, McMahan said. Some lumber was spilled and damaged.

McMahan told KREM that a preliminary investigation found that cars in the yard made contact with a departing train. He clarified that the cars did not strike the back of the train.

This information has been passed on to the Federal Railroad Administration, McMahan said.

After KREM received a viewer tip about a second derailment in the same yard, we reached out to McMahan for confirmation.

He confirmed that two tank cars carrying diesel fuel and molten sulfur derailed upright in a different location of the Spokane Yard at about 9:03 p.m. on Wednesday. None of the materials leaked as a result of the derailment.

RELATED: How dangerous is molten sulfur? Train cars carrying it derailed in Spokane

McMahan told KREM that the cars were re-railed at about 2 p.m. on Thursday.

The cause of the second derailment was track-related, McMahan said.

"Safety is Union Pacific's No. 1 priority. As a company, we continuously look for innovative approaches to enhance the safety of our employees, our communities and the customers we serve," McMahan said in a statement to KREM. "We invest in training, research and development, and public education —  all with the goal of increasing rail safety awareness and improving safety."

Are train derailments common in the Spokane area?

According to records from the Federal Railroad Administration, 34 derailments have occurred in Spokane County since 2009. Of those incidents, 22 were human-cased. Ten derailments were caused by tracks. A rail signal caused another accident while another cause was listed as "other," according to FRA data.

At least one derailment a year occurred during the time span. Five derailments were reported in 2013 alone.

No injuries or deaths were reported. The total amount of damage reported from all derailments totaled $2,506,260.