Union leaders are urging the city council to approve the proposed contract between the Seattle police union and city, just days after the Community Police Commission voted against it. 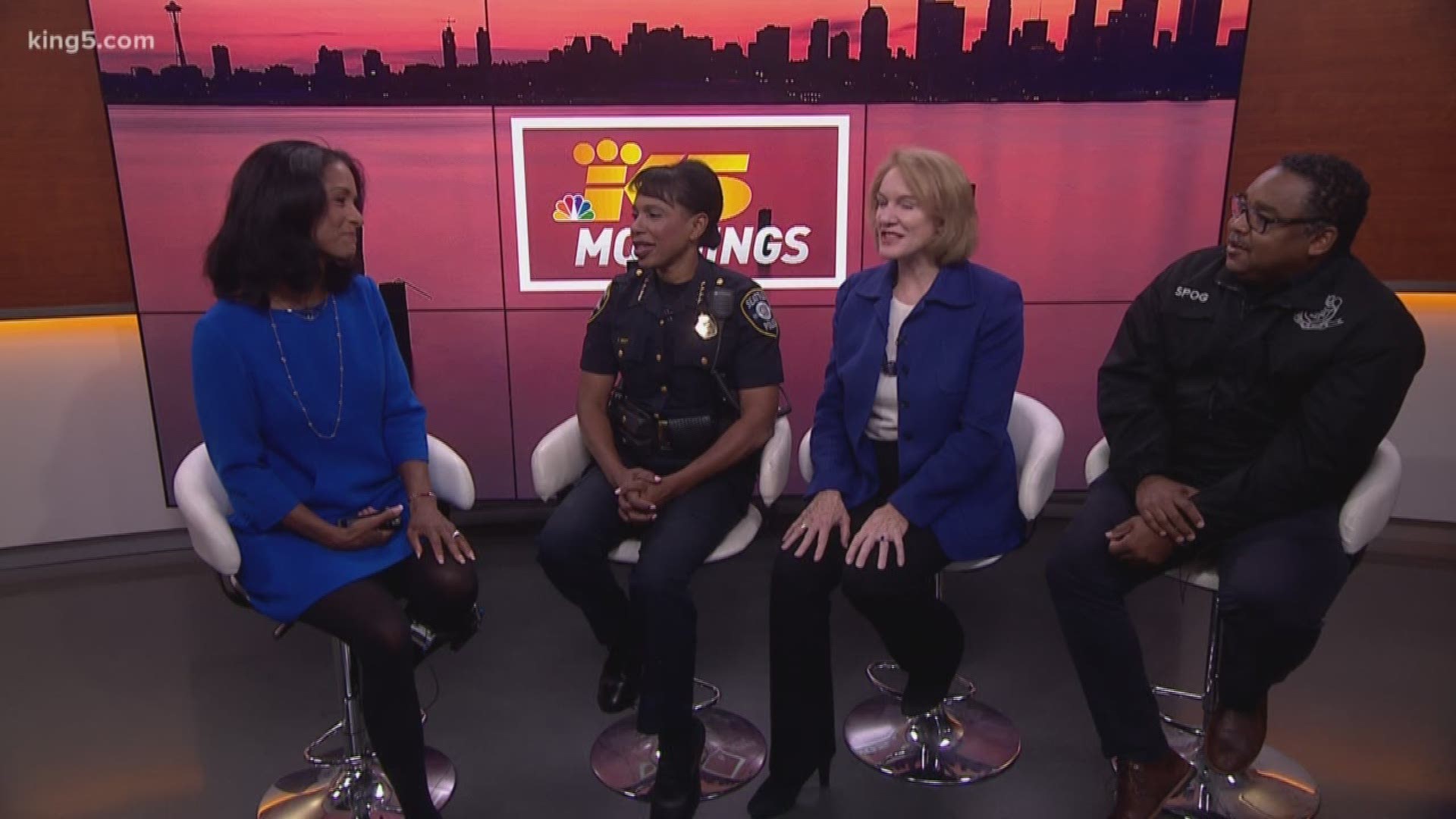 Union leaders are urging the city council to approve the proposed contract between the Seattle police union and city, just days after the Community Police Commission voted against it.

They held a rally Friday afternoon to encourage the council to vote in favor of the contract that was overwhelmingly approved by Seattle Police Officers' Guild members in September.

Seattle Mayor Jenny Durkan said it was a long time coming. Police aren't being paid "a penny more" than they were in 2014, she said Friday. The last contract between the police union and city expired at the end of 2014.

Under the deal, guild members would receive “wage increases, changes to the OPA disciplinary system to include the new Inspector General position and two civilian investigators for the Office of Police Accountability, and the acceptance of the Body Worn Video Camera Program,” according to a press release.

On Friday, the Commission responded to the union rally.

“I would like the CPC to be able to support this contract,” said Lisa Daugaard, the commissioner of the group. “Among other things, the men and women who work for the police department deserve a contract. They deserve a fair wage. They deserve this chapter to be over, and why we don’t have a contract at this point, I would agree with our colleague Kevin Stuckey, can’t be laid at the feet of SPOG.”