Robles, a father of three, has taken shelter in Gethsemane Lutheran Church in downtown Seattle for more than a year to avoid deportation to Mexico. 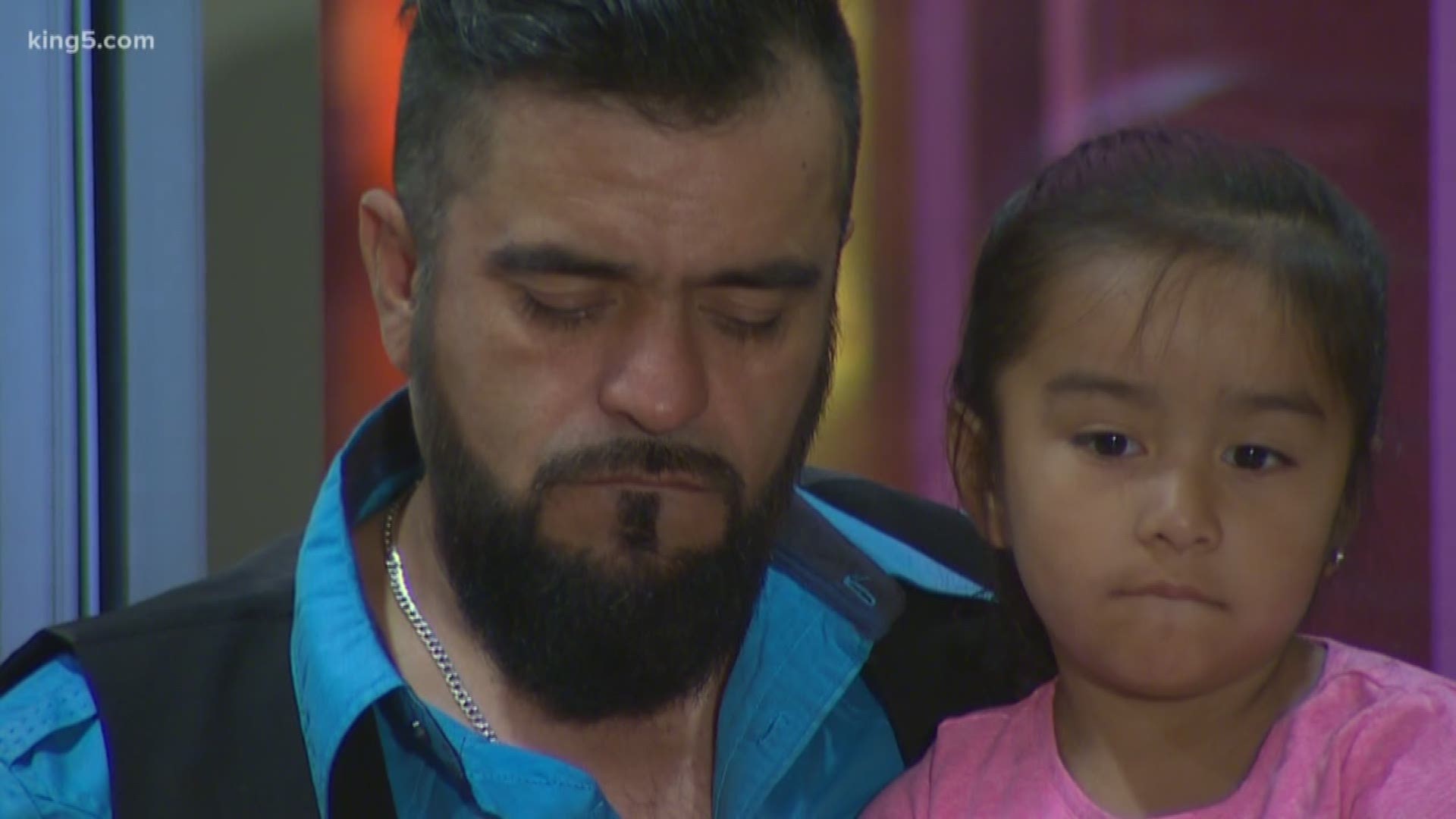 SEATTLE — Jose Robles, a father of three, has taken shelter in Gethsemane Lutheran Church in downtown Seattle for more than a year to avoid deportation to Mexico.

On Thursday, supporters came together on his behalf to help keep him in the United States with his family.

“We are gathered here today not because of Jose Robles, but in support of Jose Robles,” said Karen Guzmxn, of Colectiva Legal del Peublo, which is helping him with his immigration case.

Robles still faces deportation, and fears being separated from his family. He entered sanctuary instead of boarding a flight to Mexico, and has not left the church since. His case began with traffic violations.

RELATED: Man has lived one year in Seattle church to avoid deportation

An ICE policy on ‘sensitive locations’ allows him to stay there. The guidance directs agents not conduct enforcement actions at health care facilities, places of worship, funerals and weddings and public demonstrations unless there are extenuating circumstances.

Robles’ legal team believes he qualifies for a U-visa, which is intended for victims of violent crimes that cooperate with police. Robles was assaulted during a robbery, but Lakewood Police would not certify his application.

Eventually, an outgoing Pierce County Attorney signed off on the form, allowing the application to move forward, according to his attorneys.

The city of Lakewood has repeatedly said it cannot discuss the specifics of Jose’s case.

“This is not unique,” said Sandy Restrepo, Robles’ attorney and co-founder of Colectiva Legal. “His story is one of millions of people that are trying to stay here to have a better life with their families.”

Robles’ team fears getting the U-visa approved could take years and the prospect of that time being holed up inside the church is daunting.

So Robles and supporters plan to lay their cards on the table Wednesday when they will march to the ICE and U.S. Citizenship and Immigration Services (USCIS) building on Tukwila International Blvd, where Robles will request a stay of deportation and expedited processing of his visa application.

“I can say that I’m not afraid to go, but I am afraid,” Robles said through his attorney. “And I don’t want to leave my family here with debts and not my support. Which is why I need the support of you all.”

The group plans to gather at Riverton Park United Methodist nearby at noon on July 17.

Robles’ team doesn’t know if he will be detained and deported, or whether he will be able to return to his family and live in the U.S. as he continues to fight his case.

His daughter Natalie, who turns 10 this month, shared words from a letter she wrote.

“It will be my saddest birthday ever,” she said. “Knowing people in this world want to separate me and my dad. My dad is my superhero.”

Restrepo described it as putting himself at the mercy of ICE.

“Now we’re asking for ICE and USCIS to do the right thing, and one is to not detain him or deport him. He’s been here in sanctuary, but sanctuary is not a long-term solution. Jose wants to be reunited with his family and be free to work, and be free to live his life.”

An ICE spokesperson said it had nothing to add to previous statements on Robles’ case.

“ICE doesn’t have any additional information to provide on this case at this time,” they wrote. “Pursuant to ICE policy, determinations regarding the manner and location of arrests are made on a case-by-case basis, taking into consideration all aspects of the situation, including the target’s criminal history, safety considerations, the viability of the leads on the individual’s whereabouts, and the nature of the prospective arrest location.”