Authorities reported no injuries as a result of the blast. 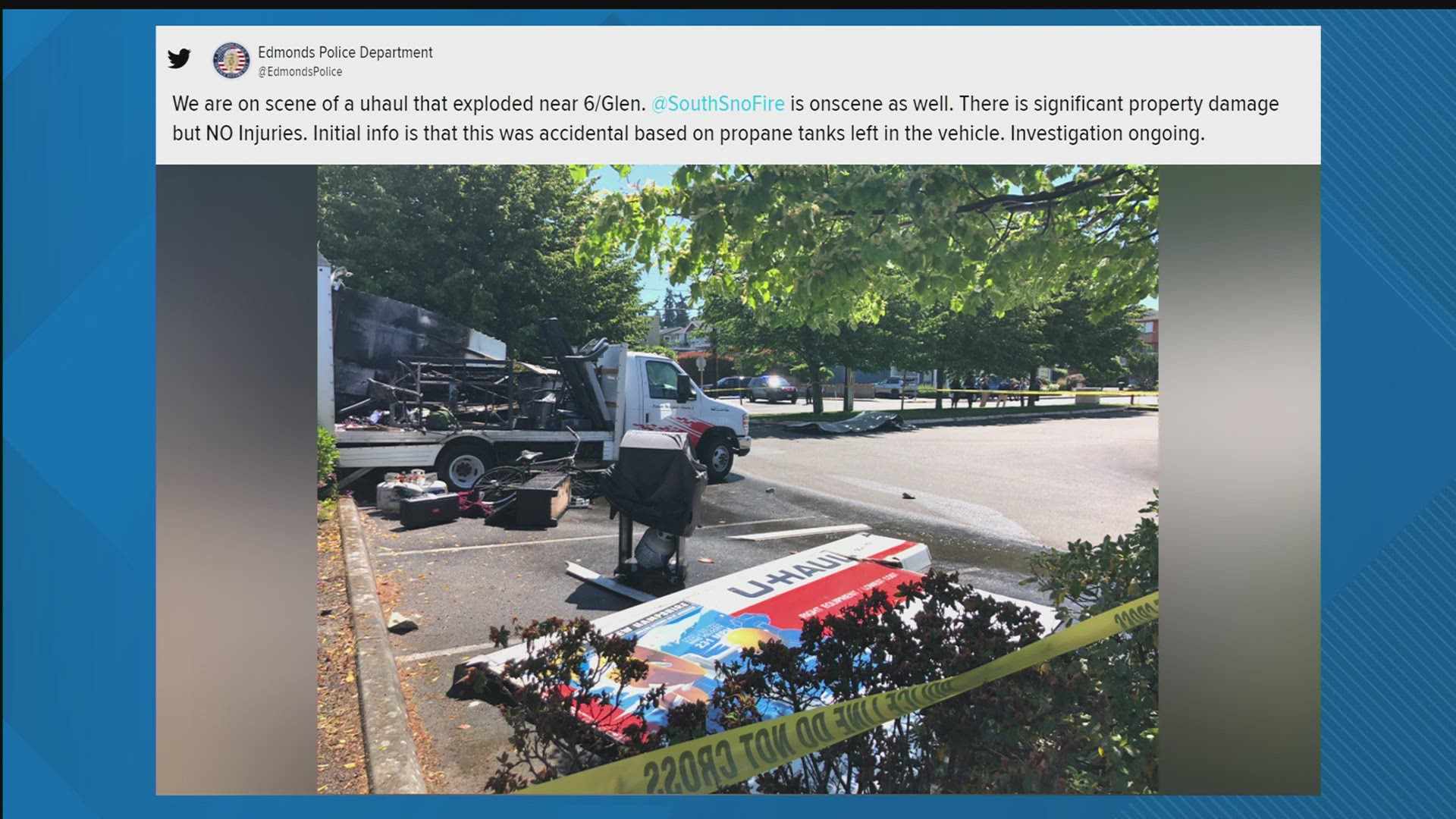 EDMONDS, Wash. — An investigation is underway after a U-Haul exploded in Edmonds Tuesday morning.

The Edmonds Police Department and South County Fire responded to the scene near 6th Avenue N and Glen Street.

Officers said that there was significant property damage but no injuries as a result of the blast.

We are on scene of a uhaul that exploded near 6/Glen. @SouthSnoFire is onscene as well. There is significant property damage but NO Injuries. Initial info is that this was accidental based on propane tanks left in the vehicle. Investigation ongoing. pic.twitter.com/OsJHiIJqFx

The fire marshall is also assisting with the investigation.