Tennessee wildlife officials tested a pilot program that targeted tourists' phones with videos and ads to educate them about bear safety. 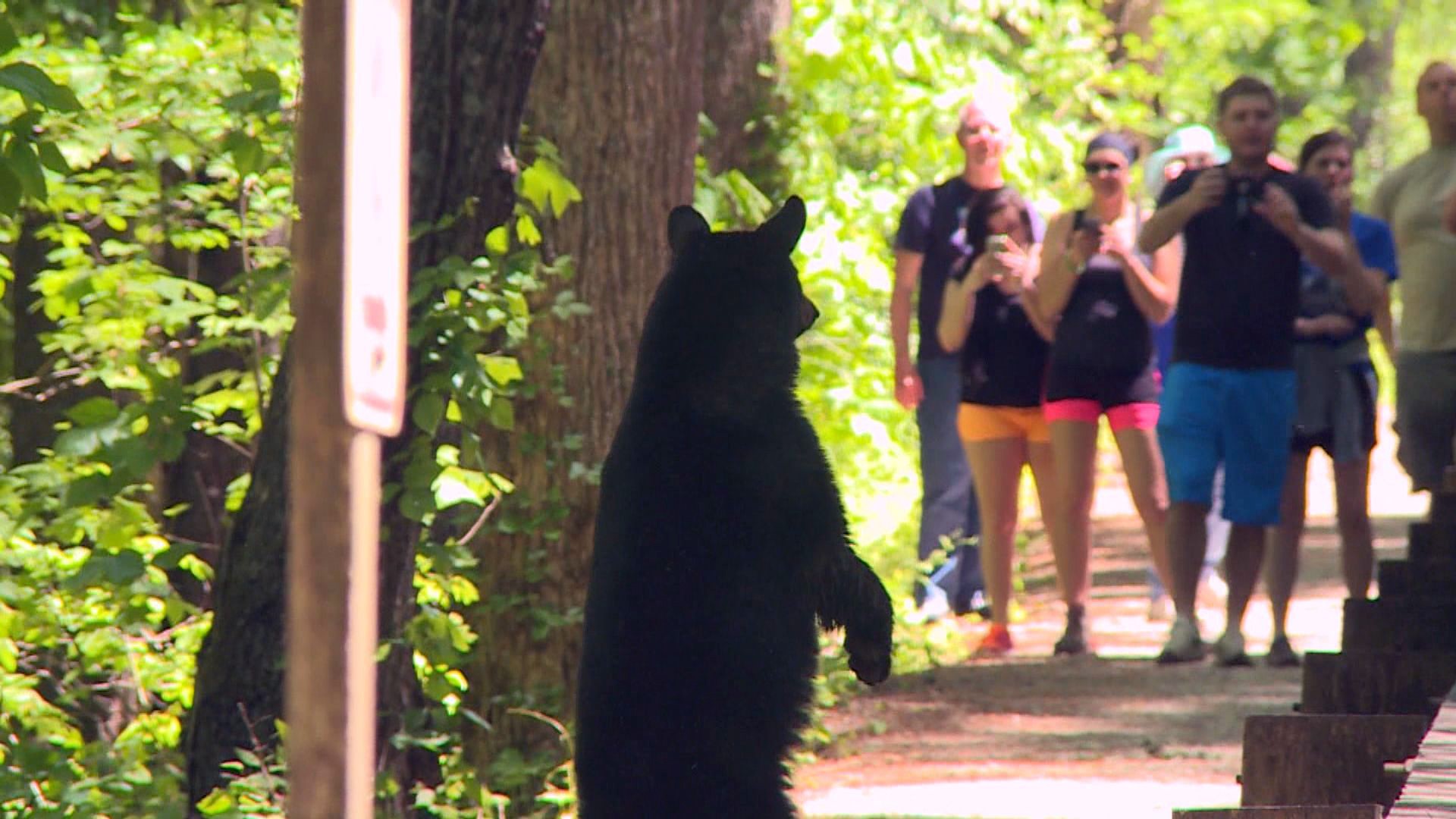 For problem-bears that become conditioned to seek food from humans, in some cases the animals have been relocated and tracked with GPS collars.

In the last year, TWRA has measured the effectiveness of an additional approach: tracking tourists.

Credit: WBIR
View of Gatlinburg, Tenn., from an overlook on the bypass to the Great Smoky Mountains National Park.

"Utilizing people's phones and GPS technology, we're able to put some geofences around some areas that had high activity for bears.  When people crossed into those areas, they could potentially get some information about bears," said Dan Gibbs, TWRA wildlife biologist.

The targeted marketing campaign reached almost 1.8 million visitors during the three-month pilot program.  In addition to pop-up ads and sponsored messages appearing online for people located in areas with bears, the campaign targeted people who searched for cabin rentals around the Great Smoky Mountains National Park.

"We targeted people who were looking to go to Gatlinburg or Sevier County," said Gibbs.  "We have lots of educational programs for people who live in these areas. But with tourists, we get so many new people every weekend coming in and it's almost as if you're constantly starting over trying to educate these people."

The targeted campaign helped ensure a newcomer to the area does not miss important information about how to interact with bears and prevent attracting the animals.

"We made sure they know not to approach bears, not to touch bears, not to feed bears, and how to dispose of trash.  With cabin rentals, a lot of bear-resistant trash cans get so full that they overflow and attract bears. If the lid will not close, do not keep piling more trash in the can.  We also get a lot of issues with people throwing scraps out in the woods or dumping cooking grease outside.  Then a bear will come in and get those scraps."

Gibbs gave some practical advice for food scraps. Rather than immediately dumping all food in an outdoor trash can where it can create an odor that attracts bears, Gibbs recommends storing them in a bag in the refrigerator or freezer until the day trash is collected by garbage trucks.

TWRA wants to measure the effectiveness of the program by getting feedback from people who received the ads and video links.  As it learns more about what grabbed the attention and resonated with visitors, TWRA hopes to get funding to continue the online marketing campaign in Sevier County and beyond.

"If we have a lot of bear activity in a specific area and we want to get information out to people really quickly, this is going to be a great tool," said Gibbs.  "We have done surveys statewide. Across the board, bears are very important to Tennesseans.  And we want to help people live responsibly with black bears."