Trump threatens to 'take back the city' if Seattle, state officials don't

President Donald Trump told Gov. Jay Inslee and Seattle Mayor Jenny Durkan that they need to "take back" the city from protesters. 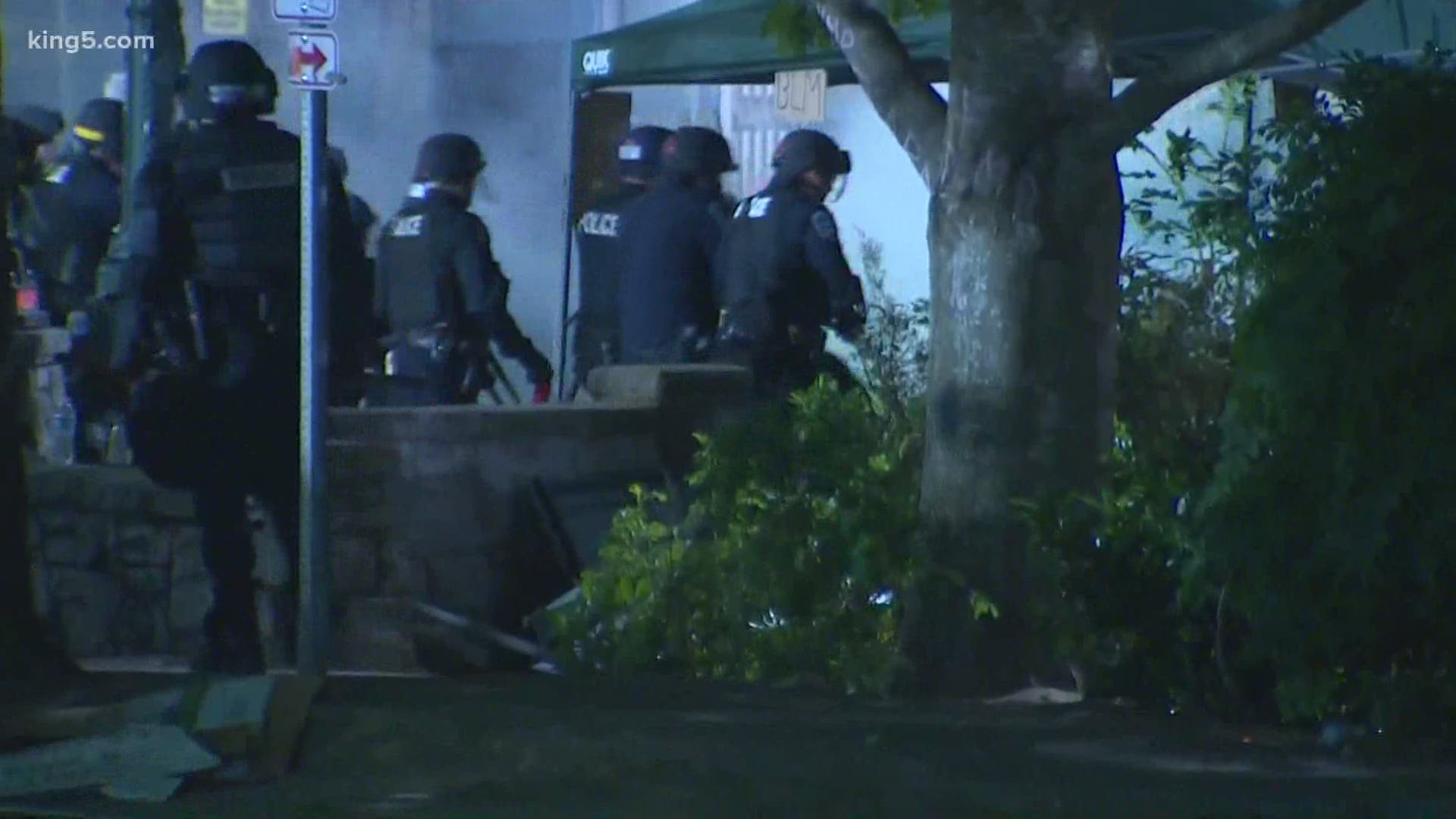 SEATTLE — On Wednesday night, President Trump tweeted to Gov. Jay Inslee and Seattle Mayor Jenny Durkan, telling them "Take back your city NOW. If you don’t do it, I will."

President Trump was referring to what Seattle protesters are calling the "Capitol Hill Autonomous Zone," or "CHAZ".

After several days of violent clashes between police and demonstrators on Capitol Hill, Seattle police reopened the streets so people could march in front of the East Precinct.

Instead, protesters have set up tents and have blocked streets.

The perimeter stretches from 13th Avenue past 11th Avenue, near Cal Anderson Park, and it runs from East Olive Street to East Pike Street.

RELATED: Protesters set up camp near Seattle East Precinct police station — and have no plans to leave

Protesters say "CHAZ" is a welcome community where this is no leader and a unified message.

The President tweeted: "Radical Left Governor @JayInslee and the Mayor of Seattle are being taunted and played at a level that our great Country has never seen before. Take back your city NOW. If you don’t do it, I will. This is not a game. These ugly Anarchists must be stooped [sic] IMMEDIATELY. MOVE FAST!"

In response, Gov. Inslee tweeted: "A man who is totally incapable of governing should stay out of Washington state’s business. “Stoop” tweeting."

Seattle Mayor Jenny Durkan replied on Twitter with "Make us all safe. Go back to your bunker. #BlackLivesMatter"

In a second tweet, President Trump followed up with, "Domestic Terrorists have taken over Seattle, run by Radical Left Democrats, of course. LAW & ORDER!"

RELATED: Trump tells Seattle 'Take back your city NOW' or 'I will'

"If the president wants to show leadership, and that he cares about the people in this state, he should send us the PPE we've needed for months."