Two protests were held simultaneously in downtown Seattle-- one supporting law enforcement and the others protesting against police brutality. 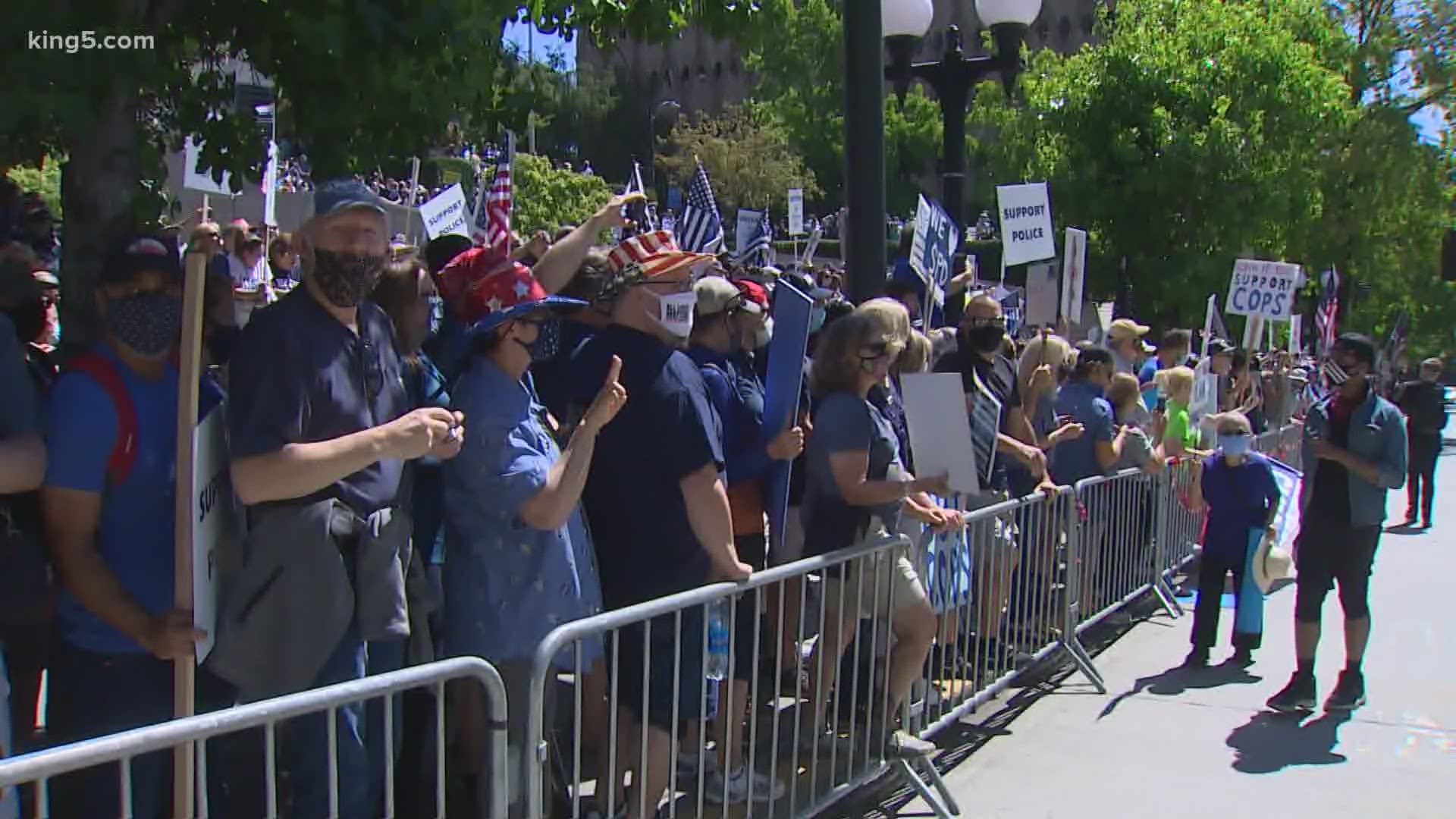 SEATTLE — Two protests were held simultaneously in downtown Seattle-- one supporting law enforcement and the others protesting against police brutality.

Protests have been happening in Seattle and across the country since May, when George Floyd, a Black man, was killed in Minneapolis police custody.

Since then, there has been a national rallying cry to defund police departments by at least 50%.

However, not everyone is in support of defunding police. A large crowd of pro-law enforcement demonstrators came out to Seattle to show their support.

The Seattle City Council will meet on Monday to discuss further budget changes. A vote on police budgets is expected.

“I hope that tomorrow’s vote they’re being influenced to vote no. Because the ignored majority is finally being heard. The unreasonable activism must stop and the unreasonable communities saying no more to this defund nonsense because it’s got everybody’s public safety in jeopardy," said Mike Mike Solan, president of the Seattle Police Guild.

If the vote goes forward, there will be a significant cut in funding to the Seattle police department, but not the 50% that has been the national rallying cry.

Streets in Seattle appear to be cleared up with traffic flowing normally.

Protesters are still lingering downtown, blocking traffic in some areas. As of now, all lanes are blocked on 4th Avenue northbound from Columbia Street.

The Seattle Department of Transportation is issuing traffic alerts as roads are blocked. Follow their updates here.

The pro-law enforcement rally held at city hall has dispersed. Most supporters have left, but a few stragglers have stayed behind.

Counterprotesters still remain on the street.

A pro-police 'Back the Blue' rally is being held outside city hall in downtown Seattle.

Individuals are seen waving American flags and have signs that say "Back SPD" and "Stop Defunding."

The group is behind a metal barricade on 4th Avenue.

Back the Blue supporters were being met with counter-protesters across the street.

Police are separating the counter-protesters with bikes.

Demonstrations have closed all northbound lanes on 4th Avenue to traffic from James and Cherry Streets.