Two Bothell officers were shot during a pursuit late Monday. One officer was killed and another was wounded. The suspect is in custody. 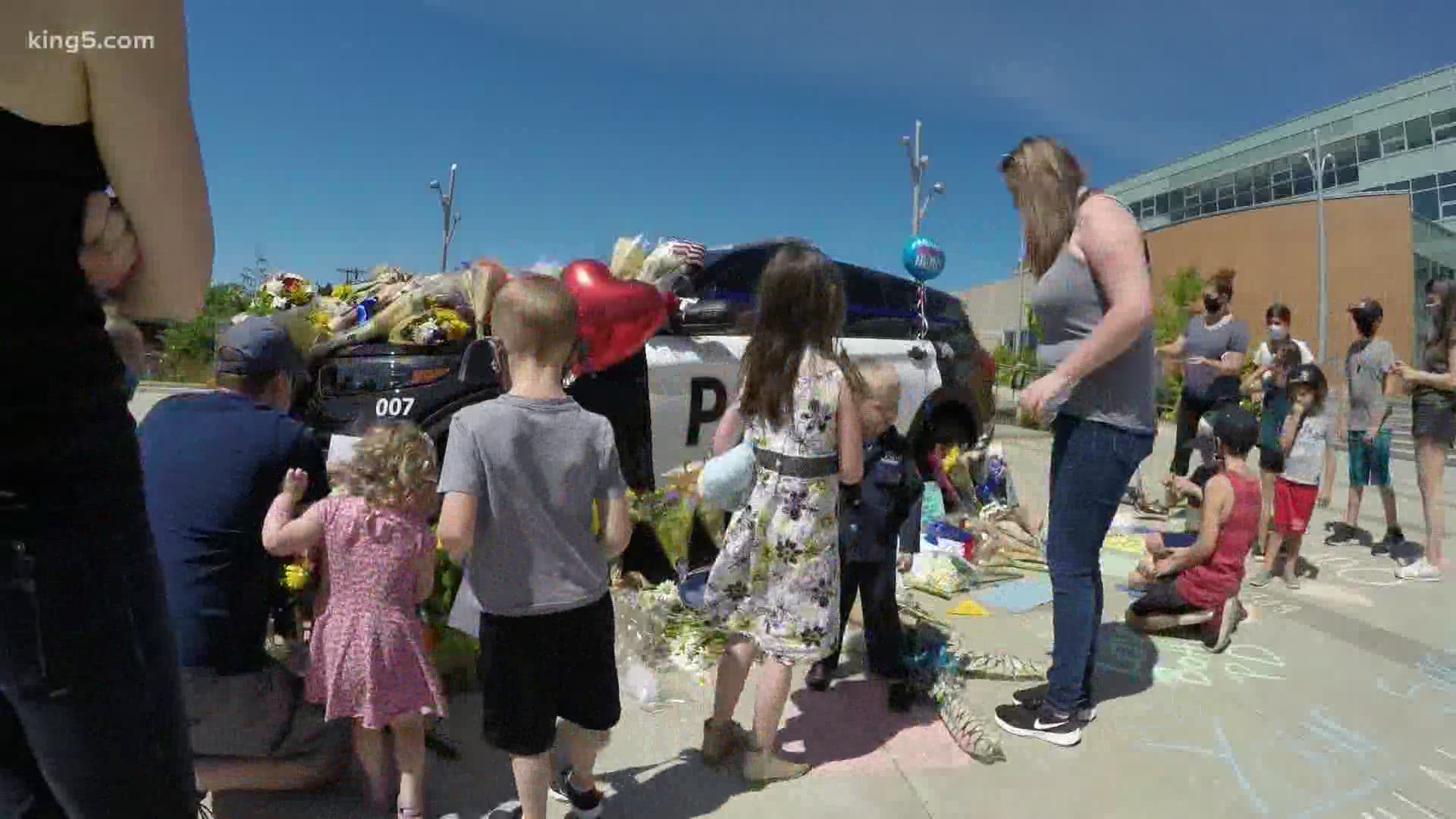 BOTHELL, Wash — A Bothell police officer was killed and a second officer was injured in a shooting after a traffic stop turned into a police pursuit Monday night.

The fallen officer has been identified as Officer Jonathan Shoop, who started his law enforcement career with the Bothell Police Department on June 3, 2019.

The police pursuit started around 9:40 p.m. Monday when officers attempted to pull over a black sedan on State Route 522.

During a short pursuit, the suspect hit a man on a scooter before crashing into a median, according to Snohomish County Multiple Agency Response Team spokesperson Aaron Snell.

The Snohomish County Multiple Agency Response Team (SMART) released the following information Tuesday: "According to video footage and witnesses, a male exited the Pontiac and walked towards the police SUV while firing a handgun at it. The male then ran from the scene as the police SUV continued forward, glanced off the Pontiac and rolled several hundred yards before coming to a stop against a tree."

Snell said there was “an exchange of gunfire” after the crash, which nearby residents captured on cell phone video. The SMART report said it appears the 2nd officer returned fire from Shoop's passenger seat.

Shoop died at the scene, and the second officer was taken to Harborview Medical Center in Seattle. He has since been released. 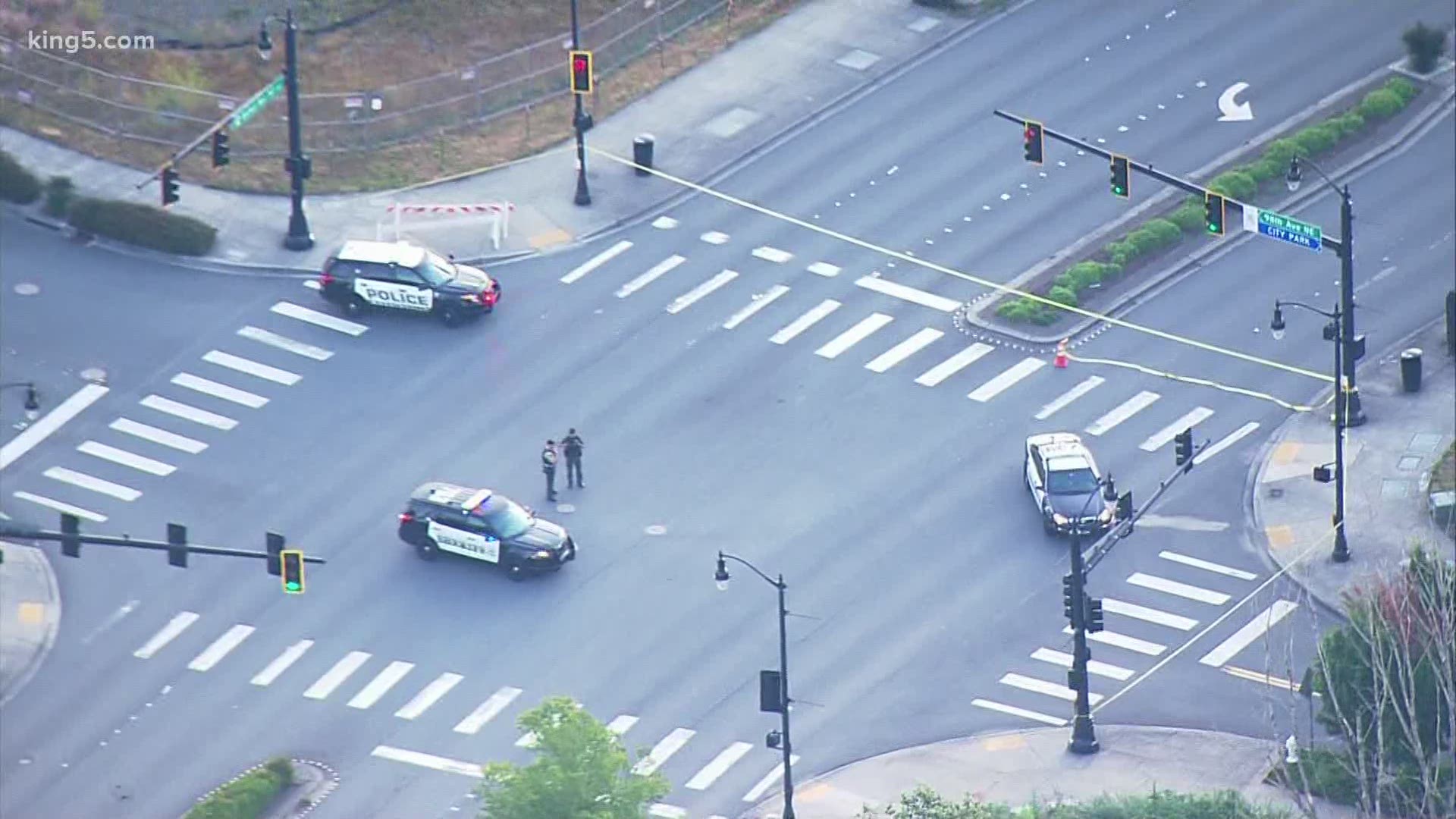 "The suspect was on a roof of a nearby business, and was getting down off that roof when they were arrested," said Snell, adding that the suspect had apparently gotten stuck at some point.

The SMART report said the 37-year-old suspect "was booked into the King County Jail on probable cause for murder, assault, and vehicular assault. A charging decision will be made by the King County Prosecuting Attorney’s Office."

Police have not released the suspect's name. It is currently unknown what led to the traffic stop. 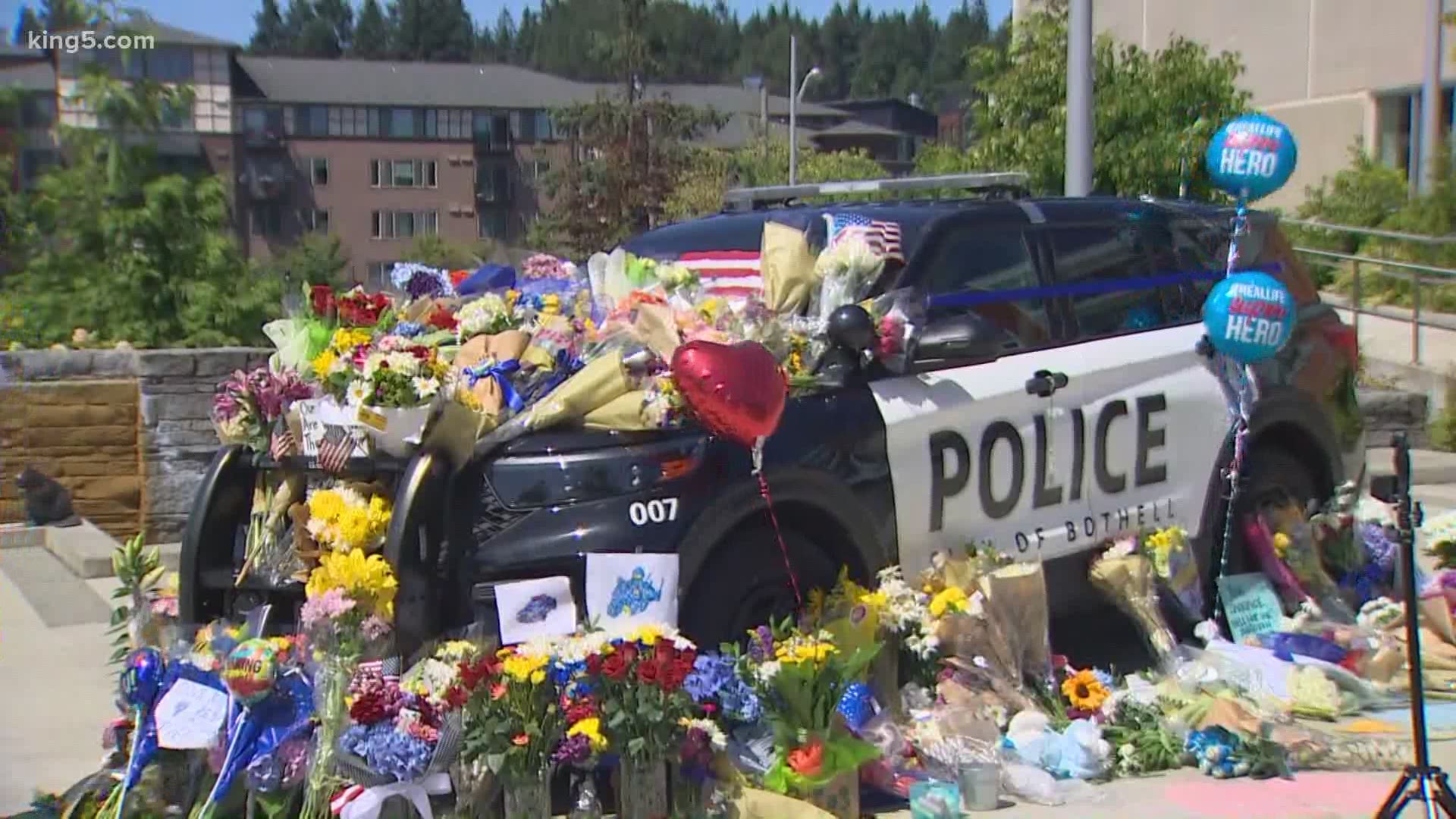 Bothell Police said Shoop joined their department after serving with the U.S. Coast Guard. He is survived by his fiancée, mother and two brothers.

"It's a tough situation," said Snell. "These guys put their lives on the line all the time every day. We'll keep working through it. We'll do a good thorough investigation and find out what happened and why."

The killing is believed to be the first in the history of the Bothell Police Department.

The fallen officer’s body was put into an ambulance around 7:20 a.m. Tuesday. A procession of police vehicles escorted the ambulance to the medical examiner’s office in Snohomish County.

A memorial continues to grow for Shoop outside Bothell City Hall, where his patrol car is parked. See timelapse footage of the tribute: 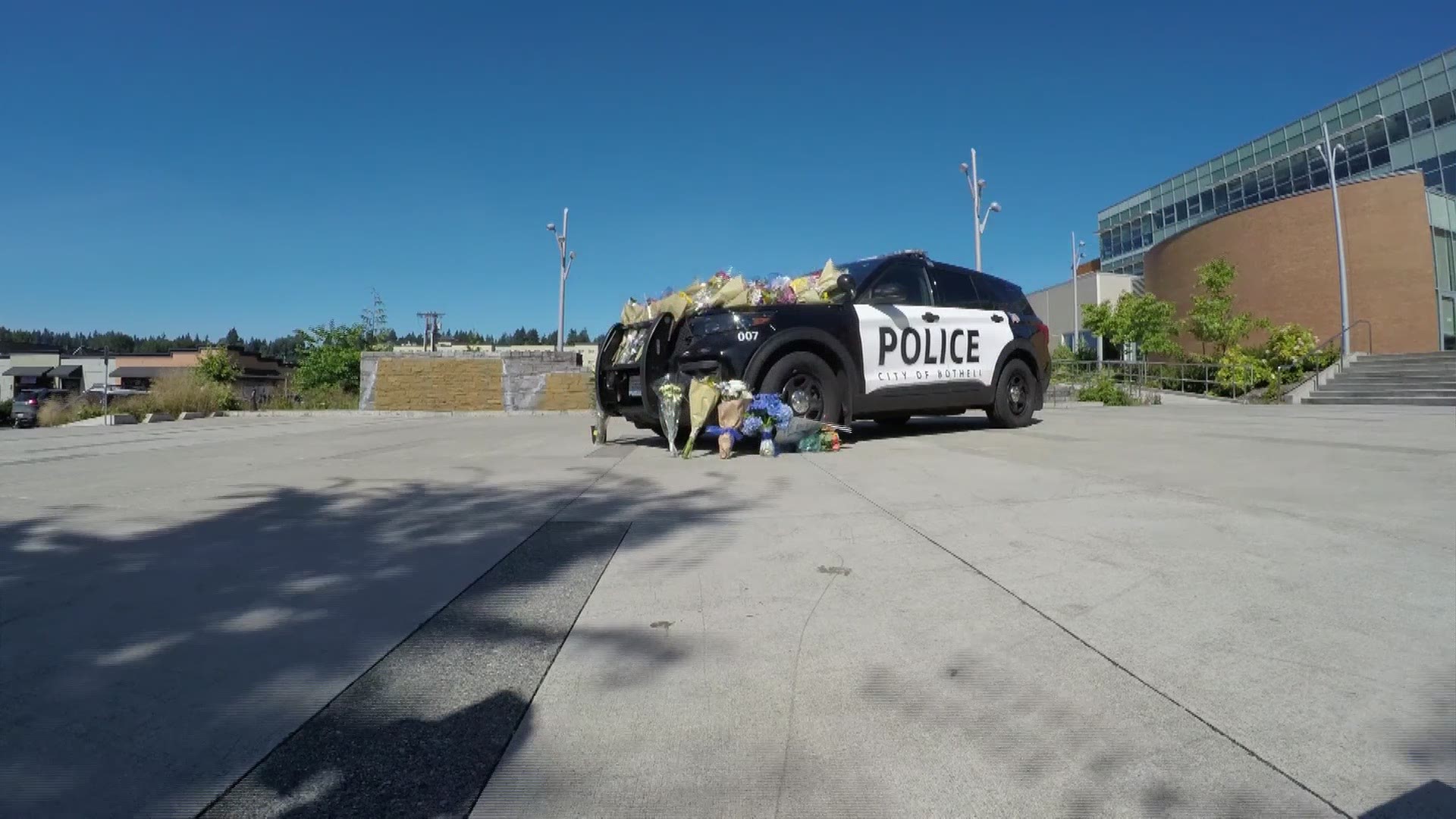 The 20-year-old man on the scooter who was struck by the suspect was taken to Harborview where he is in satisfactory condition, according to Susan Gregg, a hospital spokesperson.

Gregg said the second officer that was injured in the shooting was treated and released from the hospital.

“Trudi and I join Washingtonians in mourning the loss of one of Bothell’s finest,” Gov. Jay Inslee said in a statement. “While more information is still being gathered, it appears that the injuries to a second officer shot last night do not seem to be life-threatening. We are relieved to know a suspect has been apprehended and we will continue to follow this situation. I send the deepest condolences to the family and friends of this public servant who was killed while serving the community.”

Earlier Monday evening, six people were hurt in a shooting near La Plaza shopping center in Kent. Police said the shooting was not random.

A short time later, a shooting was reported inside the Target store at The Landing in Renton. A 15-year-old boy was shot inside the store and a suspect fled the scene. Police said the shooting was not random.