The King County Prosecuting Attorney's Office named two of the 18 individuals arrested in what was later deemed a 'riot' in SODO on Sunday night. 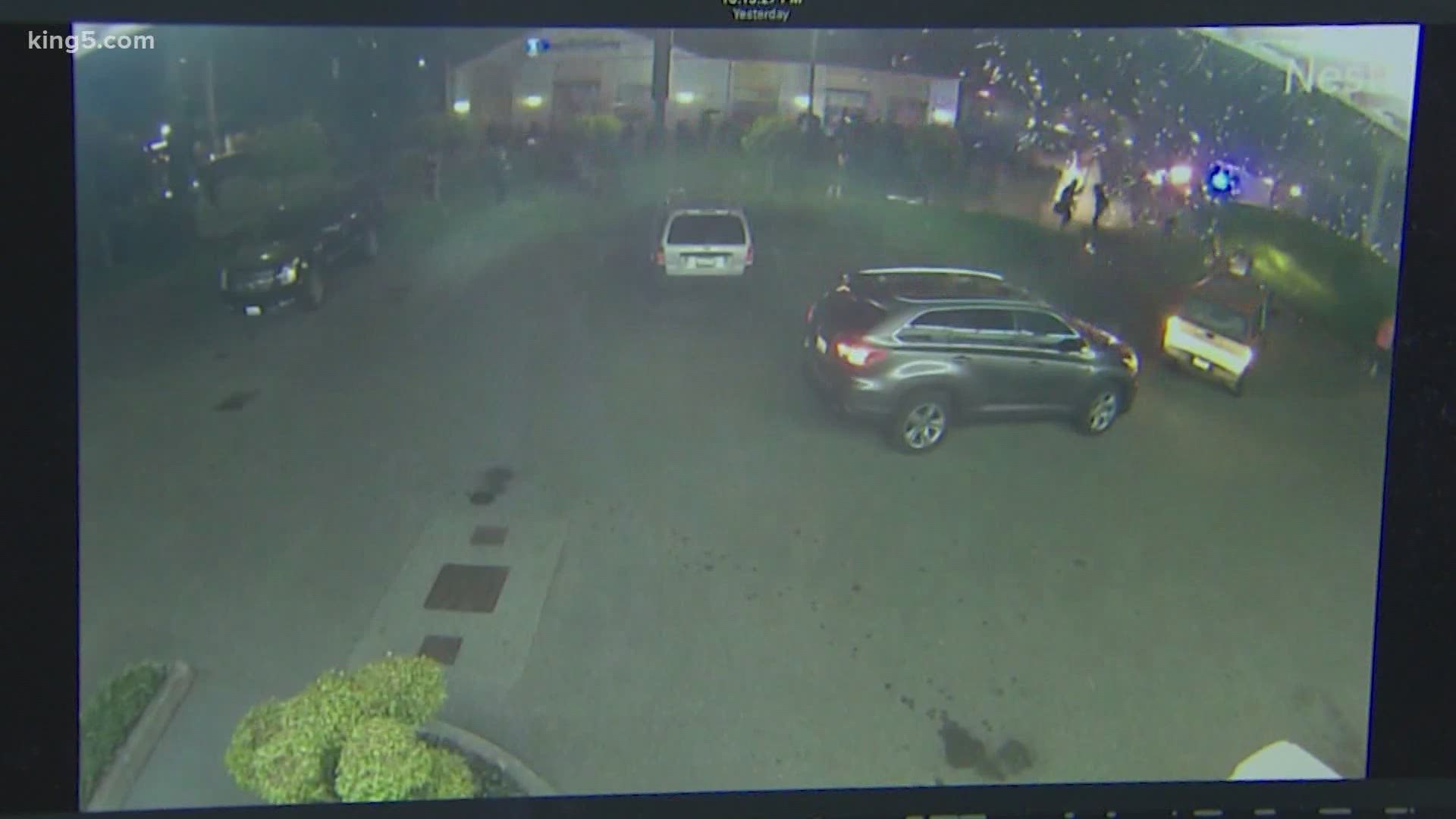 On Sunday night, 18 people were arrested in Seattle's SODO neighborhood after police declared the gathering a riot.

Six officers were injured, with one sent to the hospital. That officer has since been released.

On Tuesday, some of those arrested made their first appearance in court, according to the King County Prosecuting Attorney's Office.

Of the 18, 15 were removed from the felony first appearance calendar, which means the prosecuting attorney's office does not have certifications for determination of probable cause in those cases.

"Removing someone from the first appearance calendar does not mean that we are ignoring the case. We can only ask a judge to hold someone in custody if we can clearly show that they are likely to fail to appear for court, likely to interfere with the administration of justice, or likely to commit a violent offense. If we do not believe one of these factors can be shown with the information referred to our office, we review the case as an out-of-custody filing. We may also remove a case from the first appearance calendar if additional investigation documents from police are needed," the prosecuting office explained.

However, the King County Prosecutor's Office noted that two individuals were charged with felonies in the riot.

One man was arrested for investigation of assault, and a judge found probable cause to make an arrest for third-degree assault. He was released, but Seattle police objected to that, according to case documents.

Another man was arrested for investigation of assault of an officer and a judge found probable cause to charge him with third-degree assault.

Seattle police are continuing to investigate and more charges could be pending.