A 3-year-old girl and 5-year-old boy playing in a toy car were taken to Seattle's Harborview Medical Center after deputies say an impaired driver struck them. 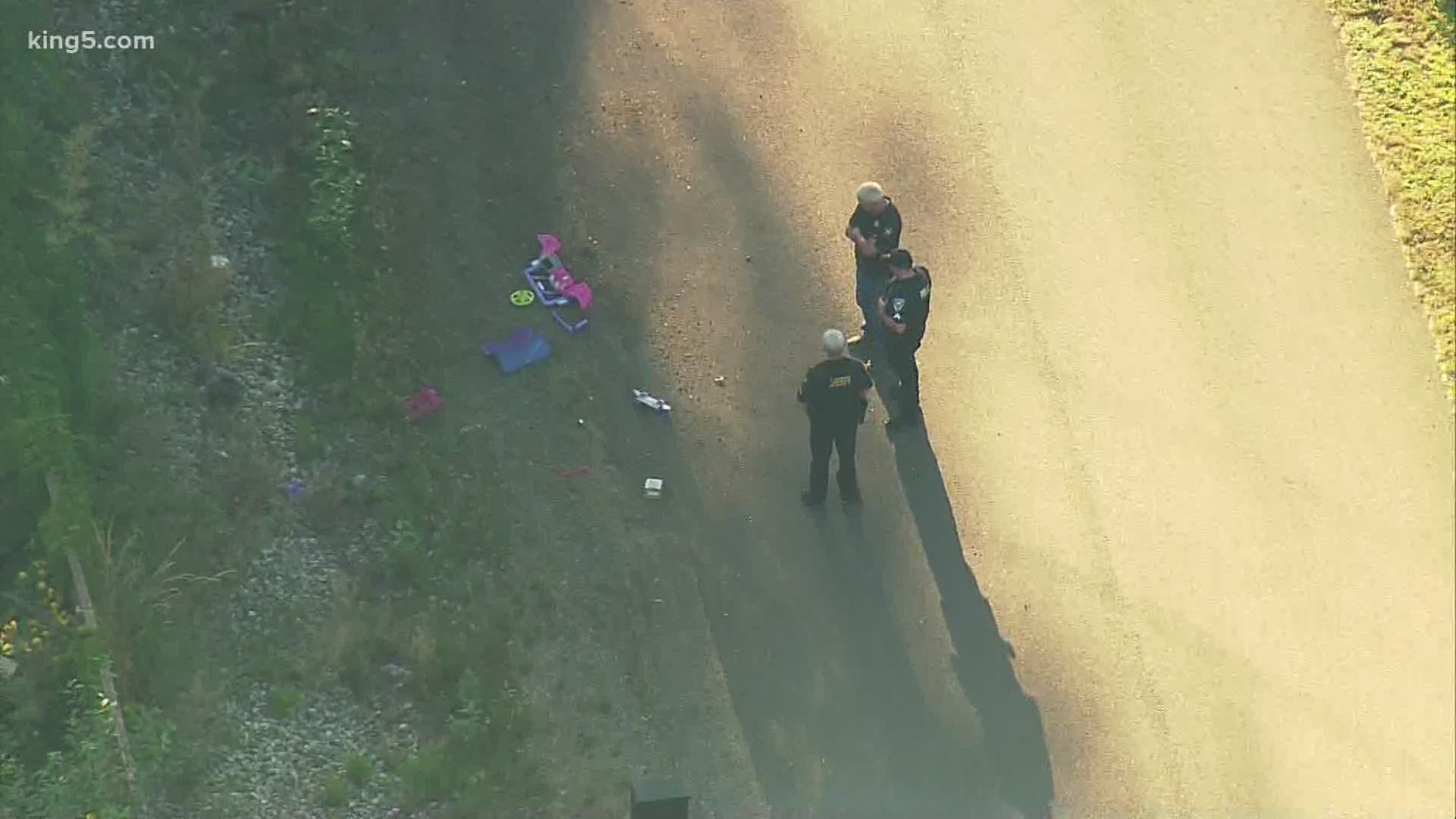 KENT, Wash. — A man accused of hitting two young children with his car admitted to police that he had drank a pint of vodka before the crash, according to court documents.

A 3-year-old girl and 5-year-old boy playing in a toy car in front of their Kent home were taken to Seattle's Harborview Medical Center. The girl remains in serious condition in the Intensive Care Unit. The boy was treated and released from the hospital.

The 26-year-old driver made his first court appearance on Wednesday and a judge could officially charge him for the crash later this week.

He could face charges of investigation of vehicular assault, felony hit-and-run and reckless driving. The suspect is being held on $100,000 bail.

On Tuesday around 6 p.m., the man was driving SE 281st Street in Kent when he allegedly hit the children who were playing in a battery-powered Barbie Jeep.

The driver's car then dragged the toy car for half a mile before stopping, police said. The suspect lived in the same neighborhood as the children and made it to his driveway before he was arrested.

Next door neighbor Bob Lading said he heard the sound of a car speeding followed by sirens and a helicopter.

"I heard (what happened), but I never thought about it being my neighbors, and it's really hitting close to home," Lading said.

Lading said he would talk to the young boy and his mom through his fence. He describes the children as kind, energetic and outgoing.