WSDOT crews still have a lot of work to complete ahead of the official tunnel opening. 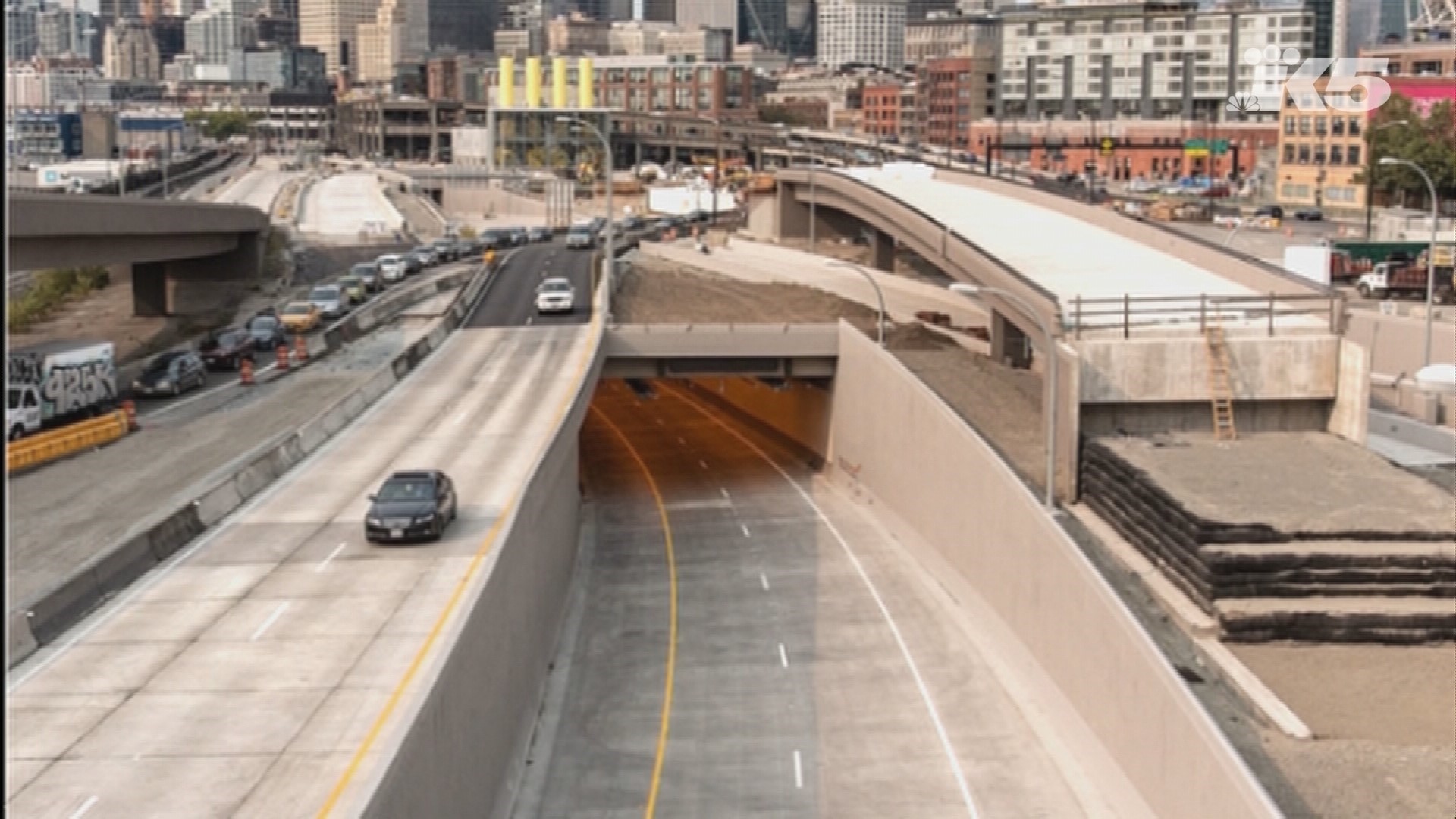 If there’s one question the Washington State Department of Transportation hears these days it's, “Why, oh WHY does the Viaduct/Highway 99 closure have to last three long, torturous weeks?!”

It’s a good question. After all, the new Seattle tunnel is done. Even the ramps to and from the tunnel look good. There’s even landscaping in place.

David Sowers, WSDOT deputy program administrator of engineering and operations, says during the three-week closure crews have a long list of projects to tackle, anything from building barrier walls to excavating an on-ramp.

The south tunnel entrance is still buried under giant white stacks of geofoam (large-scale Styrofoam) and dirt that must be removed in order for cars to pass through.

Then, crews will divert Highway 99 away from the viaduct and toward the new ramps into the tunnel. It may sound simple, but it’s not.

In fact, there’s so much work to be done, especially at the south portal, that drivers will have to wait an additional two weeks for the new on- and off-ramps at South Dearborn to open.

The tunnel’s north portal on- and off-ramps, near Harrison Street and 6th Avenue North, are expected to be completed and ready as soon as the tunnel opens in February.

The viaduct will close for good Friday, January 11 at 10 p.m. A grand opening celebration for the new tunnel is scheduled for Feb. 2-3.