Tolling in the new tunnel under downtown Seattle could start as early as this summer, according to WSDOT. 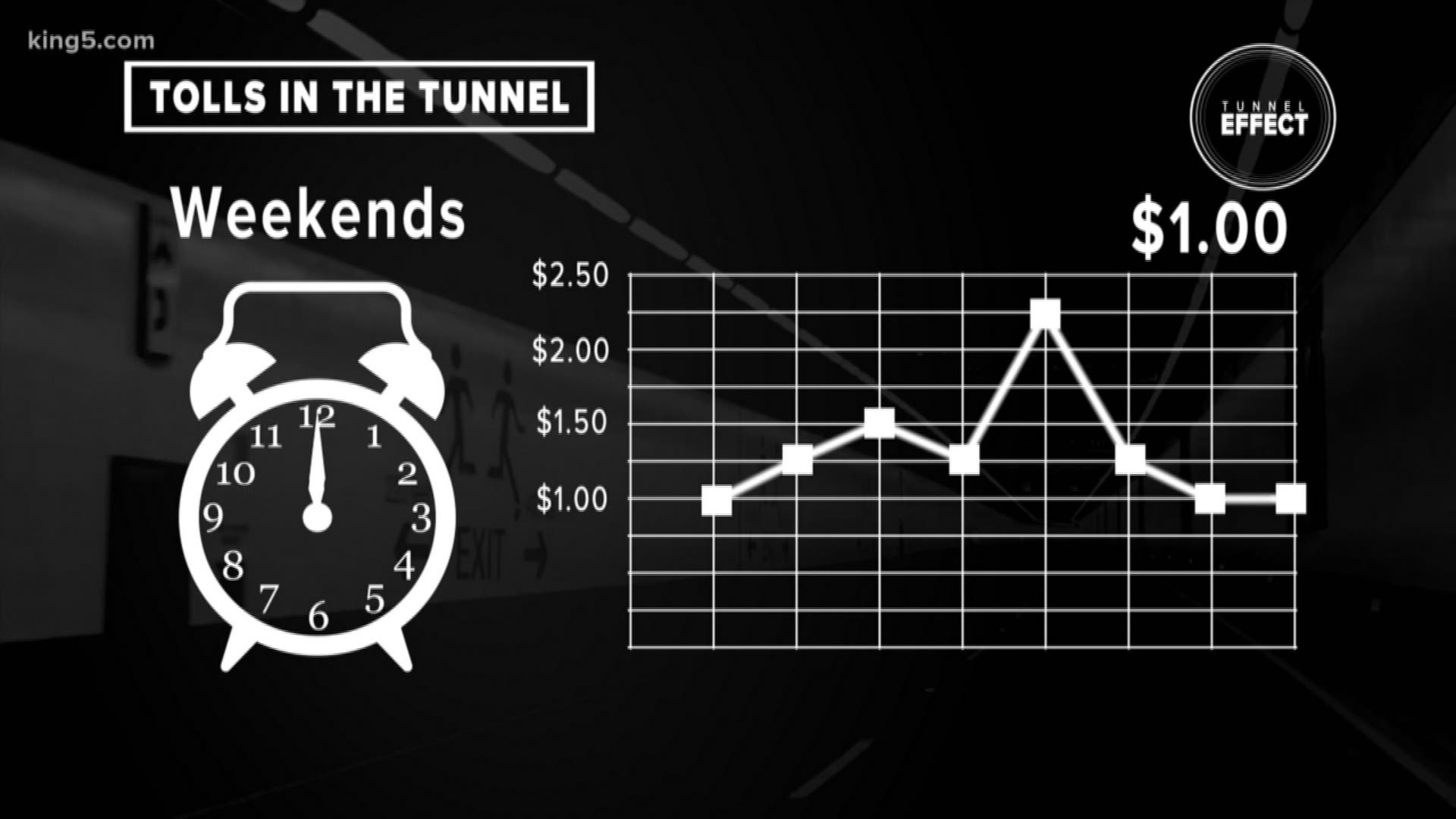 SEATTLE — Washington State Department of Transportation officials are considering several factors when determining when to begin tolling the State Route 99 tunnel in Seattle, including the timeline of demolition work, testing of toll equipment, and a transition to a new toll billing system.

The Washington State Transportation Commission set the final toll rates back in October, but it’s up to WSDOT to decide when to begin collecting tolls. A specific date hasn’t been set, but it could happen as early as summer.

WSDOT says it would like to have the main portion of the viaduct that’s along the waterfront torn down before tolling begins. That segment of the work between Pike Place Market and Yesler Way is expected to be finished by June 1.

“The demolition will have an impact on how people get around city streets in Seattle,” said WSDOT Tolling Division spokesperson Emily Glad. “We want to be cognizant of that, no matter where that work may be happening.”

RELATED: Parts of viaduct demolished near Seattle Aquarium on Wednesday

The entire viaduct demolition, which began last week, is expected to take about six months.

A new toll billing system is slated to be operational mid-2019 and will offer customers new ways to pay tolls and new tools to manage Good To Go! accounts. When tolls go into effect, tunnel drivers can pay the tolls electronically using Good To Go! passes, which WSDOT plans to give away to tunnel drivers closer to the tolling start date.