Transportation leaders brace for the unexpected during Seattle viaduct closure

City and state transportation leaders are planning for potential wildcards when Seattle's viaduct shuts down. 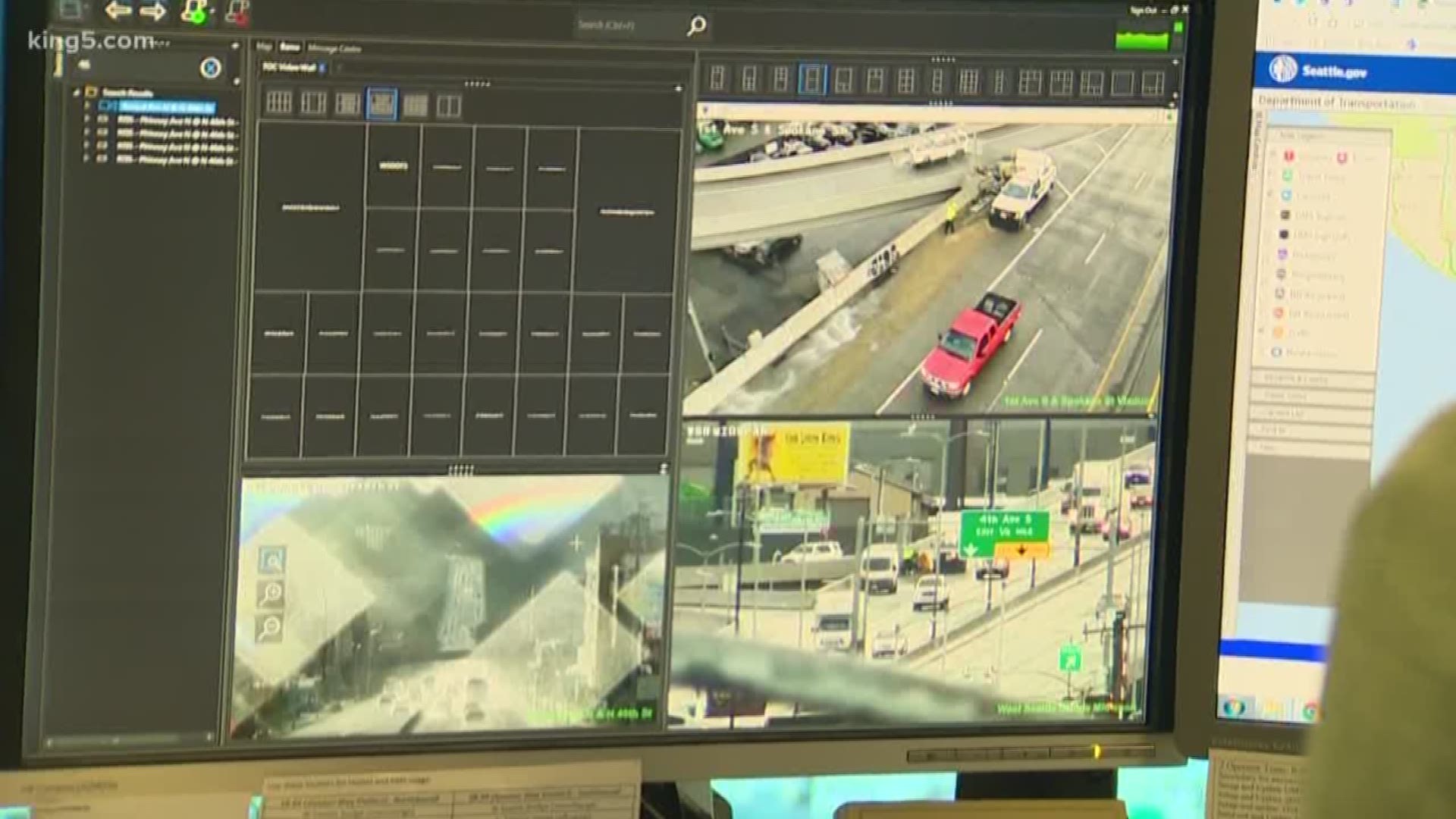 As a parade of leaders took to the microphones Thursday after touring Seattle Department of Transportation's Traffic Operations Center, there was one overarching point. "Stuff will happen."

The unexpected will happen after the Alaskan Way Viaduct closes Friday night, and there is a commitment to have a structure, along with interagency flexibility, to deal with whatever comes up.

"We table topped likely scenarios, we table topped worse case scenarios," said State Transportation Secretary Roger Millar. "So, we all know when that happens, this is how we respond. This is who's in the lead, and who gets out of the way."

But that can't include everything.

The potential wildcards are many, and in a region where rush hour traffic has already pushed the roads to the limit in the best of times, it doesn't take much to tip part or all of it over the edge.

RELATED: A beginner's guide to mass transit in Seattle

One example came during Wednesday morning's commute when a disabled vehicle on State Route 99 turned the commute out of West Seattle into a nightmare.

January in Seattle means there's always the potential for bad weather, including snow. A major accident involving trucks blocking multiple lanes goes without saying in terms of its possibility.

Then there's the wildcard of human behavior, which can confound the ability of experienced traffic managers to try and explain.

If you're on the KING 5 mobile app, click here to see the VR video above.

One founded fear based on past experiences in smaller closures is that the first few days of the shutdown might go pretty well as people heed advice to take buses or merely work from home.

Too many drivers think the warnings were all overblown. Then, when people think it's safe to drive again, they jump back in their cars, and "carmageddon" ensues.

The person leading the interagency coordination to deal with the wildcards is one of the City of Seattle's newest employees, retired U.S. Air Force General Michael Worden.

Worden is barely a week into his role as Citywide Mobility Chief. He is tasked with coordinating between all city departments and interface with other agencies to react to unfolding situations.

"I've seen a lot of complexity, and I've seen people behave under crisis conditions and under stress conditions," said Worden. "And how to work together with coalition partners, in this case, the regional partners." 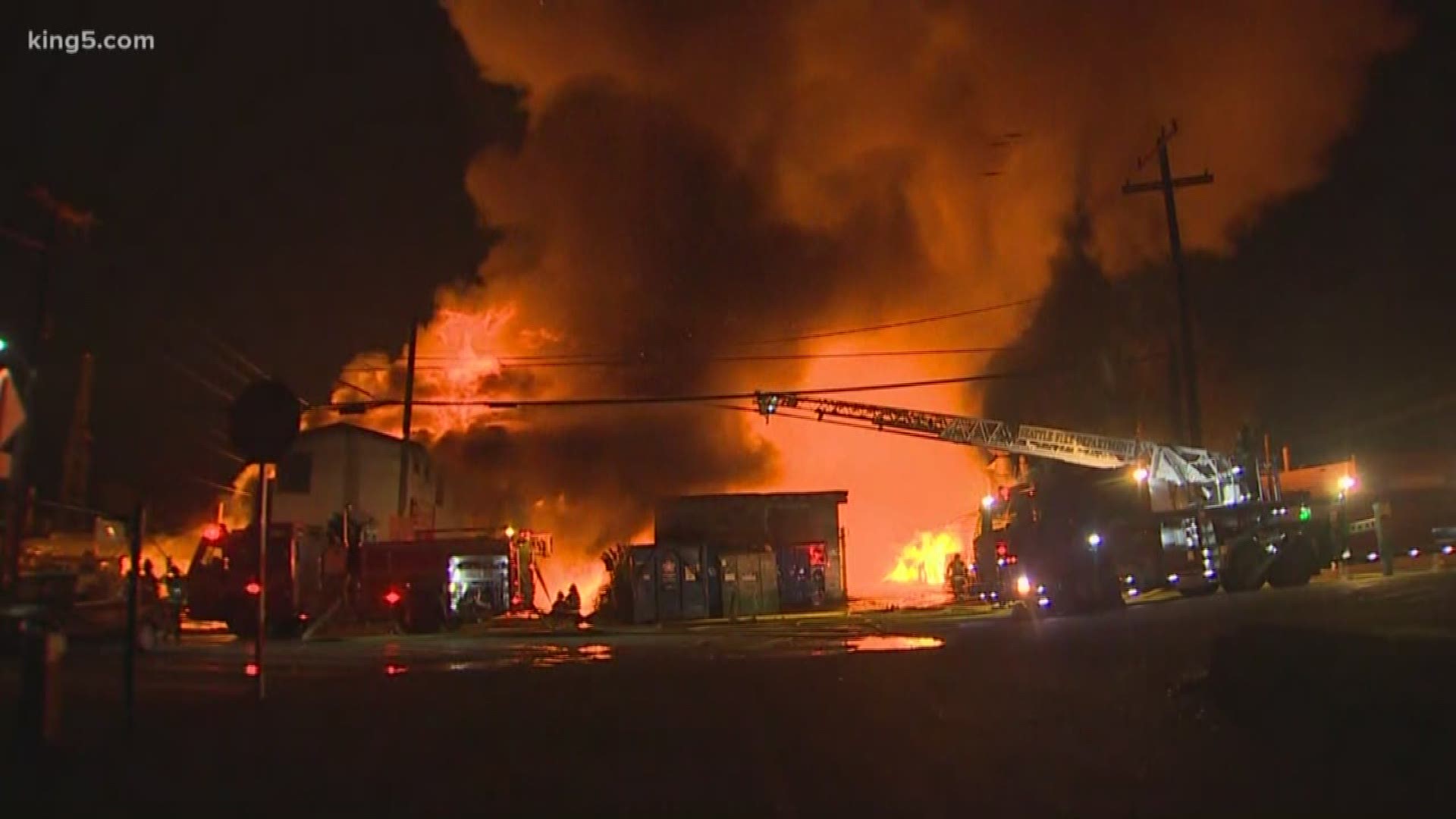 Worden says people can react emotionally or rationally to stressful situations, and he is to be a calm head when the wildcards get played. He urges everyone to behave responsibly.

Worden was a runner up in getting the job as the new Director of Seattle Department of Transportation. That job went to Sam Zimbabwe, who was also there Thursday but doesn't officially take the reins until January 28, 2019.

“Why does it have to be an 'or,' why can't it be an 'and?'" asked Seattle Mayor Jenny Durkan of the recommendation by the hiring committee that she couldn't go wrong with either candidate in making the SDOT hire.

So, Worden got hired too, only in a different management role.

In announcing her hiring of Worden last week, Mayor Durkan said if it's nobody's job to deal with the wildcards that can fall through the cracks, "it's nobody's job." Worden now has that job and the accountability that goes with it.