The Seattle tunnel's close call with the weather

As snow arrives around Puget Sound, we are reminded of just how close we came to seeing a delay in the opening of the new SR 99 tunnel under Seattle. 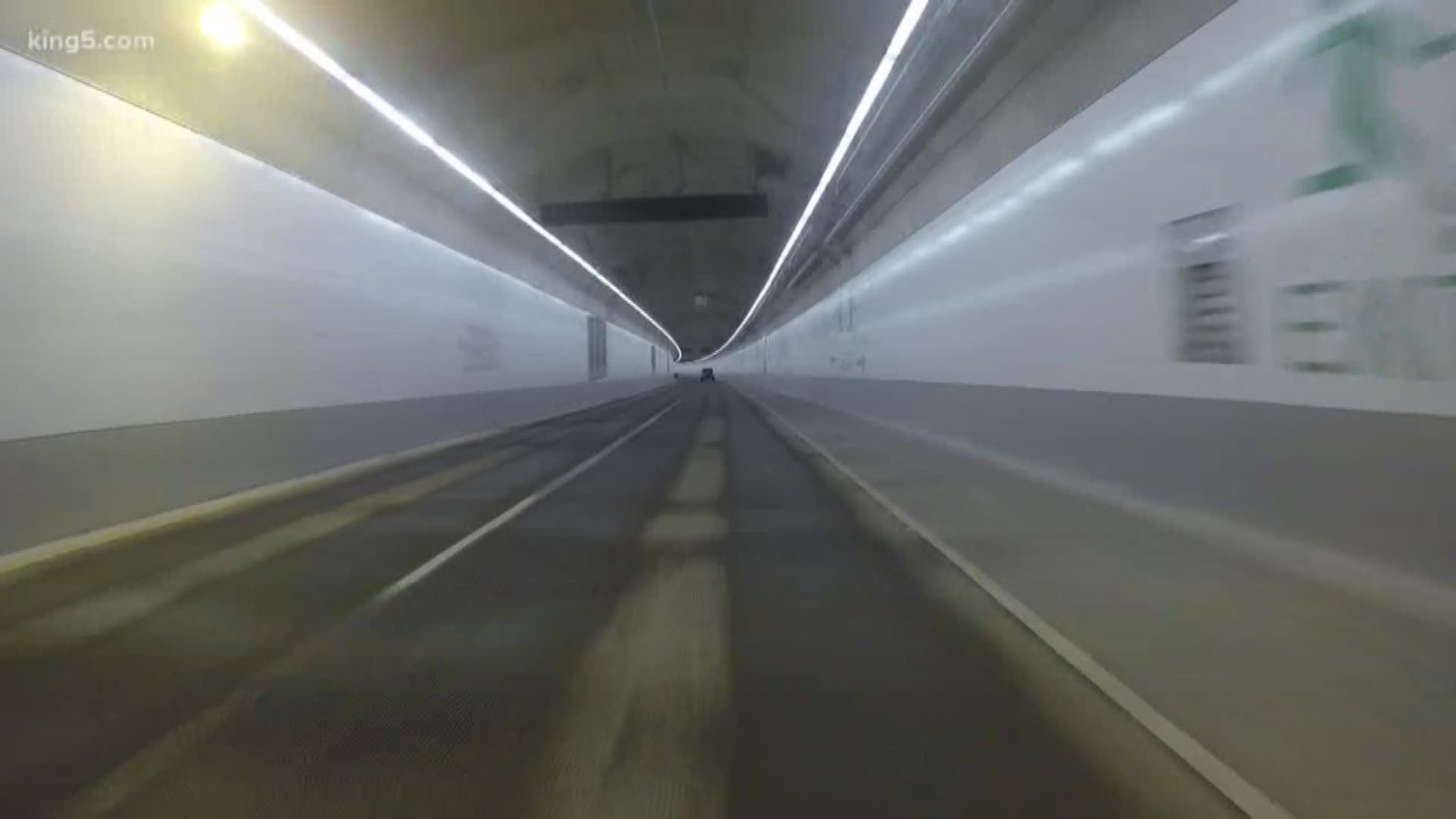 Had the snow and cold temperatures arrived in Seattle and hung out for days during the last three weeks, the job of constructing the connections to the new State Route 99 tunnel, much less the weekend's big grand opening celebration, could have turned out much differently.

The Washington State Department of Transportation (WSDOT) had hedged its bets on committing the opening of the tunnel to as late as last Thursday.

Even with spectacularly good weather, especially for January, there was a lot of significant and detailed work to do before the official opening Monday morning.

The grand opening celebration on Saturday, which ended with a bike ride through the tunnel and over the soon to be demolished Alaskan Way Viaduct Sunday morning, managed to wrap up hours before the snow arrived.

As it turned out, the physical removal of barriers and the opening of the northbound lanes happened as heavy snow was coming down at 10:55 Sunday night. The southbound lanes opened a couple of hours later during a break in the storm around 12:15 a.m. Monday. 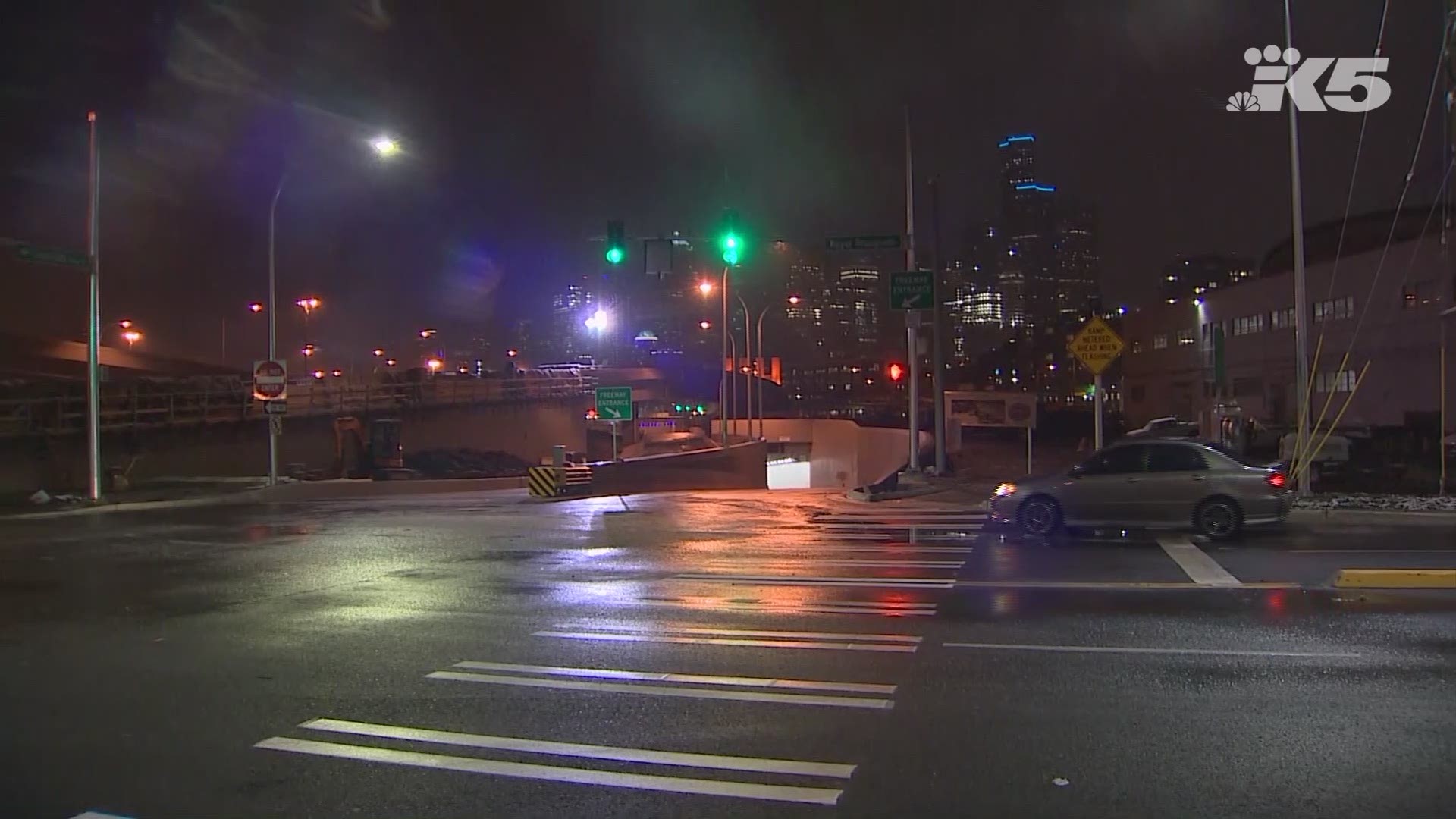 Dave Sowers, WSDOT's deputy administrator for the project, had long warned that while several weather days were built into the schedule, freezing cold could disrupt with concrete pours and wet or snowy road surfaces would prevent important lane striping which could potentially force delays in the tunnel opening, but that didn't happen.

Yet the state's transportation agency isn't entirely clear of the bad weather. There's still the unfinished long northbound exit ramp just shy of the SR 99 tunnel. That ramp will take traffic onto a new stretch of Dearborn Avenue South connecting northbound commuters to downtown, the stadiums, Alaskan Way, and the Seattle waterfront.

WSDOT is aiming to open the ramp on Monday, February 11, but an agency spokesperson said that might need to be delayed due to the weather.

Several sections of barrier wall still need concrete, which is scheduled for pouring Thursday. Then there's the need for lane striping in dry weather. Right now, the weather forecast to accomplish both of those tasks is not promising. 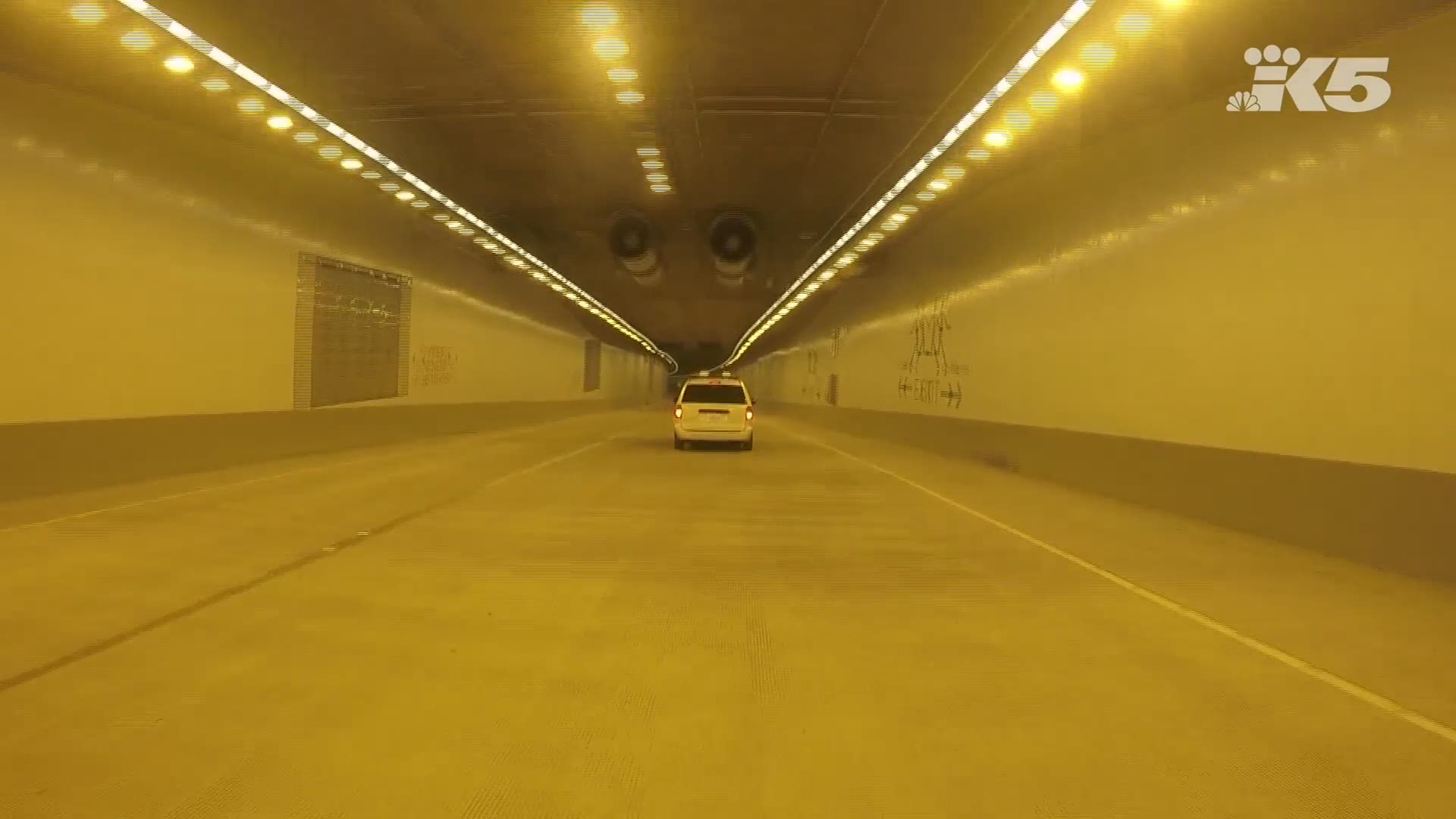