WSDOT says it found 'inconsistencies' with its tolling system during peak travel times when drivers would use the shoulder. 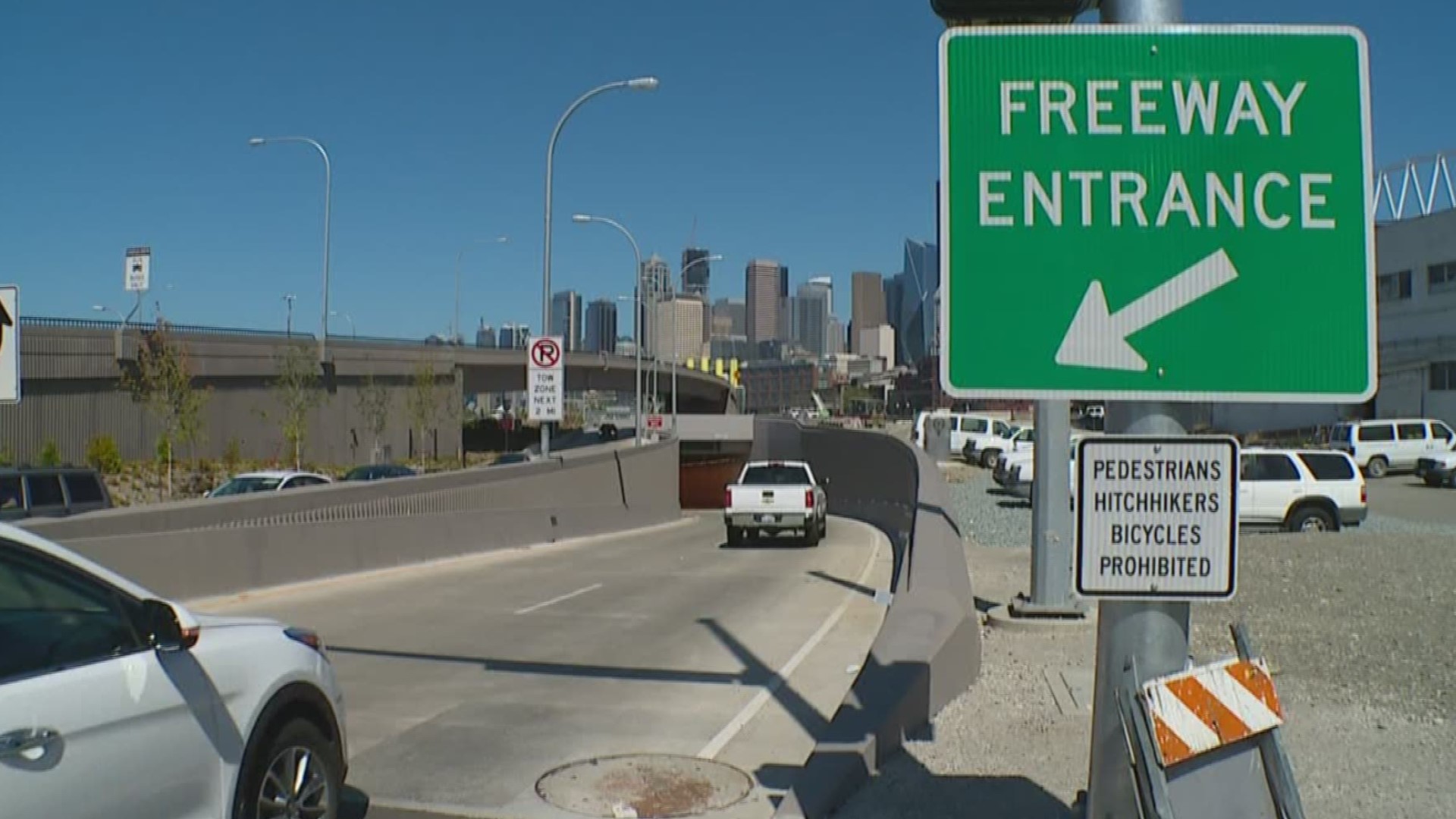 Flexible pylons were installed over the weekend on their side of the exit ramp to prevent drivers from creating a second lane of traffic during periods of heavy traffic.

The pylons were added after the Washington State Department of Transportation noticed "inconsistencies" with toll readings at the northbound off-ramp that "created the potential to charge vehicles incorrectly." This only occurred when drivers began lining up on the shoulder of the ramp, creating a second lane. The tolling equipment only functions properly when traffic is in a single lane.

"In an effort to make sure no one is overcharged, pylons will now guide drivers into a single lane exit until vehicles pass underneath the toll reader," according to WSDOT.

The pylons are a temporary fix until a more permanent solution is found.

The state began testing the tunnel's tolling system more than a month ago.

Approximately 80,000 vehicles use the SR 99 tunnel daily, according to WSDOT. Officials believe the toll will deter some drivers from using tunnel, like what happened when SR 520 was first tolled. However, it’s unclear how many drivers will decide to take different routes.

Once tolling begins, WSDOT expects peak period volumes to range from 3,200 to 4,100 vehicles per hour, which is a drop from the approximately 5,500 vehicles that used the tunnel during peak times in September. 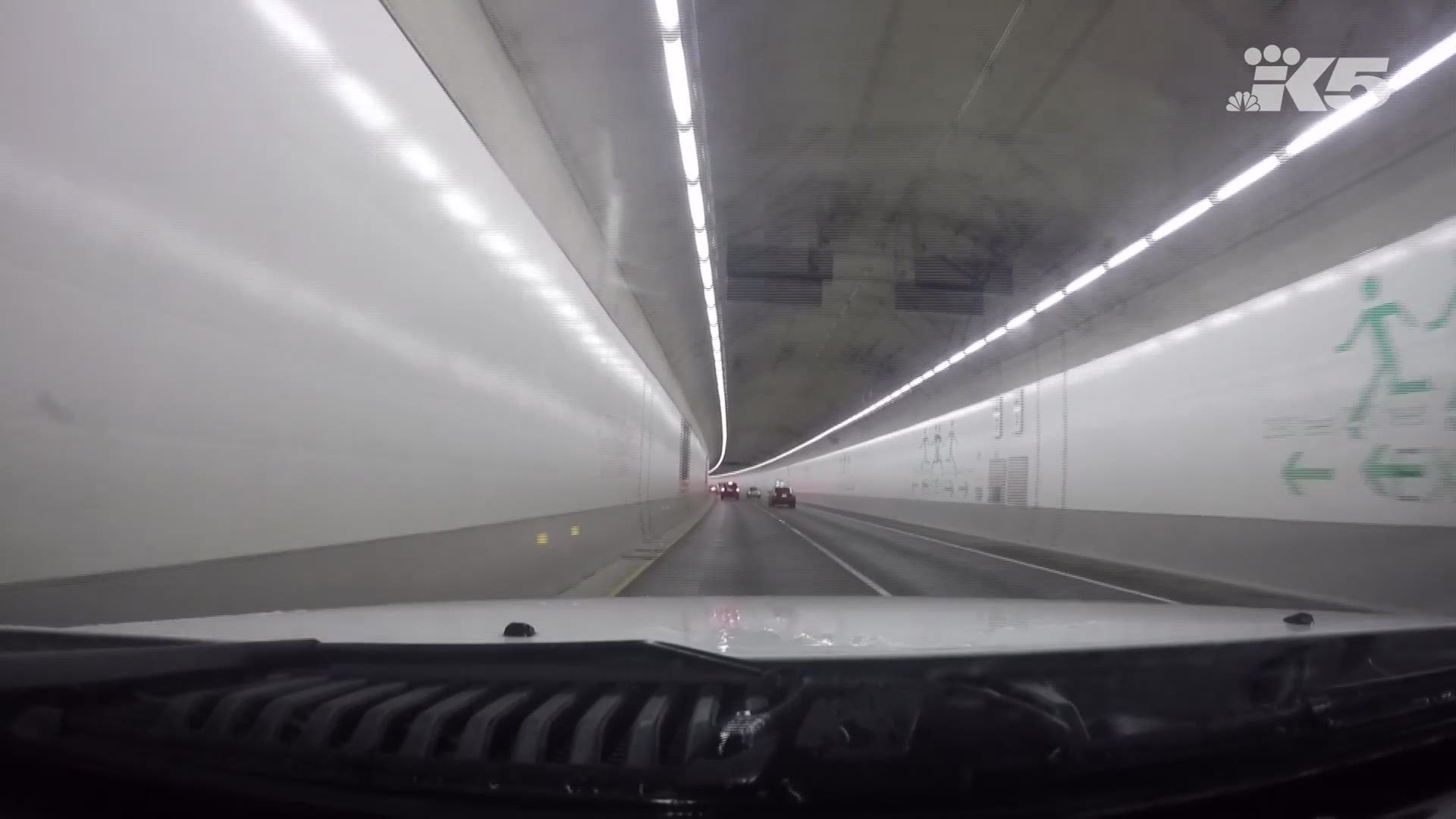