Tolling rates for the new SR 99 tunnel under downtown Seattle have been finalized. Drivers will pay $2.25 during the afternoon commute.

The tunnel will be free when it opens in early 2019, and tolling could start as soon as summer 2019. 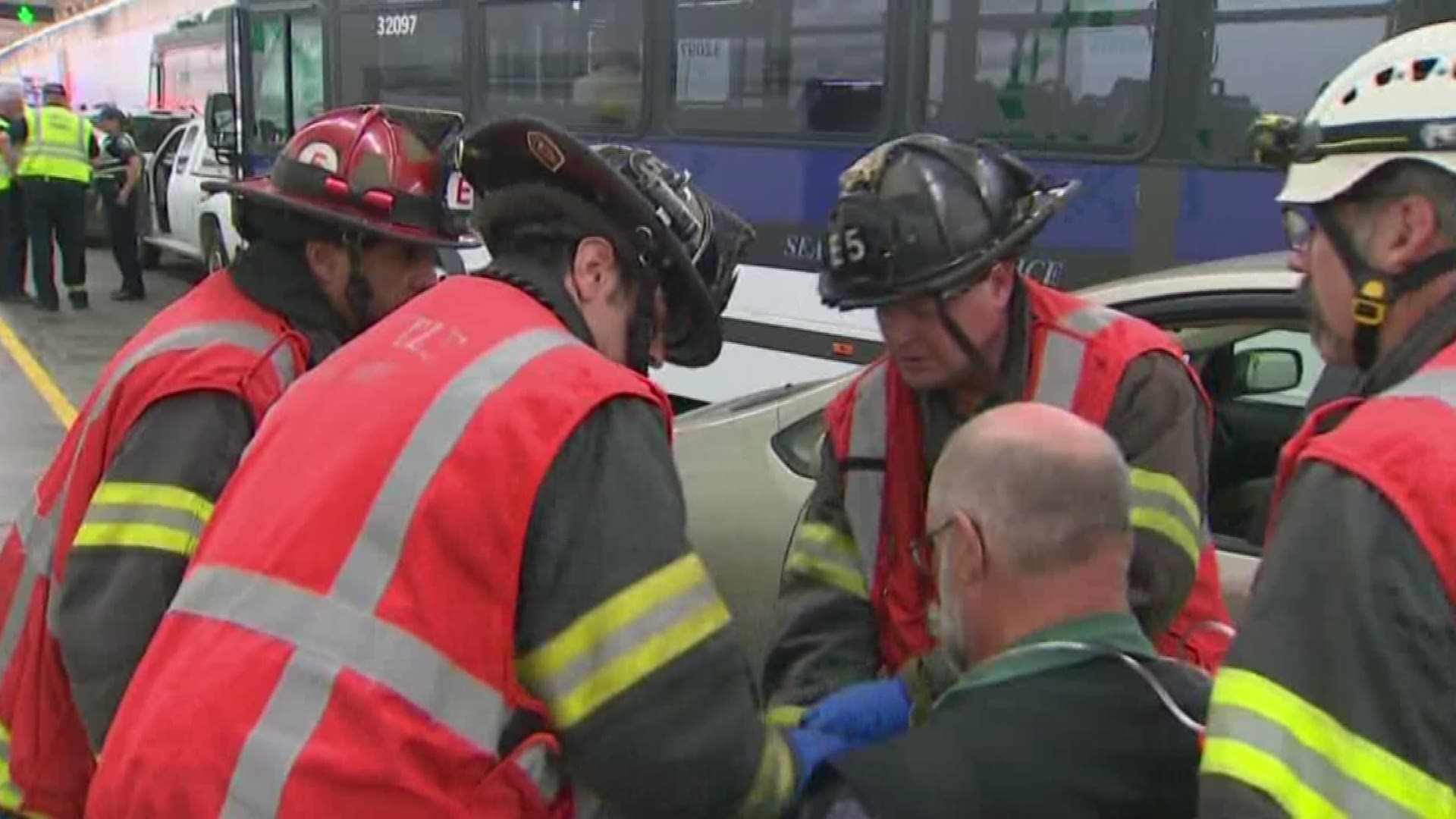 The commission is set to establish a start date for tolling at its February meeting.

That delay, said Griffith, will give the state a chance to set up the tolling system and give drivers a chance to familiarize themselves with the tunnel. For example, unlike the Alaskan Way Viaduct, drivers will not be able to exit in the middle of downtown in the tunnel.

"That's going to have to have people rethink their commutes," said Griffith. "It's an opportunity for people to use it, not pay for it, figure it out, get used to this new alignment."

This tolling plan selected by the commission was considered 'Option A' and is designed to pay off the tunnel by 2046.

The commission considered three tunnel toll options and narrowed them down to one choice in July. The decision was finalized after a period of public comment.

The commission spent over a year studying toll rates, possible exemptions, and traffic impacts of tolling. The goal was to generate enough revenue to cover specific costs, including toll operations, maintenance, and construction debt payments. Initial toll rates will not cover future repair and replacement costs.

The commission will review future toll increases, while the state legislature will determine if toll revenue should cover other costs. The Washington Department of Transportation says the tunnel will open early 2019.

WATCH: A brief history of the SR 99 tunnel