SR 99 traffic projected to spike when tunnel opens in Seattle

State Route 99 traffic through downtown Seattle is expected to get worse before it gets better, according to the Washington state Department of Transportation.

The Washington state Department of Transportation projected a surge of additional traffic right after the State Route 99 tunnel opens but expects traffic to fall below current thresholds after Alaskan Way is completed in 2021.

WSDOT forecasted Tuesday that as many as 7,000 vehicles per hour may use the tunnel at peak travel times (6-9 a.m. and 3-6 p.m.) right after it opens and before tolling begins. That’s up from the 5,200 vehicles per hour that currently use the northern section of the Viaduct.

RELATED: Why the Seattle tunnel project is 3 years late

“We expect it will take a few months for traffic patterns to settle as drivers try out different routes to find what works best for them,” WSDOT spokesperson Ethan Bergerson wrote in a blog post. “While not everyone who uses the viaduct today will use the tunnel, we expect other drivers will find that the tunnel is a quicker option than the route they take today.”

WSDOT cautioned that people remember the tunnel was not meant to relieve traffic congestion but improve safety. The aging Viaduct, which was damaged in the 2001 Nisqually earthquake, has seismic concerns, and experts have recommended replacing it. 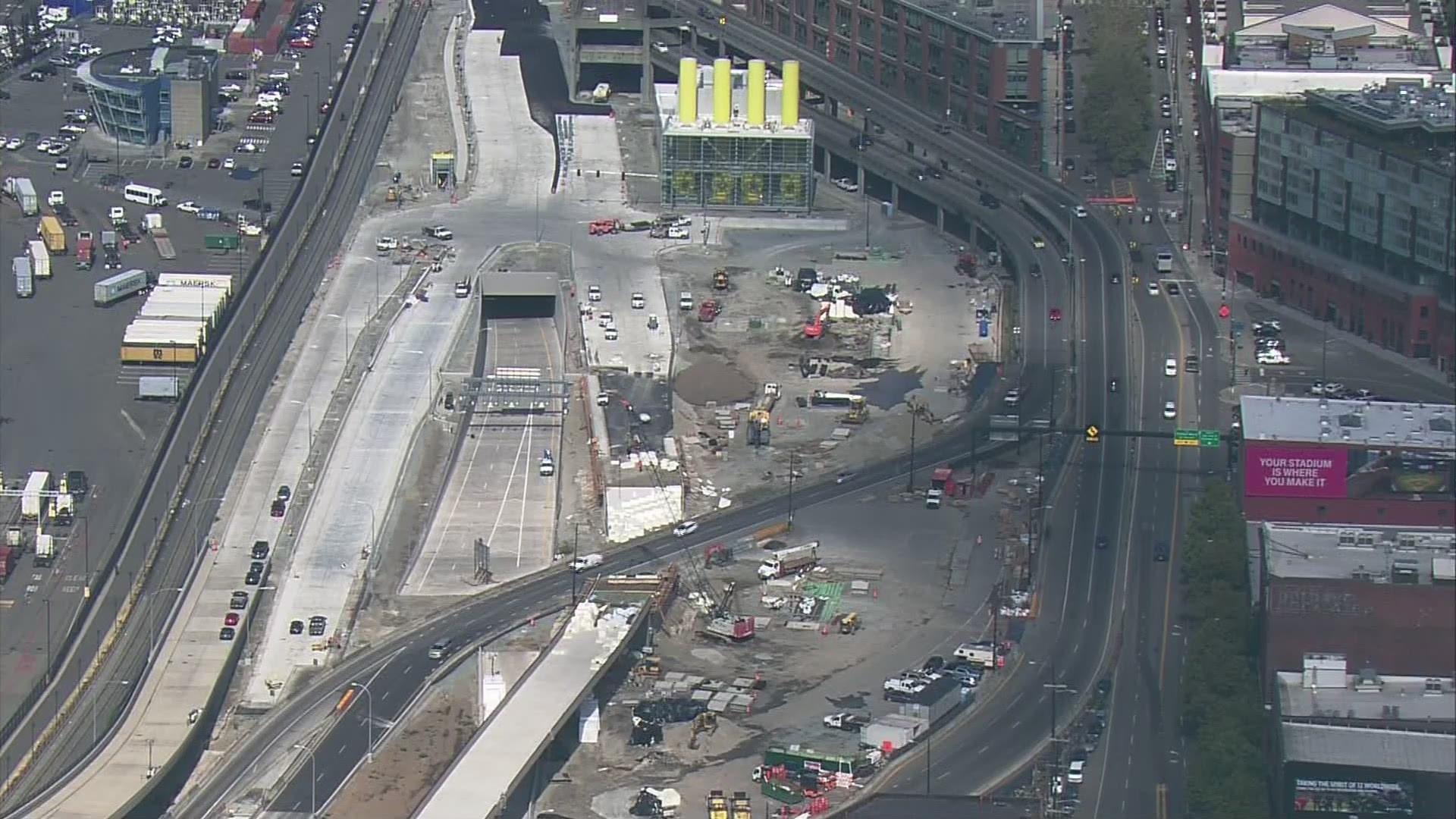 When tolling begins several months after the tunnel opens, WSDOT expects tunnel usage to initially drop to 4,000 to 5,000 vehicles per hour but warned traffic patterns won’t settle until the new Alaskan Way is completed.