Some offices empty as employees flex-work during 'Seattle Squeeze'

Some companies are thinking outside the cubicle during the ‘Seattle Squeeze’ and having their employees work from home to avoid rush hour. 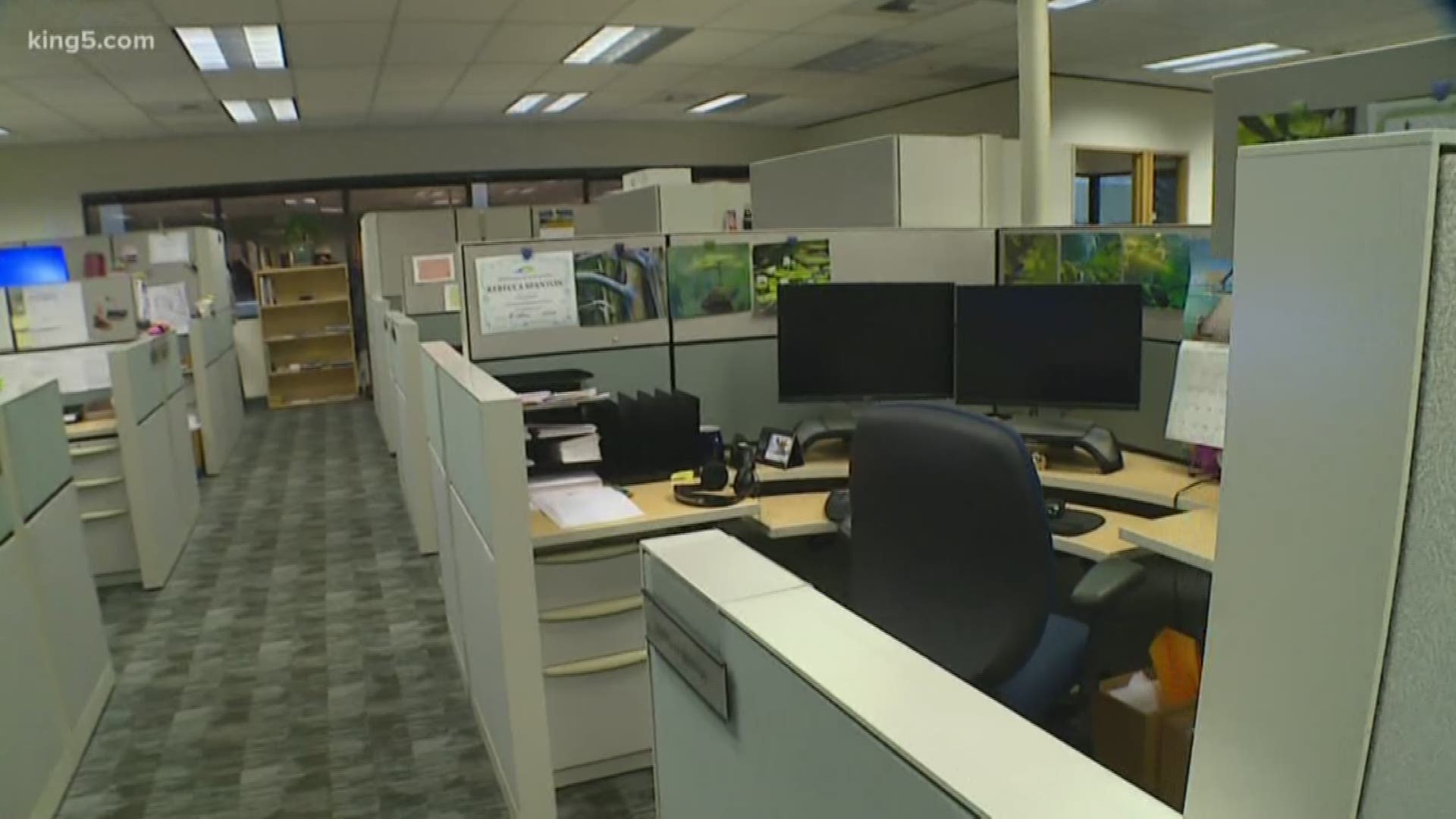 A lot of companies want their employees to work from home to avoid bad traffic during what the city is calling the ‘Seattle Squeeze.’ It's part of a strategy called flex-working, which helps commuters avoid rush hour.

Grange Insurance Association in Belltown is a lonely place this week. Just a handful of employees showed up to the office, and that's precisely what managers wanted.

About 93 percent of their workforce is flex-working, meaning they're set up in a home office or shifting their schedules around to avoid rush hour.

Killen-Gall started planning for the Seattle Squeeze in September when HR managers met with Commute Seattle, an alliance of transportation organizations, to strategize ways to keep people working amid what could be one of the toughest transportation challenges Seattle has seen.

Some of the Grange customer service workers are using what Killen-Gall calls the “sandwich option.” They arrive at their usual time in the morning, then go home for lunch, and continue working from home for the rest of the afternoon to avoid the afternoon commute.

“I have heard that there is no impact on productivity at all, that the employees are getting the work done,” said Killen-Gall.

All the planning in months leading up to the Seattle Squeeze seems to be paying off. So far, Seattle has largely avoided a traffic catastrophe.

RELATED: How to stay calm during the 'Seattle Squeeze'

Commute Seattle says the Alaskan Way Viaduct closure is forcing employers to think out of the cubicle, to encourage their workforces to make flex-working permanent.

“We absolutely hope that it continues. It's a conversation that we have with employers all the time, it just helps our conversation a little bit when we have something to prepare for,” said Feig.

So, was it worth it at Grange?

“The reality is productivity does not decline, and in some cases, improves,” said Killen-Gall.