Seattle Viaduct removal to be completed by summer 2019

As the closure of the Alaskan Way Viaduct draws near, more details help fill in the timeline of its impact on Seattleites. 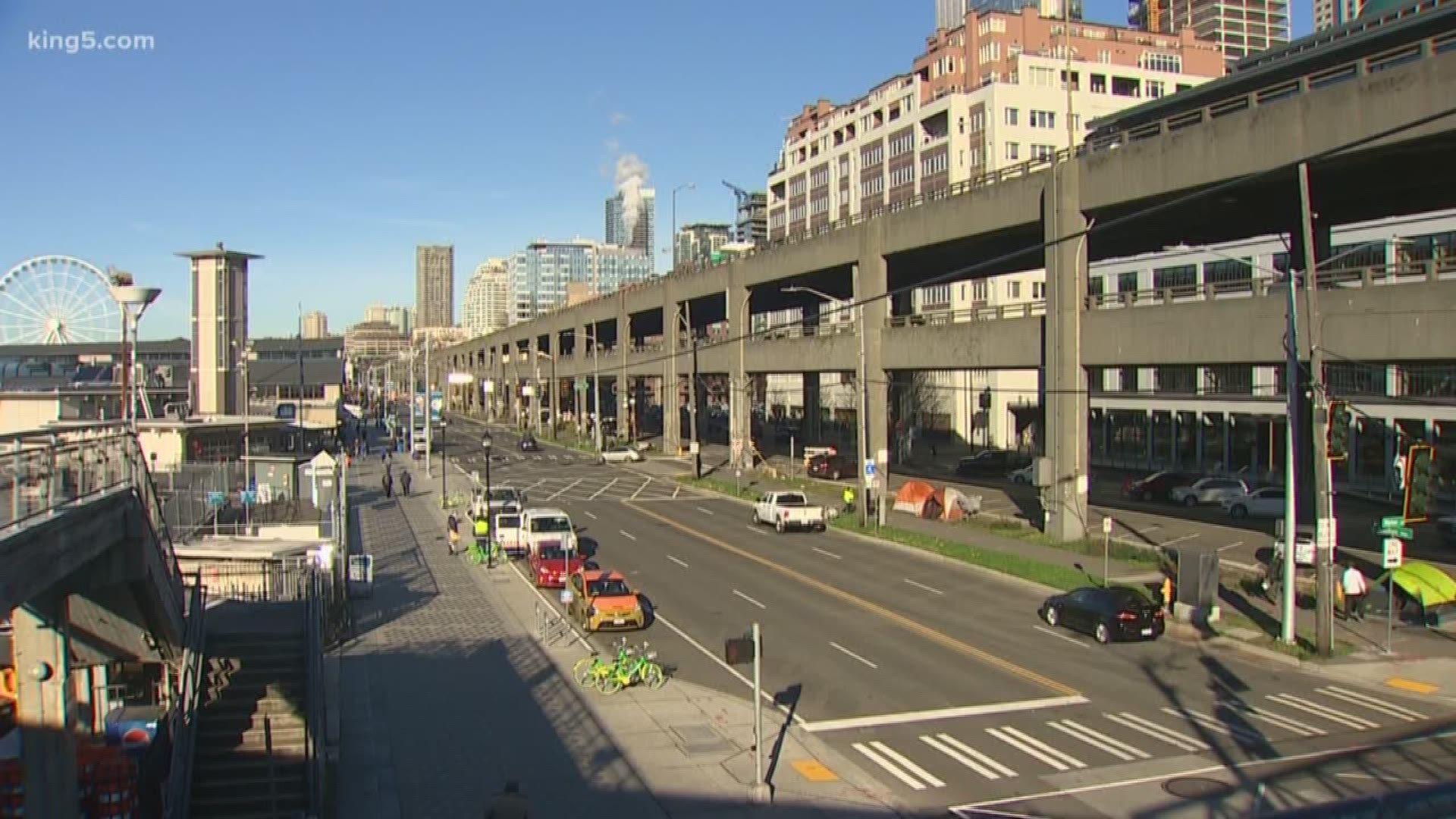 Removal of the Alaskan Way Viaduct in Seattle will be completed by summer 2019, officials with the Washington State Department of Transportation and Kiewit announced Tuesday.

Workers will systematically remove concrete pieces to demolish the structure; officials said it won't come down all at once like the Kingdome did in 2000.

"This is a much more methodical approach," said Brian Nielsen, program administrator for the viaduct replacement program. "We're mindful of the community we're working in and moving it along in a safe and efficient manner."

Nielsen said visitors will still have regular access to the Seattle waterfront during demolition. The ferry terminal at Colman Dock and Alaskan Way will both stay open, although traffic on Alaskan Way will be reduced to one lane each direction.

Crews will remove portions of the Viaduct in three-span segments, which is about the length of a city block, according to Phil Wallace, senior operations manager with Kiewit, which won the demolition bid. As crews remove the top deck of the Viaduct, the rubble will fall to the lower deck and will then be trucked away. Workers can then remove the columns to the lower level and repeat the process for the lower deck.

A debris net will hang between the Viaduct columns to keep debris from getting outside the work area, and crews will lay down bedding to protect the roadway and utility lines during construction.

The work will begin after the new State Route 99 tunnel opens, which officials hope will be the week of February 4.

The Viaduct will close January 11 so crews can assemble on- and off-ramps for the tunnel. It will be closed for approximately three weeks before the tunnel opens, which is the longest closure in the Viaduct's history.

WATCH: WSDOT warns drivers to get ready for Viaduct closure 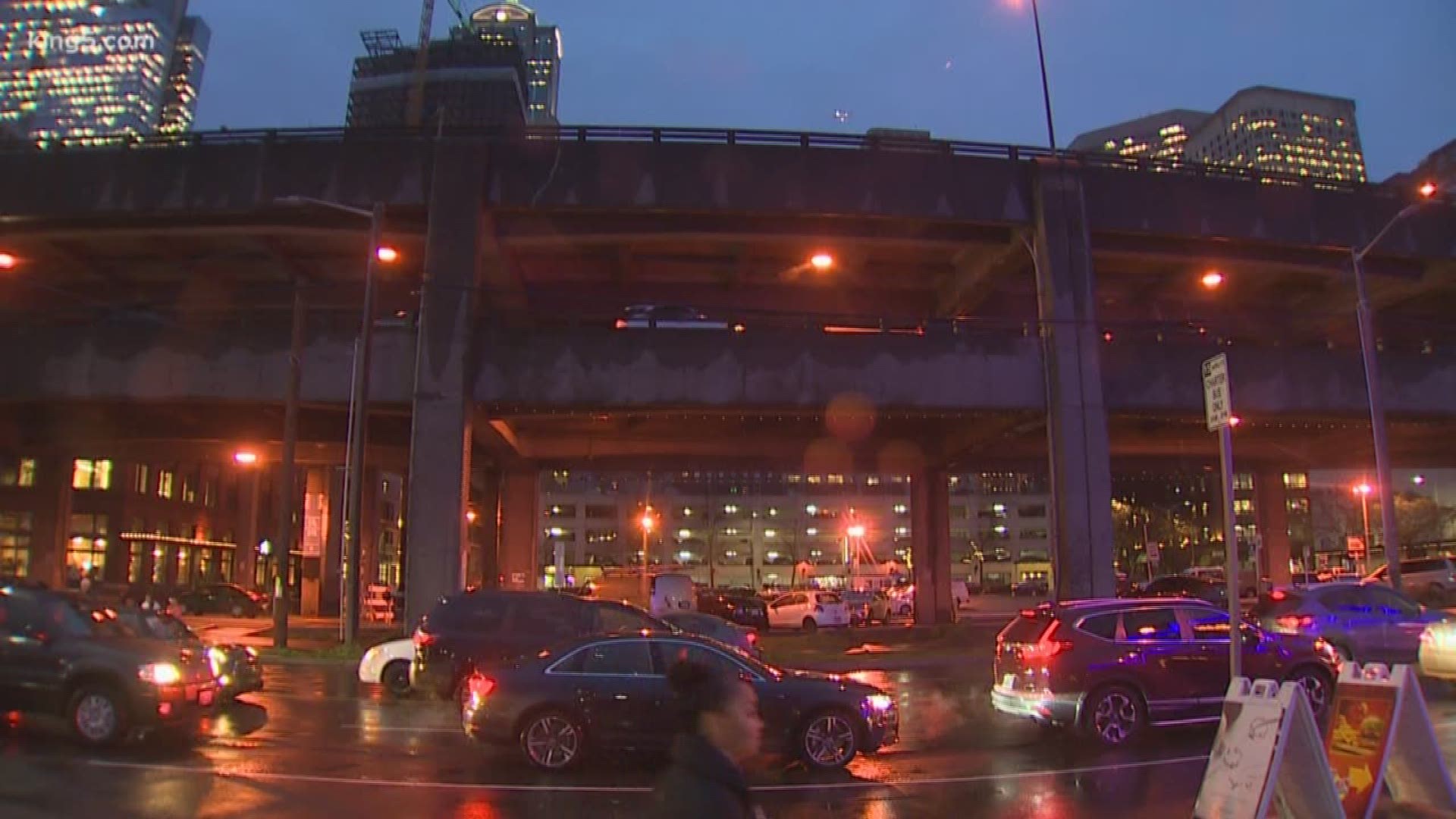 RELATED: Ramps to SR 99 closing earlier than expected this January