When the viaduct closes for good January 11, Seattle could battle some of the worst traffic it’s ever seen. Do you have a plan? 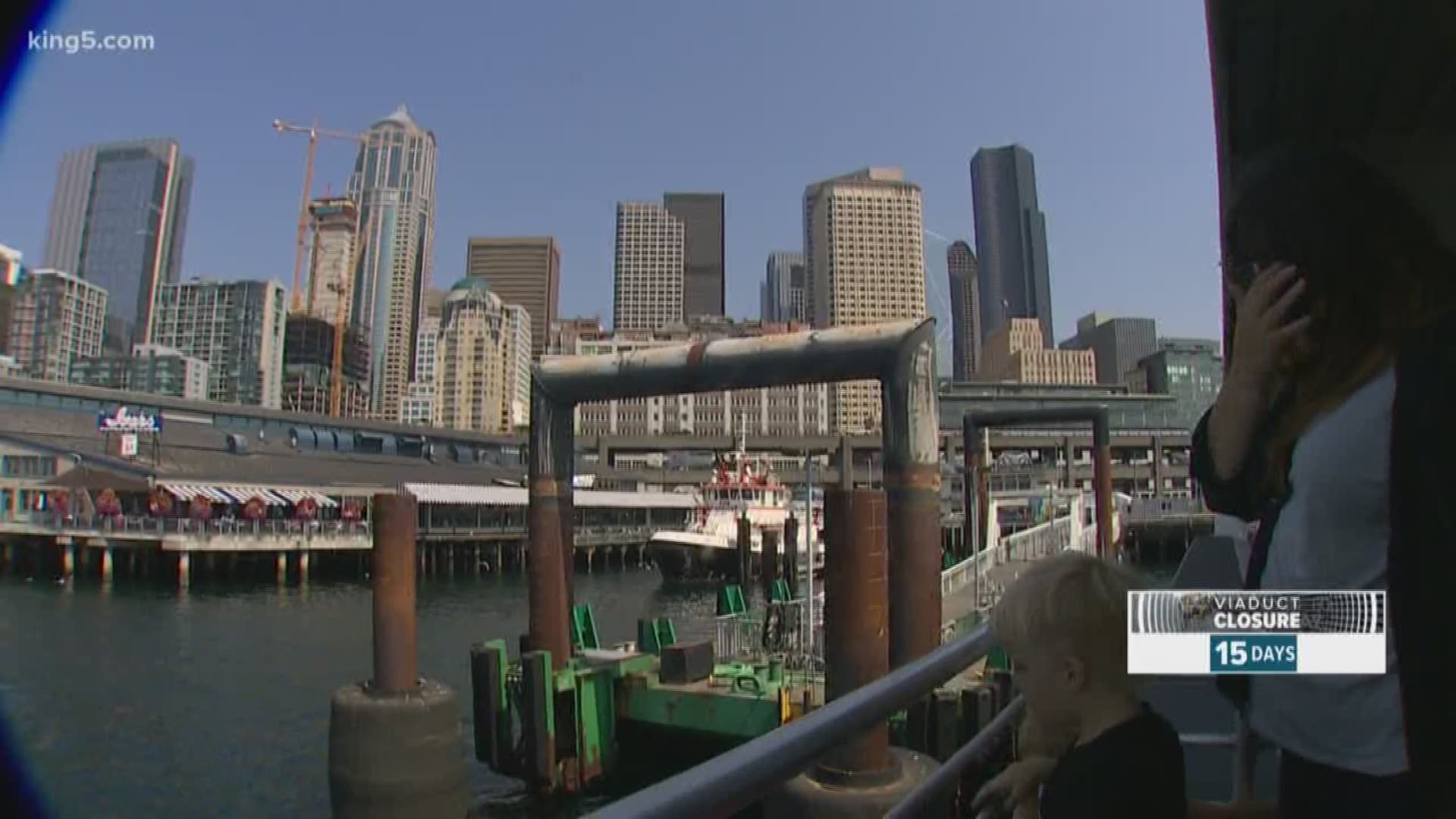 SEATTLE — The Emerald City is about two weeks out from what could be the biggest traffic nightmare Seattle drivers have ever faced: a three-week closure of the Alaskan Way Viaduct.

“We are going into the worst traffic period ever in Seattle,” said Seattle Mayor Jenny Durkan.

The period of maximum constraint, or the Seattle squeeze as transportation officials call it, is where a multitude of transportation and construction projects will impact congestion times.

In addition to the viaduct closure, drivers will have to deal with construction at the Washington State Convention Center and Rainier Tower 2, the waterfront revitalization project, improvements at Coleman Dock, and additional buses on downtown Seattle surface streets.

RELATED: Why the viaduct will close for 3 weeks before tunnel opening

The three-week viaduct closure is the longest major road closure in Seattle’s history, and it’s the first time public and private projects have impacted each other in this way, according to Heather Marx, Seattle Department of Transportation director of downtown mobility.

“Driving alone in their cars downtown is not going to be a winning strategy for anyone,” said Marx.

The city has teamed up with other regional transit agencies to increase water taxi service during the closure and launch Ride2 shuttle service from the Alaska Junction to the water taxi dock. A geofence has also been put in place around downtown Seattle’s Third Avenue to prevent riders from hailing a ridershare within the area. Transportation officials also encourage commuters to try vanpool or vanshare, working flexible hours, or working from home during the closure.

Marx said the strategy is centered around transit to keep buses moving swiftly downtown, because they are moving 40-80 people at once, removing single-occupancy cars from the roadway.