Pedestrians have a part to play during the 'Seattle squeeze'

Pedestrians who disregard jaywalking laws can cause traffic delays in Seattle. When the viaduct shuts down, that will be felt even more. 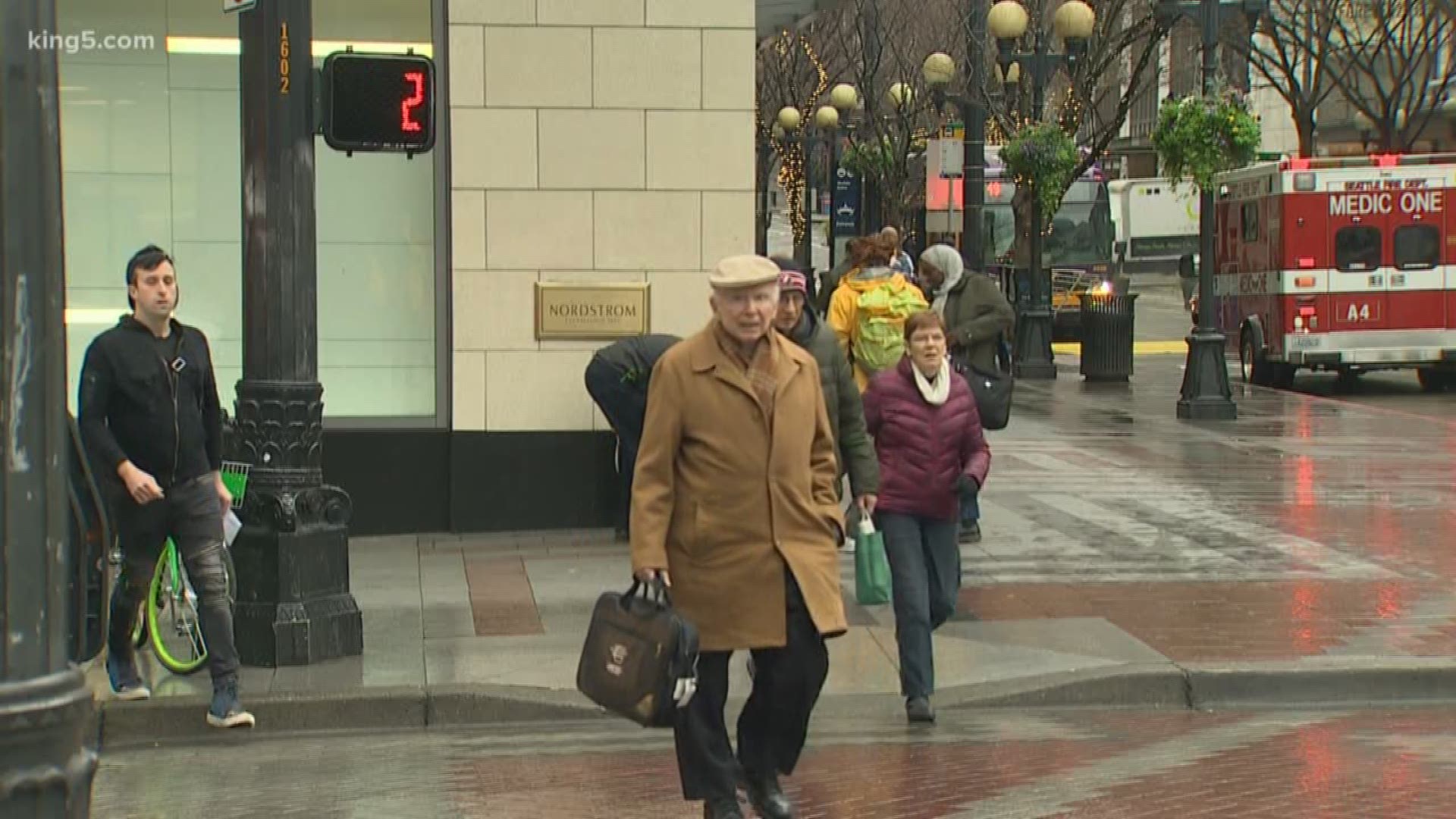 As drivers work to navigate through downtown during the "Seattle squeeze," pedestrians can do their part to help traffic flow.

It's not uncommon to see people walking through intersections after the "don't walk" signal begins flashing. That can sometimes cause traffic delays.

"As a longtime downtown worker and bus commuter, one of the biggest problems for traffic flow is pedestrians. Constantly running when there is 2-3 seconds left and then left hand turns don't happen. We should be be doing education on how to help the traffic flow especially downtown. Be courteous walkers."

RELATED: Survive the viaduct closure with this guide

In Seattle, pedestrians always have the right-of-way. But Washington state law makes it illegal for you to step out into traffic so quickly that It's impossible for a driver to stop.

The law also states that when the "don’t walk" signal begins flashing, it's illegal to begin crossing.

However, it's becoming more uncommon for Seattle police to issue ticket for jaywalking. Between 2010 to 2017, SPD issued 1,753 citations with the totals dropping every year.