Parts of viaduct demolished near Seattle Aquarium on Wednesday

Demolition of Seattle's viaduct continued Wednesday, with large chunks coming down near the Seattle Aquarium. 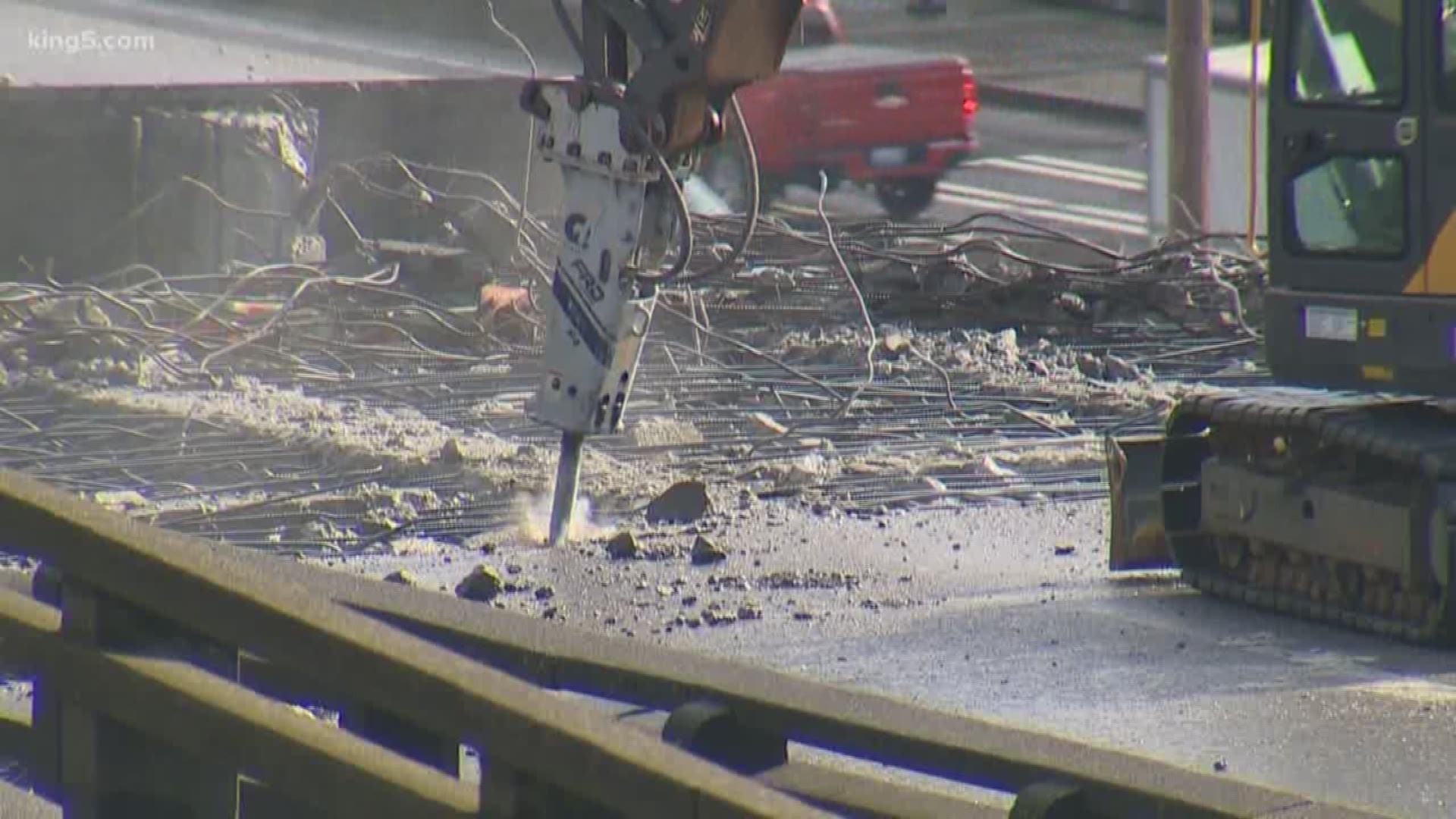 Contractors are busy demolishing three parts of Seattle's Alaskan Way Viaduct, plus a section of road that was part of the old Highway 99.

On Wednesday, contractors finished removing two spans of the viaduct that ran over Western Avenue, near the west end of the closed Battery Street Tunnel. Sunlight now shines through another tall section across from the Seattle Aquarium. Work continues on the foot of the Columbia Street on-ramp where demolition began Friday afternoon.

Above the north entrance to the Battery Street Tunnel, the old road surface has been pulverized for quick removal. Work has started to create a new connection to Denny Way.

RELATED: See the vision for Seattle's waterfront without a viaduct 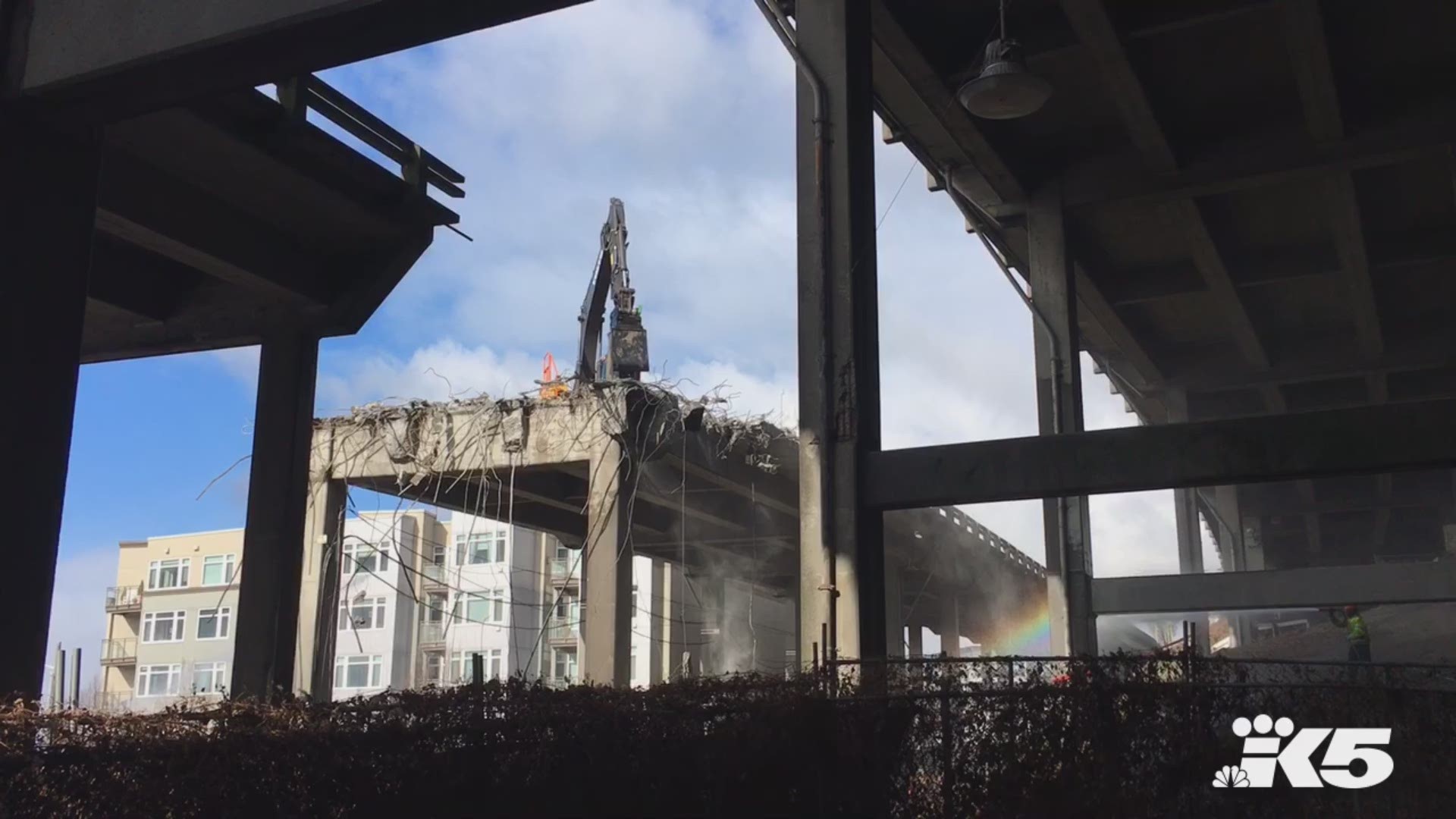