A grand opening celebration for the new SR 99 tunnel under downtown Seattle gave the public a chance to walk the tunnel before driving it. 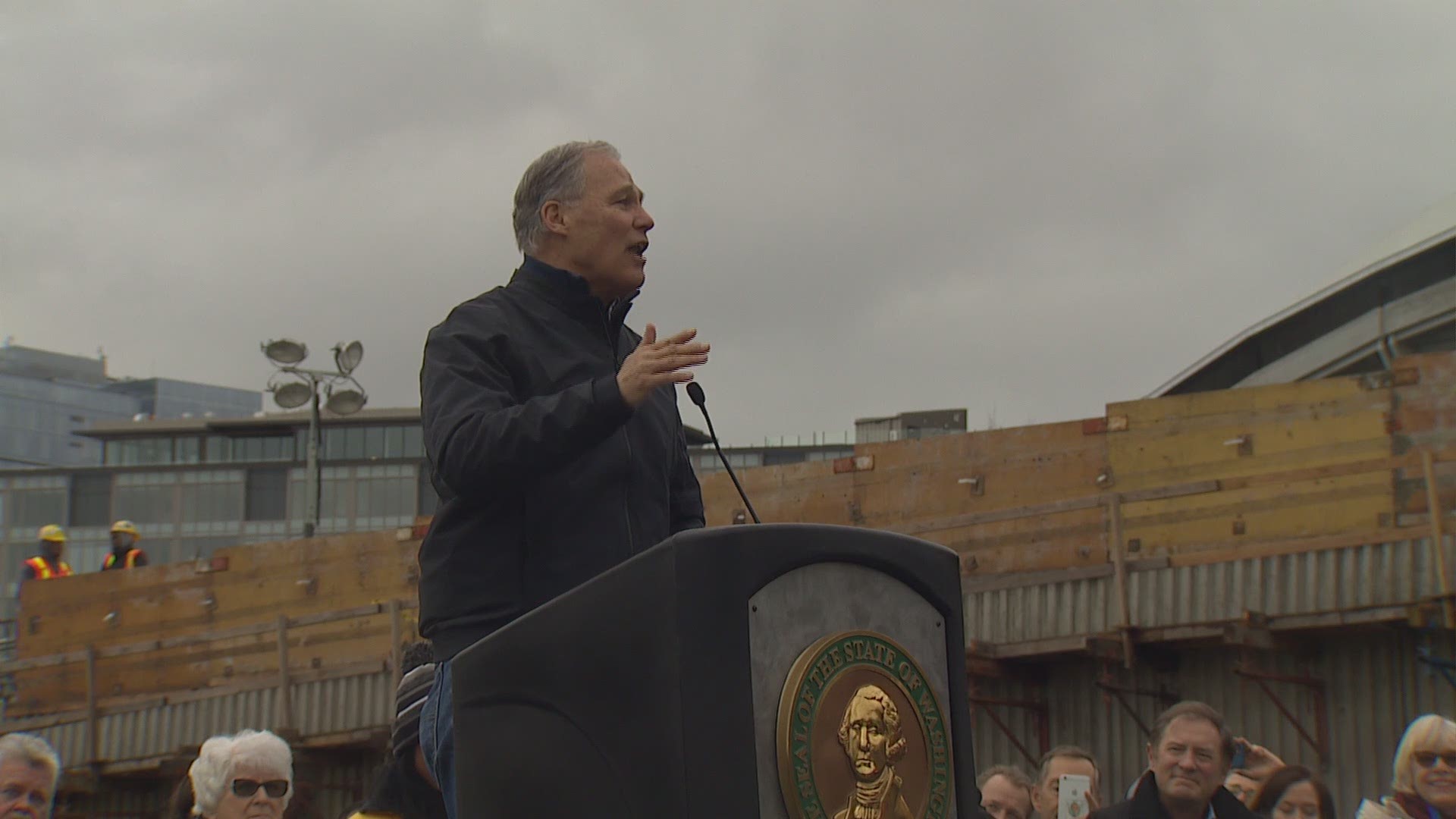 SEATTLE — Seattle celebrates the opening of the new State Route 99 tunnel under downtown this weekend with a community festival featuring an 8K fun run, bike ride, and family activities.

RELATED: A look at the new tunnel before it opens

Most public events will take place Saturday with STEM activities and food trucks at the north hub near Harrison Street and Sixth Avenue North and the south hub near First Avenue South and South Royal Brougham Way. A community art festival will take place on the viaduct.

Free tickets are sold out to walk on the viaduct one last time, but you can still get a ticket for the tunnel walk.

Washington State Department of Transportation spokesperson Steve Peer says the agency gave out between 70-80 percent of tickets for total capacity, so if you don’t have a ticket, you can wait in a walk-up line at the Seneca Street ramp or at the Battery Street Tunnel for access to the viaduct. However, there is no guarantee unticketed guests will get a slot. 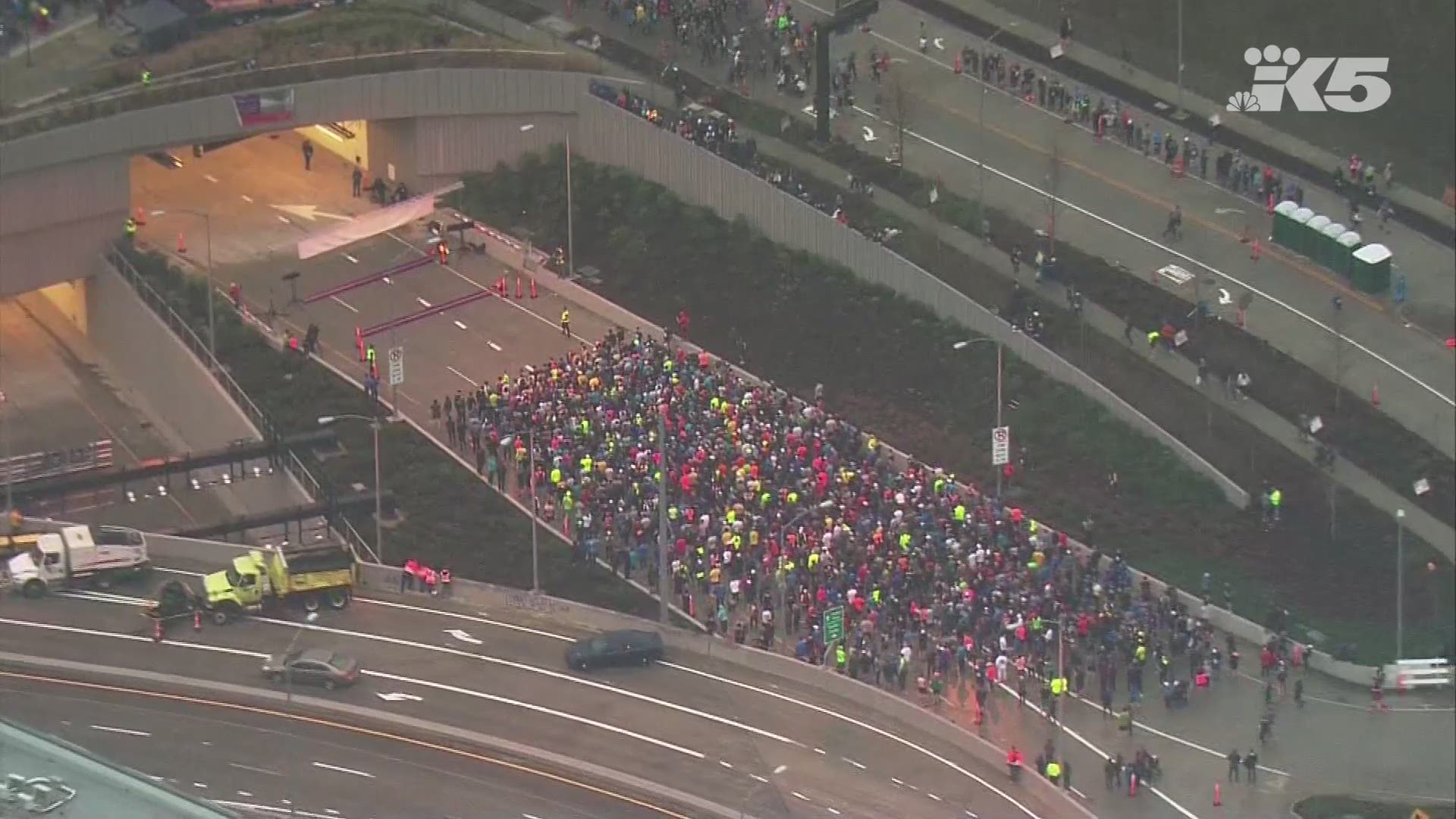 Four former Seattle mayors – Charles Royer, Greg Nickels, Mike McGinn, and Ed Murray – were in attendance at the ribbon cutting ceremony to witness the completion of a project that's over a decade in the making.

The Sunday 8 a.m. bike ride is sold out.

The tunnel is slated to open to traffic early Monday in time for the morning commute. It will take several hours for crews to do a final sweep of the tunnel before it opens, and a specific opening time has not been released.

RELATED: How drivers will navigate the tunnel once it opens

On Friday night, registered runners and walkers for Saturday’s Tunnel to Viaduct 8K picked up their packets at Road Runner Sports in Seattle.

"I love it when I am coming back into town, and you are up high and you can see the whole city," said Henderson. She is expecting a sentimental celebration.

At Cascade Bicycle Club, registered riders checked in Friday to make sure they were ready for Sunday morning’s tunnel ride.

Bill Thorness expects a big bike party to celebrate a significant part of Seattle’s past.

"It is a historical moment. It is a turning point for the city in transportation. Once that viaduct comes down, the waterfront is going to be a lot different," said Thorness.