How are commuters getting to work during the Seattle Squeeze?

Traffic has been pretty good after four days without State Route 99 through Seattle. Here's how commuters have been navigating what is being called the ‘Seattle Squeeze.’ 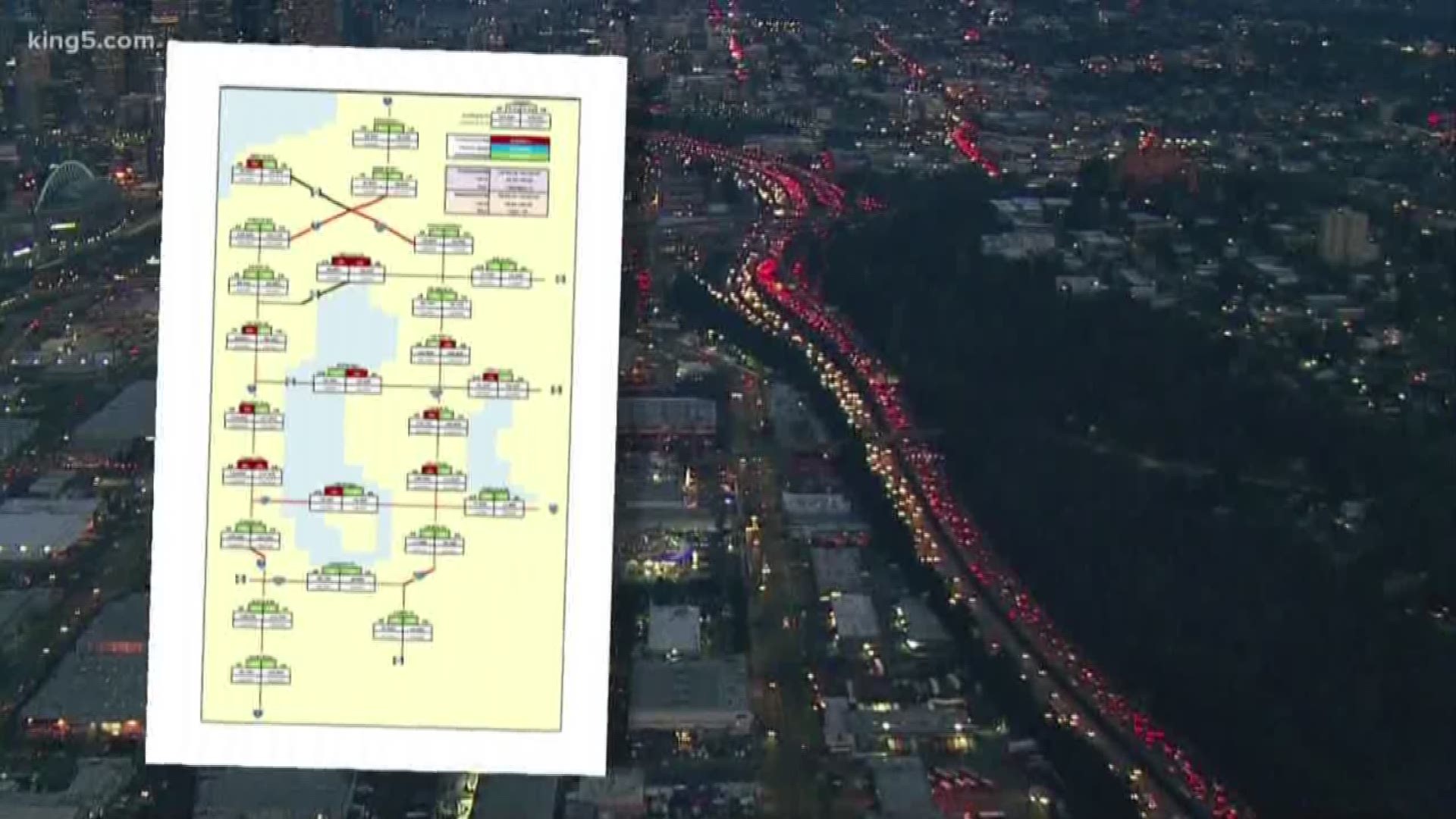 The warnings have come for months to prepare for an unprecedented three-week closure of State Route 99, one of two freeways running through Seattle.

Seattle has seen long but shorter shutdowns before, with similar warnings. The typical traffic pattern is OK for a few good days, only to have complacency set in and people get back in their cars and traffic nightmares ensue.

Thursday night’s commute, complete with wet roads, was heavier than the first three and a half days of the Seattle Squeeze. Overall, the commutes so far have gone better than expected, and the numbers give us a feel for why.

One measure is the number of vehicles counted on state highways in the Seattle metro area.

According to the Washington State Department of Transportation (WSDOT), traffic on Monday, January 14, compared to an average week a year earlier, saw traffic down almost everywhere when measured during the full 24-hour period.

Overall, traffic was down along Interstate 5 as measured at South 172nd Street, 10 percent northbound and 11 percent southbound. The traffic counter at Yesler Way downtown was up 1 percent in each direction, the one place where traffic increased.

Across the I-90 bridge, the numbers were down 7 percent westbound and 9 percent eastbound.

By Wednesday, the numbers were less great but still pretty good overall. That same counter at South 172nd Street had northbound traffic down, but just 5 percent. Westbound I-90 was actually up one percent.

RELATED: Some offices empty as employees flex-work during 'Seattle Squeeze'

These numbers would include vehicles during the actual commutes, but not the timing of those commutes which were running heavier earlier.

It is January, so the weather during the first three days of the shutdown was glorious, not only for commuters but for the contractors building the connection into the new tunnel under Seattle with mostly sunny skies and relatively warm temperatures.

Thousands of commuters are also taking bikes. New numbers from the Seattle Department of Transportation received late Thursday afternoon show bike rider counts way up over a year ago on the city's major bike corridors.

On Wednesday, King County Metro ran a record 74 extra bus trips with its standby fleet, carrying 3,001 passengers. The West Seattle Water Taxi has another active day with passenger counts up 151 percent over the same day a year ago, saying they have plenty of room for even more.

Sound Transit, which operates light rail, commuter trains, and express buses to many of the suburbs, does not have any hard numbers, at least not yet.

"Pulling ridership is complicated, involving several automated and manual processes.  It's not possible to get ridership in real time, unfortunately," said Sound Transit Spokeswoman Rachelle Cunningham. "Every update we've received from our operations department this week says simply that loads are typical."

But some benefits are much harder to measure. How many people took vacation time during the first few days of the Seattle Squeeze fearing the worst in traffic? How many stayed home to telecommute?