Work on the new SR 99 tunnel is proceeding as planned during the three-week highway closure, according to transportation officials. 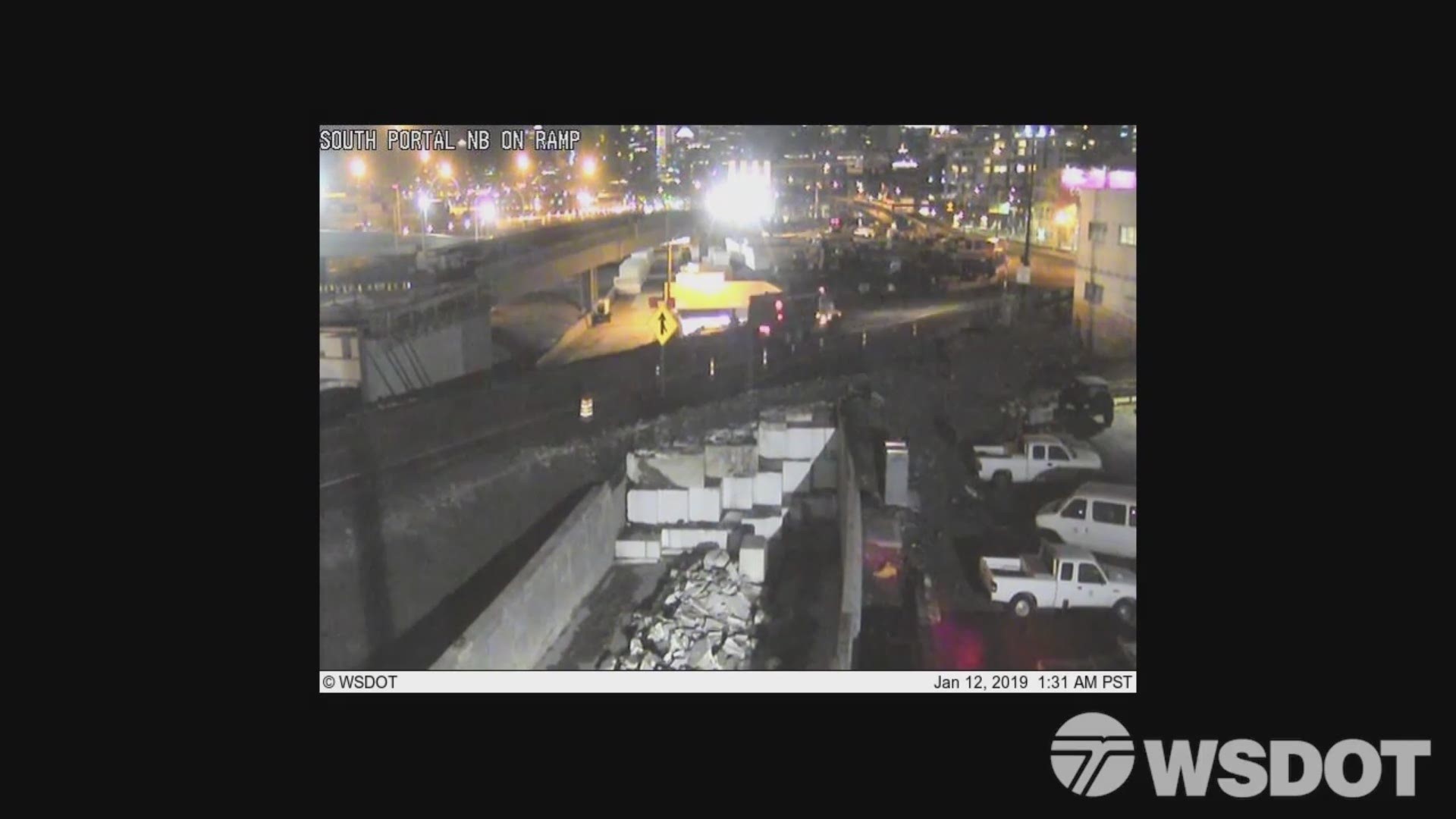 More than one week into the State Route 99 closure in Seattle, contractors are making "good progress" on tunnel ramp construction, according to WSDOT

In a matter of days, the two detours that connected the Alaskan Way Viaduct to the southern part of SR 99 were virtually erased by new construction. Crews have excavated two ramps built and buried in 2014 in preparation for the final connection to the new tunnel. 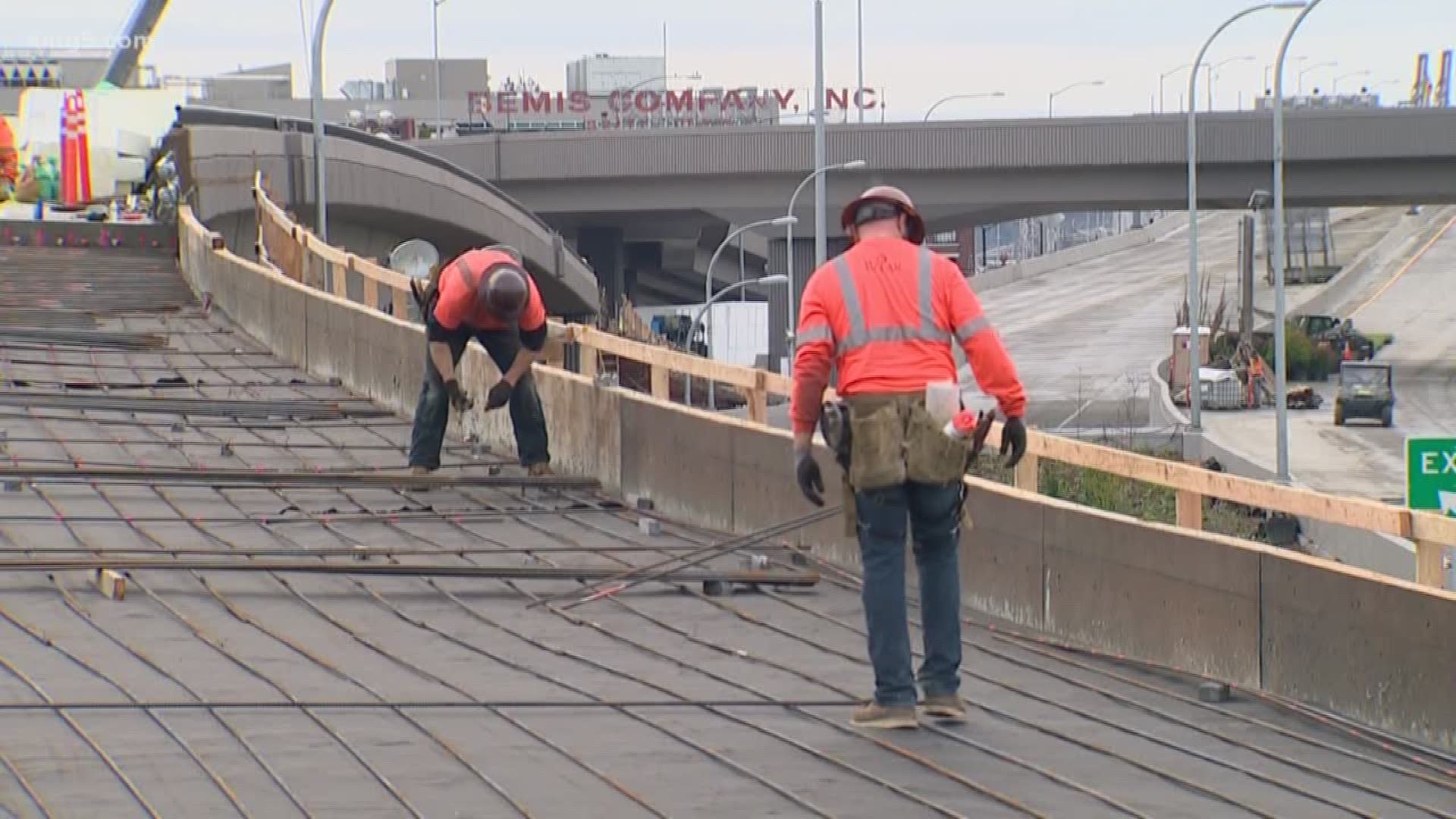 Geofoam, which is a substitute for fill soil, was used to hold up the temporary roadway at the tunnel’s south portal.

“It’s been a few short days, and suddenly this site looks completely different,” said Dave Sowers, deputy administrator for the tunnel project. “Some of those activities are ahead of schedule.”

Aerial footage captured crews laying down additional geofoam Tuesday for the new northbound SR 99 off-ramp to South Dearborn Street. Once all that geofoam is in, crews can then pour concrete on top to build the roadway. 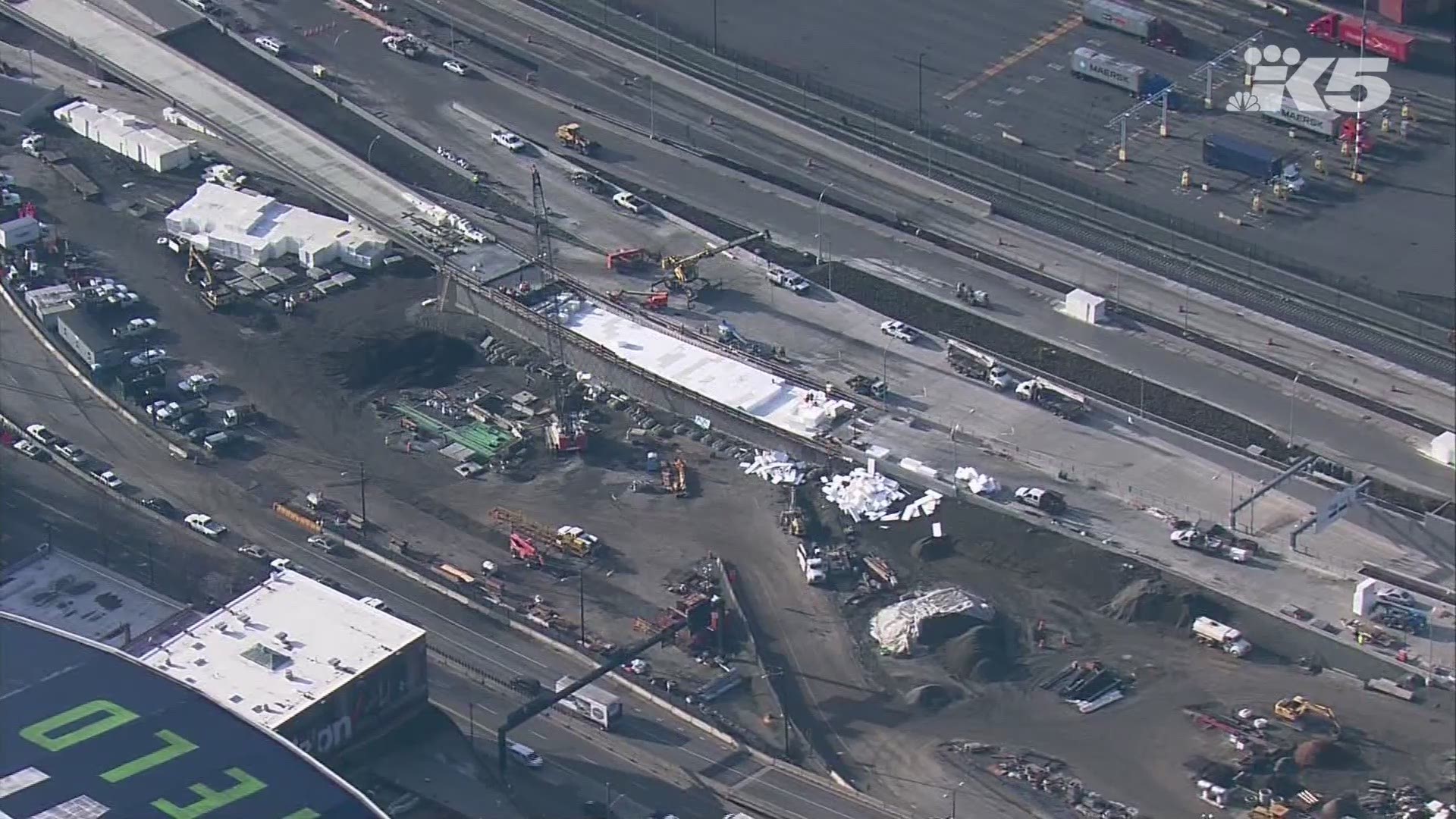 Striping is also underway for portions of new roadway, according to Newborn. Crews will then focus on installing highway barriers and pouring concrete.

RELATED: Why SR 99 will close for 3 weeks before Seattle tunnel opening

Construction started the night of January 11, as three shifts went to work at both ends of the tunnel to try and make the opening of the new tunnel as short as possible. So far, so good as contractors have had good weather, and even unusually warm temperatures during daylight hours.

However, there are things that could go wrong, and the weather tops the list. But even if the weather holds, why will it still take another two and a half weeks to make the connection?

That answer focuses on the time it takes for concrete to cure.

“Partly, it's the thickness of the slab. This isn't just some Redi-Mix in a bucket. This is 14 to 12-inch slabs that take time to cure,” said Sowers.

The concrete could prove to be one of the most time-consuming aspects of the process, as it’s expected to take more than a week for the concrete to cure before it’s safe for cars to drive on.

Sowers said his worst fear is a sustained cold snap with temperatures below freezing. That might force the contractor to bring out blankets and heaters to put over the concrete.

However, a few hours or overnight frost as we’ve seen in recent days are not a problem, Sowers said.