People throughout the Greater Seattle area experienced significantly longer commutes when the viaduct shut down for 10 days in 2016, according to data from the state. 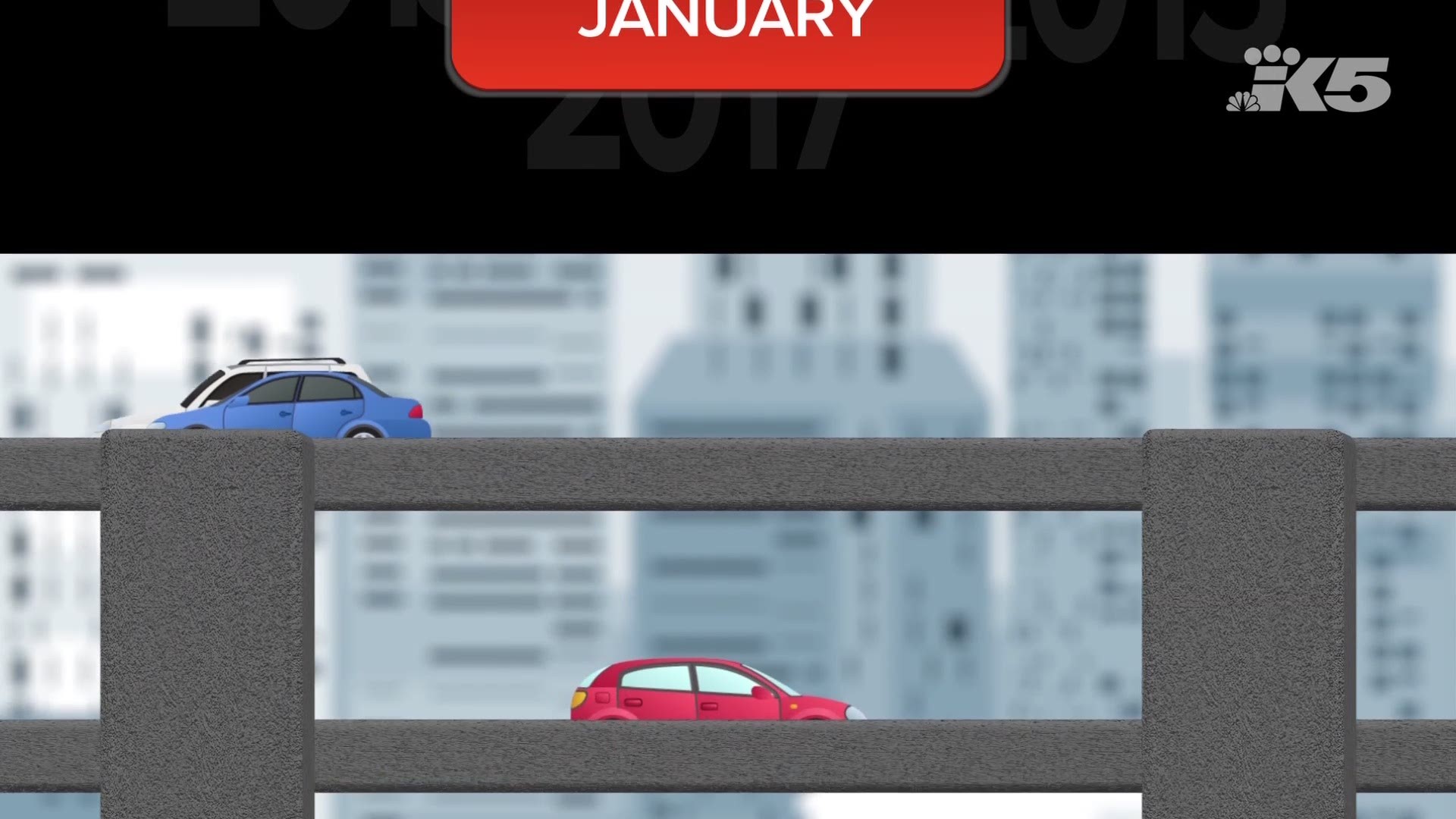 The last time State Route 99 through Seattle closed for a significant amount of time, commuters throughout the Puget Sound region suffered.

Drivers from Everett down to Tacoma and over on the Eastside all saw travel times increase when the Alaskan Way Viaduct along the Seattle waterfront shut down for about 10 days in 2016.

The closure occurred while the now-disassembled tunneling machine Bertha bored a hole under the viaduct. In early May of that year, drivers, on average, spent more time in their vehicles during both morning and afternoon peak commutes (6-9 a.m. and 3-6 p.m.), according to data from the Washington State Department of Transportation.

Drivers heading north from Pierce County via northbound I-5 didn't fare much better. The morning commute from Federal Way was taking up to 70 minutes. The afternoon commute back to Federal Way wasn't nearly as painful, as drivers seemed to adjust when they hit the road.

In general, according to the data, commuter traffic started earlier and lasted longer on all major highways.

This year, 29 counties have experienced growth exceeding 1 percent, according to the Office of Financial Management. Eleven of those were non-metropolitan. No counties have seen a decline in population this year.

According to the latest state's Corridor Capacity Report, passenger vehicle registrations increased by 7.2 percent last year and delays on I-5 increased by 15.6 percent, while I-90 and 520 saw decreases in delays. Most of I-5 is routinely congested during peak periods in the morning and afternoon, according to the state.

On Jan. 11 at 10 p.m., the Alaskan Way Viaduct permanently closed - though some people stuck around for an after-party. The closure will force people onto alternative routes, including surface streets and I-5.