It's been nearly 30 years since discussions started about replacing Seattle's Alaskan Way Viaduct. The first warning about the viaduct's vulnerability to earthquakes came after a California quake caused a similar freeway to collapse onto traffic. 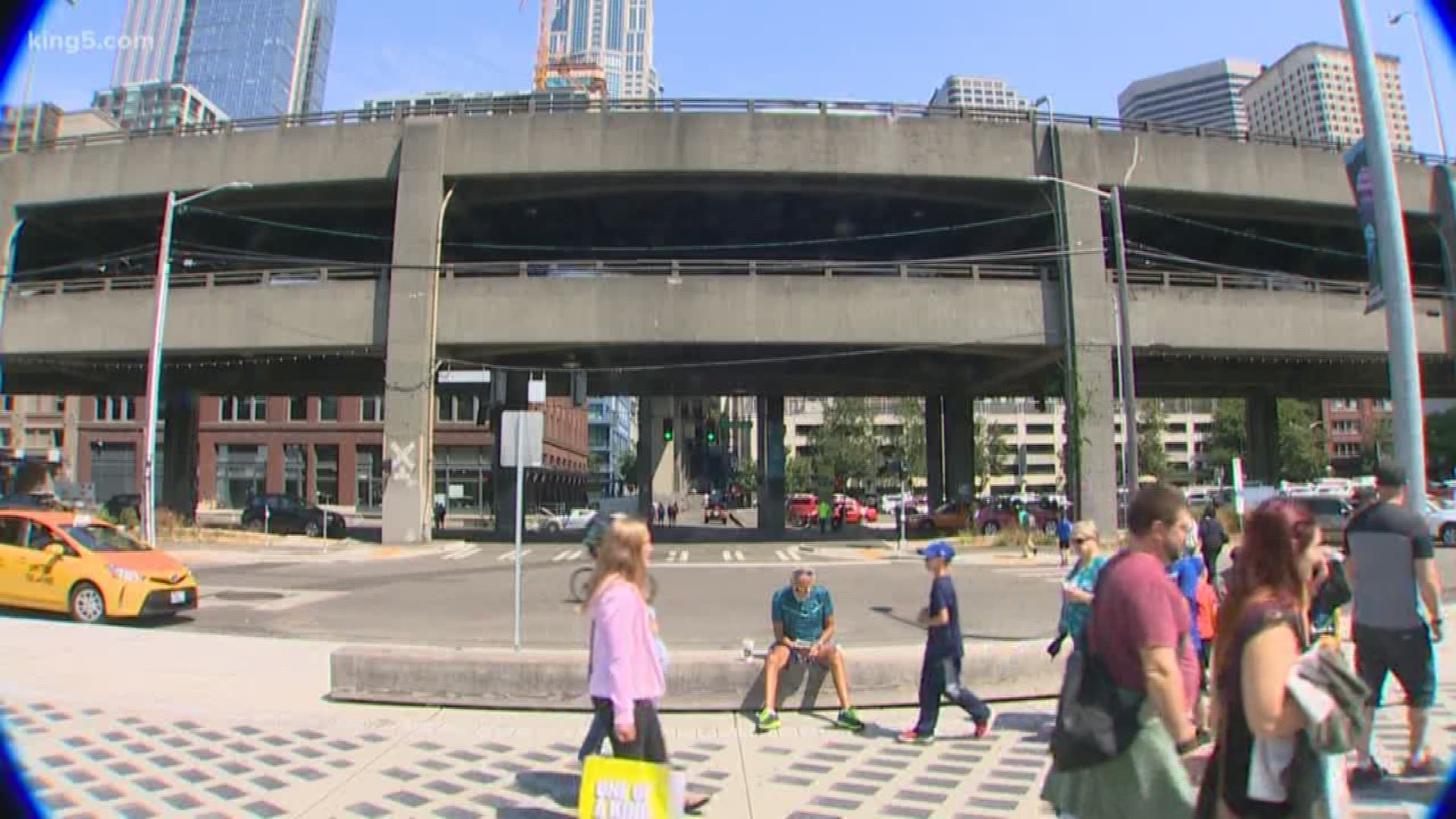 SEATTLE — The warning about the earthquake vulnerability of Seattle’s Alaskan Way Viaduct came on the afternoon of October 17, 1989. It was broadcast live to the nation during Game 3 of the World Series.

Only the earthquake wasn’t in Washington it was in northern California. The quake caused a similar double deck concrete freeway to collapse onto traffic in Oakland. Most of the 63 killed in the magnitude 6.9 Loma Prieta earthquake died as a result of the freeway failure on Interstate 880, also known as the Cyprus Freeway.

The freeway collapse in California immediately attracted the attention of the Washington State Department of Transportation (WSDOT).

“The DOT did an in-house review of the viaduct, and the structure looks a lot like the Cyprus structure. It was built about the same time, it was designed with the same level of knowledge,” said Professor Steven Kramer of the University of Washington’s Department of Civil and Environmental Engineering.

Kramer is a geotechnical engineer who had driven on that very highway while earning multiple degrees at the University of California at Berkeley.

“We could have had a collapse just like in the Cyprus structure,” said Kramer.

But any urgency to fix the viaduct would fade for another dozen years. That is until Washington had another earthquake of its own, the magnitude 6.8 Nisqually earthquake centered some 30 miles underground near Olympia in 2001.

Also see | Seattle's viaduct will close Jan. 11 and commuting will be more difficult 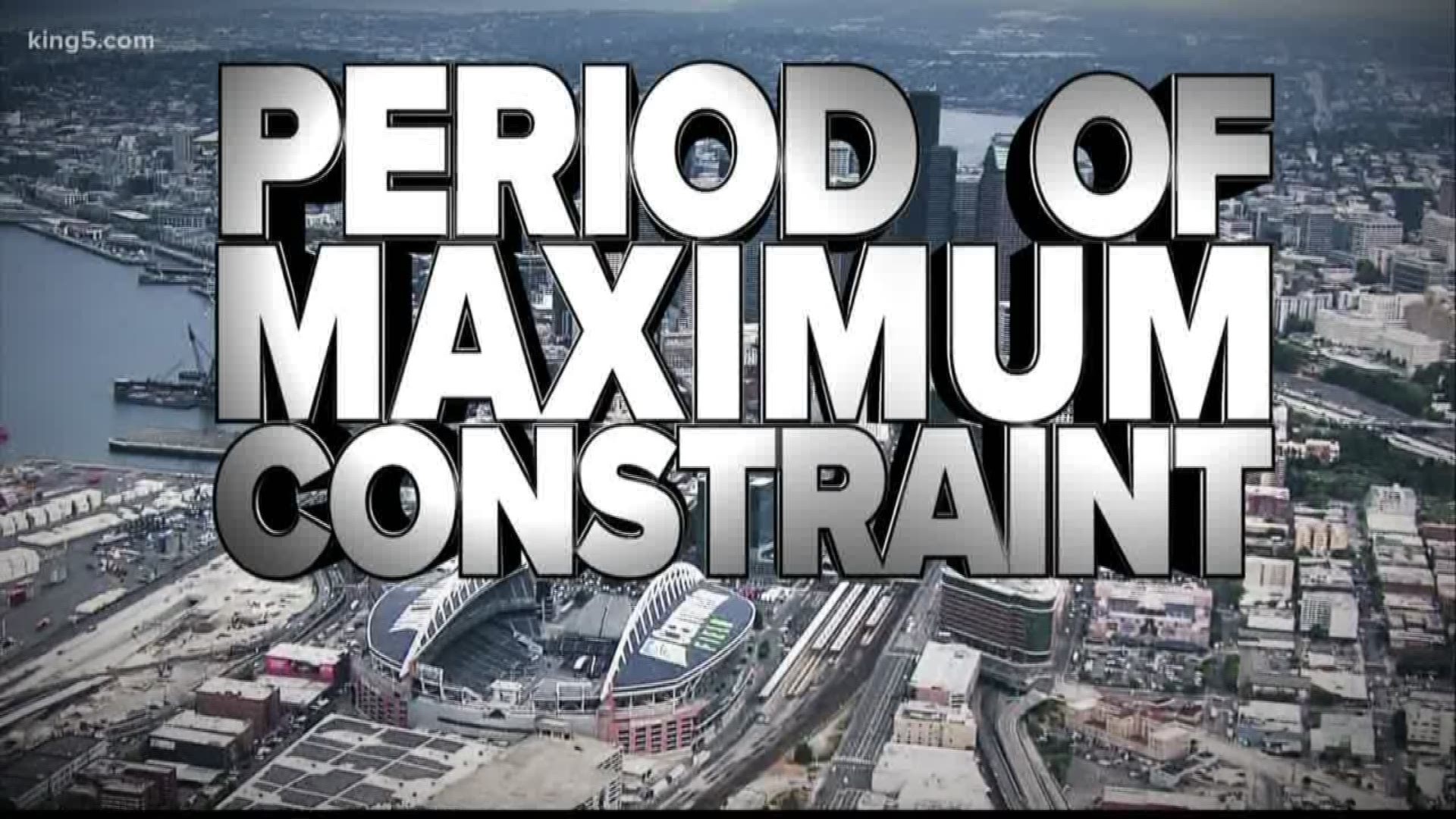 It was the largest earthquake in Washington since the magnitude 6.5 in 1965, and only the second since the viaduct was opened on April 4, 1953.

The initial inspection of the viaduct following the quake, which hit just before 11 a.m. on February 28, was positive and the viaduct was reopened. It wasn’t until early April when the damage showed itself as cracks formed at some joints where the upper deck joined the vertical supports.

“Movement of the ground can continue for some time after the earthquake shaking has ended, and that’s a problem with liquefaction,” said Kramer.

In fact, the soil surrounding the viaduct’s subterranean legs - the pilings below street level - are surrounded in what Kramer calls “junk.”

Believed to be 30 feet deep in places, the loose combination of soil, rubble, construction debris, and even sawdust held back by a wooden seawall can amplify shaking. Since they’re saturated with water, the structural ability to hold up structures like roads and bridges is compromised. The dirt would begin to fly and would in effect “liquify” during shaking. It’s all fill designed to build up the land.

“And it was filled in an un-engineered manner. It’s just basically dumped in,” Kramer explained.

Kramer and other experts in bridge construction say a bigger quake that shook the viaduct longer, or one that hit closer, could have easily brought the viaduct down. Some of the biggest risks would come from more than five minutes of shaking during a magnitude 9 earthquake along the Cascadia Subduction Zone, which runs off the coasts of Washington, Oregon, British Columbia, and California north of Cape Mendocino.

Then there’s the complex of faults known as the Seattle Fault, which is in the neighborhood running just south of downtown Seattle. That quake is expected to come in at a magnitude 7 to 7.2. 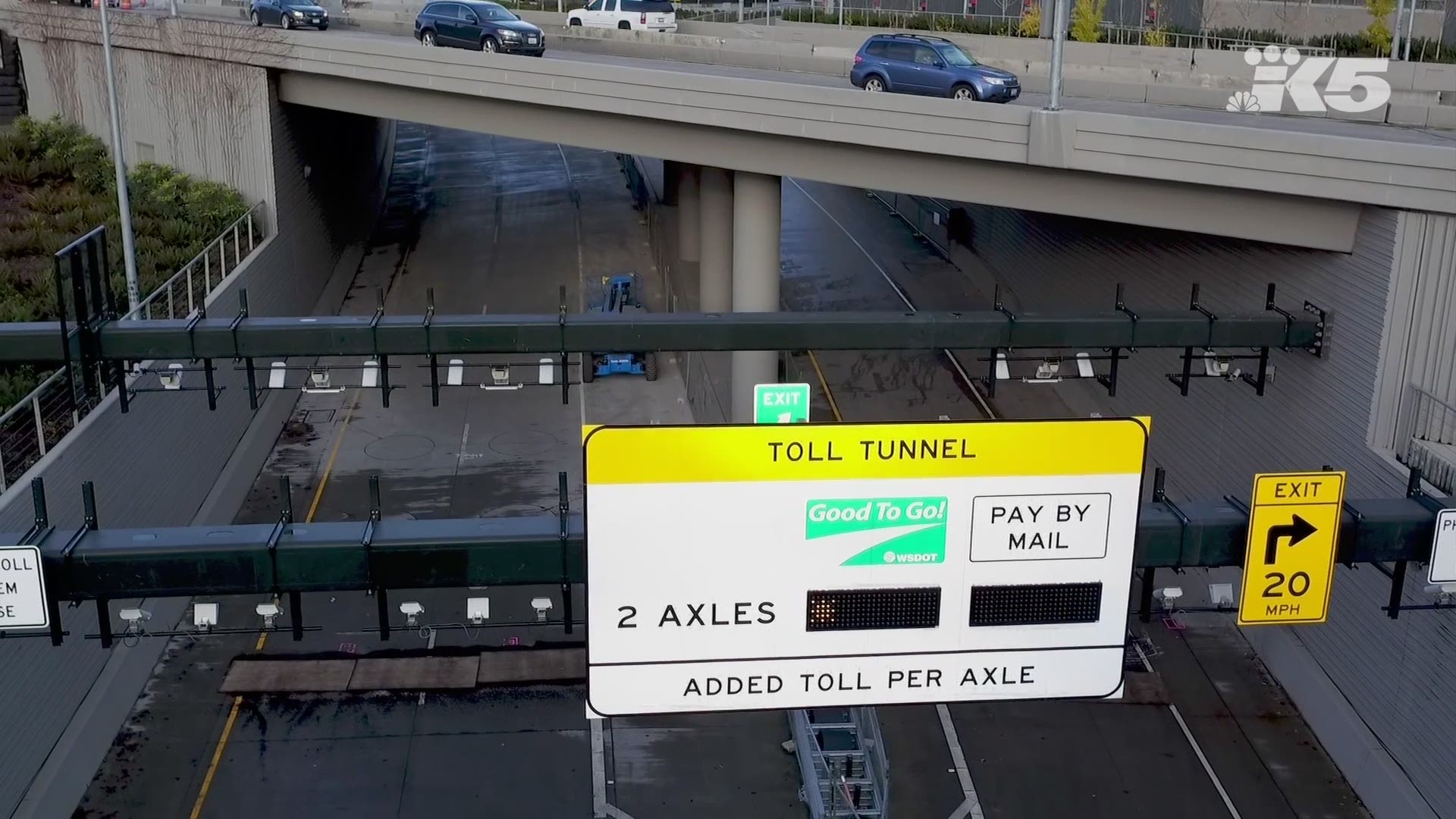 While that may not sound like that much more than Nisqually, the Seattle Fault runs at or near the surface, making it far more devastating.

Then there’s the South Whidbey Island Fault believed capable of a similar, if not more devastating, earthquake.

If the new Seattle tunnel opens as hoped on February 4, 2019, it will be eight months shy of the 30-year mark since Loma Prieta in northern California.

Unlike the viaduct, which was designed decades before the current bridge and road standards which can keep freeways from collapsing, the Seattle tunnel is flexible and most of the dirt it runs through deeper underground is strong glacial till which was compressed into a solid mass under thousands of feet of massive glaciers during the ice age.

A new seawall is already in place, which could keep that fill from flowing into Puget Sound. But until the evening of January 11, 2019, when the remaining mile of the Viaduct is closed for good, everybody is keeping their fingers crossed there is no earthquake.