A couple dozen Tukwila businesses are getting kicked out to make way for public safety stations, but business owners fear they're not going to get compensated to move. 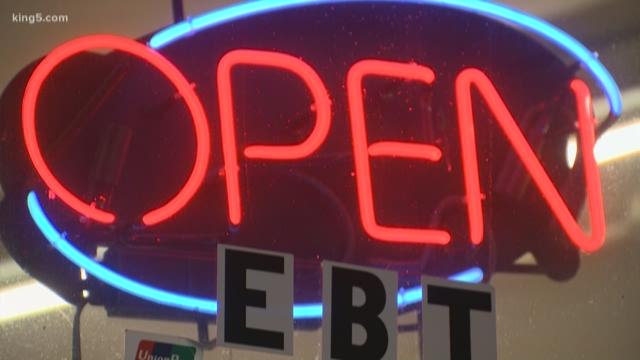 Twenty-five Tukwila business owners fear they won’t be compensated by the city after Tukwila used eminent domain to force them to relocate.

The city of Tukwila purchased the land because it has outgrown its current space, and buildings, like Fire Station 51, are not seismically sound. In 2016, voters approved a public safety bond, paving the way for the city to replace several old buildings.

The city plans to replace three aging fire stations, pay for fire apparatus and equipment for twenty years, construct a new Justice Center to house the Police Department and Municipal Court, and construct a consolidated shops facility to house the street and vehicle maintenance operations, according to the letter sent to business owners.

One of the 25 businesses looking for compensation is Riverton Heights Grocery. Store owner Sook Choi and her boyfriend Charlie Chai said they received a surprising letter last fall.

Chai and several other business owners came to voice their concerns during public comment at Tuesday’s city council meeting.

“The city needs the space that’s fine, just pay us financially what we paid for,” he said.

Derek Speck, the city’s Economic Development Administrator, said the city tried to make the decision before the new law started.

He said the city understands the businesses are concerned.

“We are working on a plan of what can we do to help them,” he said. “Although we’re not legally required to provide compensation. We’re going to be providing something. We’re still figuring out, what can we afford to do?”