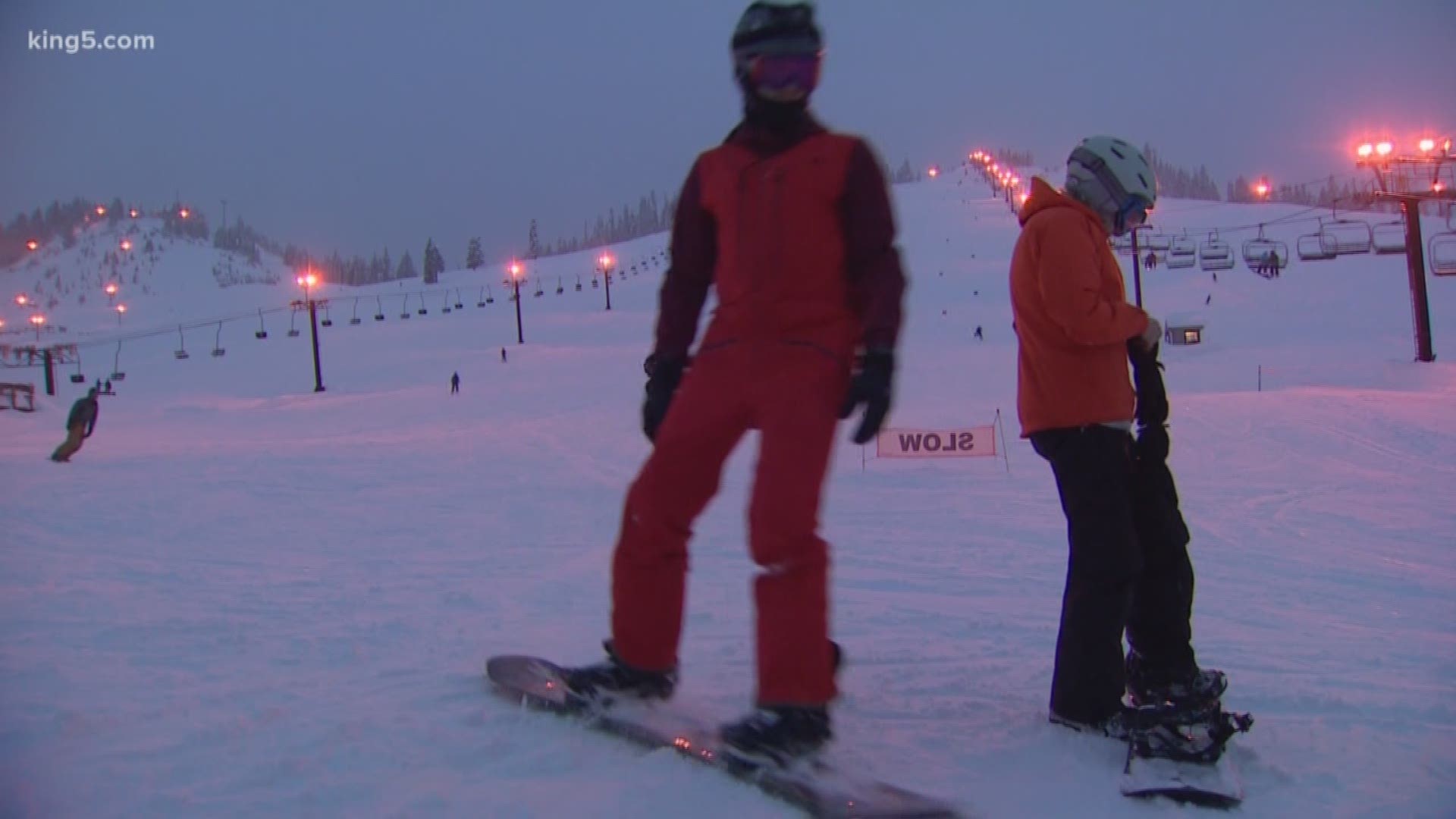 This week's snowfall has broken another record.

Tuesday, February 12, saw the largest snowfall in a 24-hour period on Snoqualmie Pass.

Crews recorded 31.5 inches of snow near Hyak Sno-Park according to the Washing State Department of Transportation (WSDOT). It was the largest 24-hour snowfall on the pass since WSDOT began recording in 1973.

The pass received 53 inches of snow during Tuesday and Wednesday combined. Semi-trucks and other vehicles had to be escorted by Washington State Patrol to North Bend in the eastbound lanes because of avalanche danger. The pass was open again Thursday morning.

Guy Lawrence, General Manager of the Summit at Snoqualmie, said clearing snow from the resort has been a lot of work.

"When you get five feet of snow in less than five days, that's always going to be a crazy week," Lawrence said.

He said in large snow events like this - everyone grabs a shovel to clear plazas and guest areas. That work continued Thursday.

Turns out you can get a little too much of a good thing.

"It's starting to feel that way," he laughed. "We'll take the snow, believe me. But we don't get it quite this fast."

Riders arriving at the West Summit Thursday evening got the chance at fresh powder - chest deep at some places. Lawrence called it once in a decade snowfall.

"We were here two nights ago - and we got snowed in," he said. "They closed the pass on us while we were up here, and we risked it, went down - absolutely insane. Two feet of snow on the pass - I almost boarded on the pass, right on I-90."

At the same time, Zack Sroka, a Summit employee, spent his day clearing more snow with an industrial sized snowblower.

"I'm just here to get this snow moving and get people on the chairs, that's all we want to do," he said.