Tsunami warning siren installed in Edmonds, one of many across western Washington

The legislature approved $2.7 million along with $150,000 in federal money to complete a network of 122 towers that can warn people a tsunami is on the way. 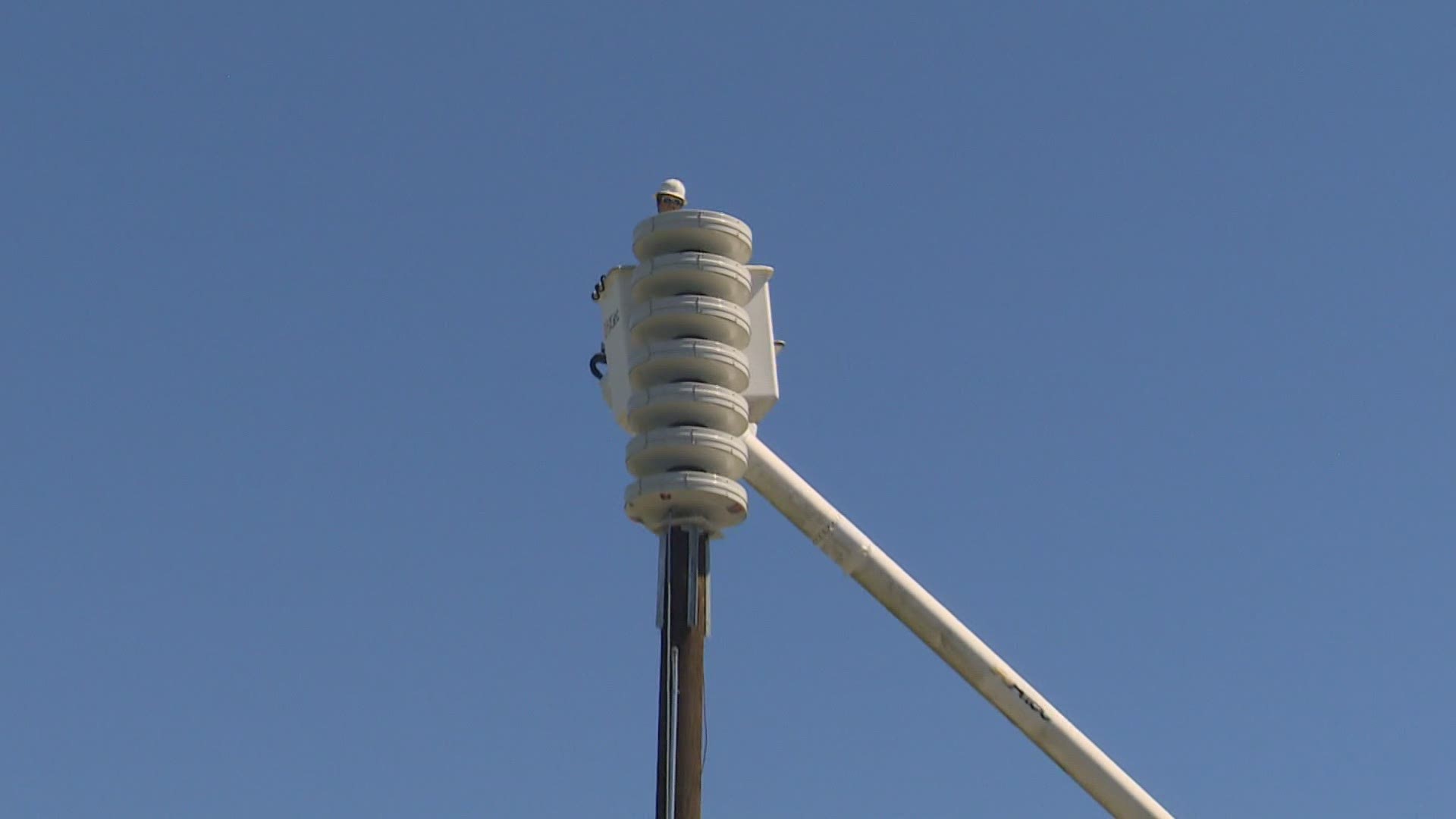 EDMONDS, Wash. — Communities in western Washington like Edmonds, Everett and Bellingham are no longer considered out of reach of damaging tsunami waves.

The legislature approved $2.7 million along with $150,000 in federal money to complete a network of 122 towers that can warn people a tsunami is on the way. If that tsunami originates from a long distance away, say from Alaska, that warning can come hours before the anticipated arrival of tsunami waves.

But tsunamis can also be generated locally.

Scientists said the biggest threat is from the Cascadia subduction zone, a fault off the Washington Coast capable of generating some of the largest tsunami’s in the world, similar to the tsunamis that hit northeastern Japan in 2011.

That would still likely provide more than an hour’s notice. Yet, the Seattle fault, which crosses Puget Sound roughly in the area of the SODO neighborhood, is associated with tsunami generation based on sand deposits and other geological evidence. In that case, a warning could be just a matter of minutes.

Emergency managers said, in that case, your primary warning is really the earthquake shaking itself. If you’re near the water, whether along the outer coast or inland, get to higher ground as soon as the shaking stops.

Yet in popular areas like the Edmonds waterfront, which can be a gathering place for thousands on a busy weekend or during a festival, an evacuation could take time.

“Something like this is where minutes make the difference,” said Edmonds Mayor Mike Nelson. “Especially with our geography, where relatively quickly you can get to higher ground, having a siren that let’s folks know a tsunami’s coming is a life saver, a game changer.”

The cities and local jurisdictions only have to pay for the power going to the towers, but also have a say in what kind of additional warning messages that go out on them.

Elyssa Tapperro, the tsunami program manager with Washington’s Emergency Management Division, said the Edmonds tower is part of the last 50 being installed.

Other new towers are going up including five in Whatcom county, six in Island County, two more in Everett in Snohomish County, eleven in Skagit County, along with others in counties at higher risk. There are 13 more towers going up in Grays Harbor County, seven in Clallam County, one in Jefferson County, and three in Pacific County.

Back in Edmonds, at noon on the first Monday of every month, residents will hear chimes coming from the tower followed by a voice announcement. It's all part of a regular test to make sure the towers are ready to go.