The start to the busy summer travel season is upon us and officials with Sea-Tac Airport are worried long lines could get worse. 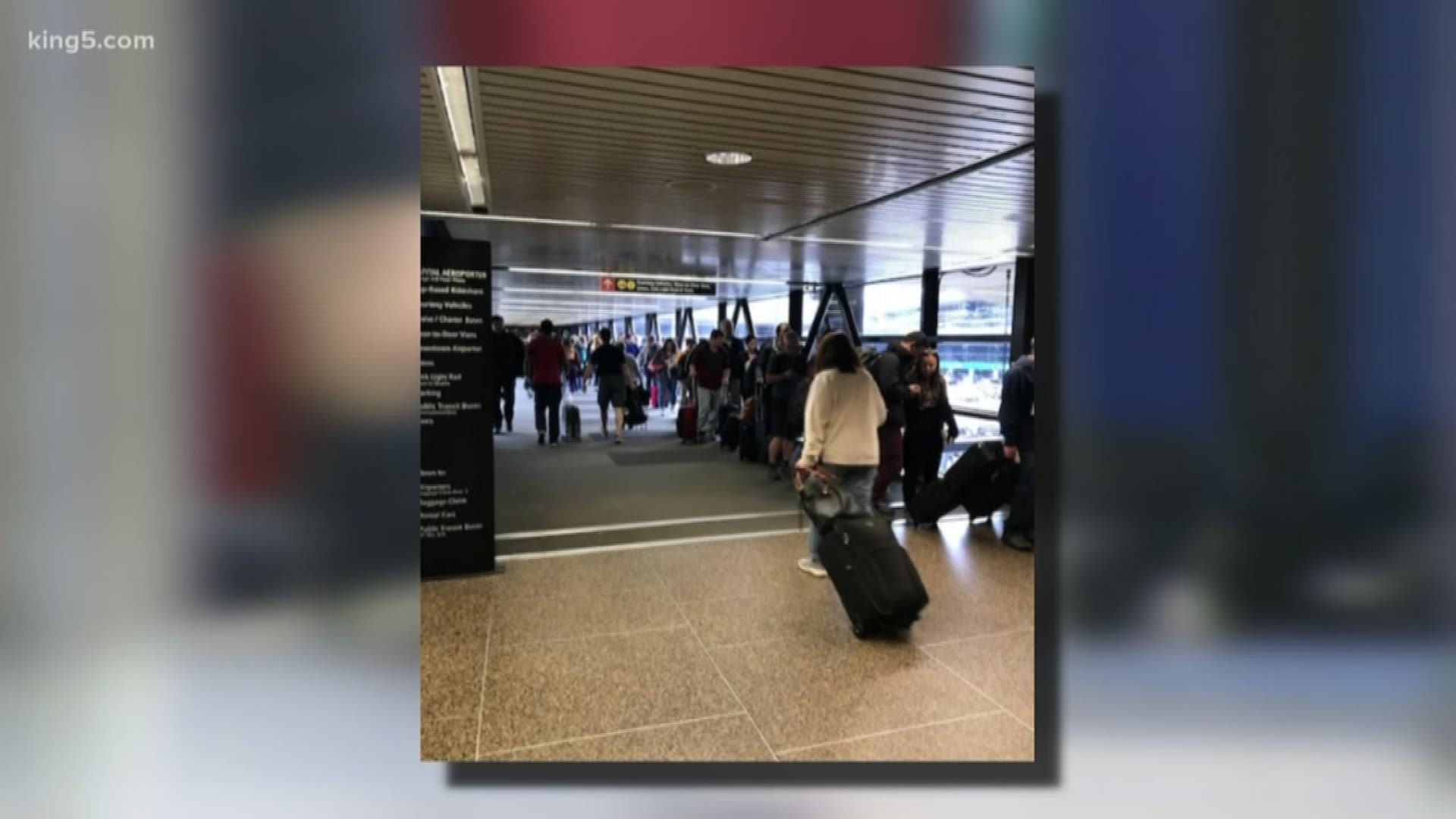 SEATAC, Wash. — The Port of Seattle warned lawmakers against a plan to send Transportation Security Administration agents to the U.S.-Mexico border on Tuesday.

The move would send hundreds of TSA employees to support a buildup of federal agents at the border. It comes at the start of the busy summer travel season.

“The lines will get long [at Sea-Tac Airport],” Port of Seattle spokesperson Perry Cooper said. “We’ve been seeing some variability to those lines, and we want to make sure people understand to get here early.”

Travelers got a taste of that Sunday when the security line stretched outside the building, into the parking garage. Cooper said travelers could spend up to an hour in line that long.

Lance Lyttle, managing director of aviation for the Port of Seattle, testified on the issue before the House Homeland Security Committee.

“Sea-Tac serves as one of the hottest economies in the country, which has made us the eighth busiest airport in the U.S.,” Lyttle said. “This increase in passengers is straining the capacity of the airport and our security checkpoints.”

Lyttle said long lines, like those experienced Sunday, create customer service and safety issues for the port. He voiced concerns about masses of people creating a "soft target" in the public space of Sea-Tac.

“The recent news of potential TSA staffing at the southern border has all airports very concerned,” Lyttle told lawmakers. “Significant diversion of [Transportation Security Officers] would affect TSA’s ability to open all security lanes during morning peak this summer, which could result in lines out to our parking garage as often as four to five days a week.”

Lyttle added a reduction in TSA officers could compound an ongoing issue of TSA employee retention at Sea-Tac.

Simply put, the port said it often cannot open as many security lanes as it would like because of a shortage of qualified TSA staff. Lyttle cited a Bloomberg Law study that found between 2012 and 2016, TSA at Sea-Tac experienced a 90% attrition rate, hiring 858 new officers but losing 772.

In March, the Office of Inspector General published a report on the issue called: "TSA Needs to Improve Efforts to Retain, Hire and Train Its Transportation Security Officers."

“In the last two months alone approximately 80 TSOs have left for other jobs,” Lyttle said.

He believes it’s due to Puget Sound’s booming economy that agents can easily find greener pastures. Lyttle said that TSA has promised 50 people from a national deployment force for the summer.

A spokesperson for the TSA directed questions about the border plan to the Department of Homeland Security but said the agency is in the process of finding volunteers, which would be less than 1% of the workforce.

“TSA will provide support so as to minimize operational impact, and it is too early to know what locations that support will come from,” the TSA statement said.

Robert Weyrick was at Sea-Tac on Tuesday waiting for a flight to Iceland.

“Everybody wants safety, but at what expense?” he asked.

“Should we put up with a little discomfort to enjoy border security? Yes,” he said. “But at the same time, do you diminish security in local airports? It’s a toss-up.”

Weyrick said he’d like to see Congress supply funding to not force a choice.

Robert Teague, who was flying home to South Carolina, voiced concerns about a reduction of TSA staff and increased security wait times.

“Less focus, fewer eyes on the job that needs to be done. It can make you uncomfortable,” Teague said.

WATCH: Sea-Tac or Paine Field? Race determines which airport is faster to drive to 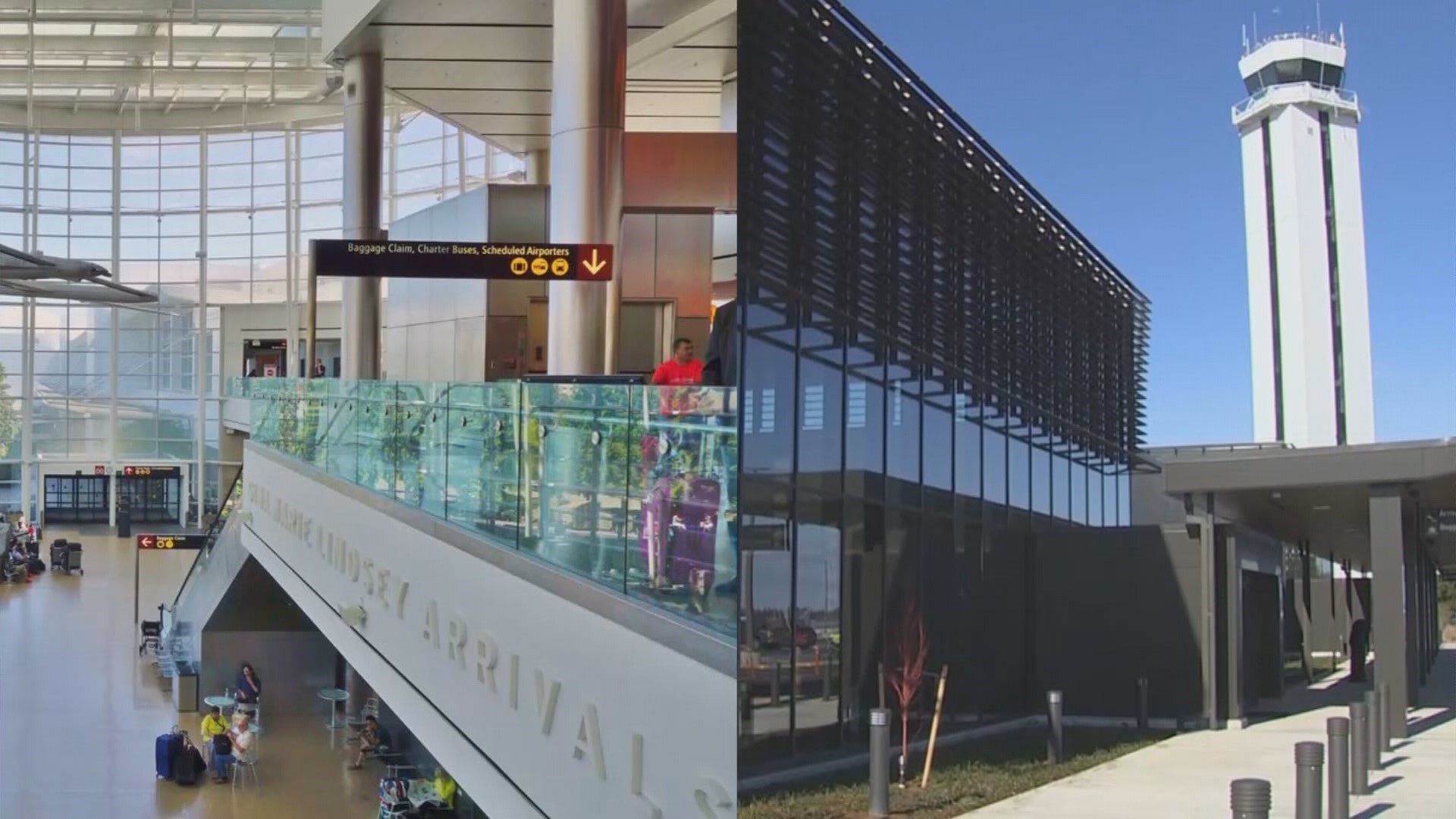