Trio of new buildings marks a 'new era' in Seattle

Seattle's ever-changing skyline is in for a whole new look thanks to a world-renowned developer coming to town. Three new projects are in the works in the downtown core that are certain to turn heads. 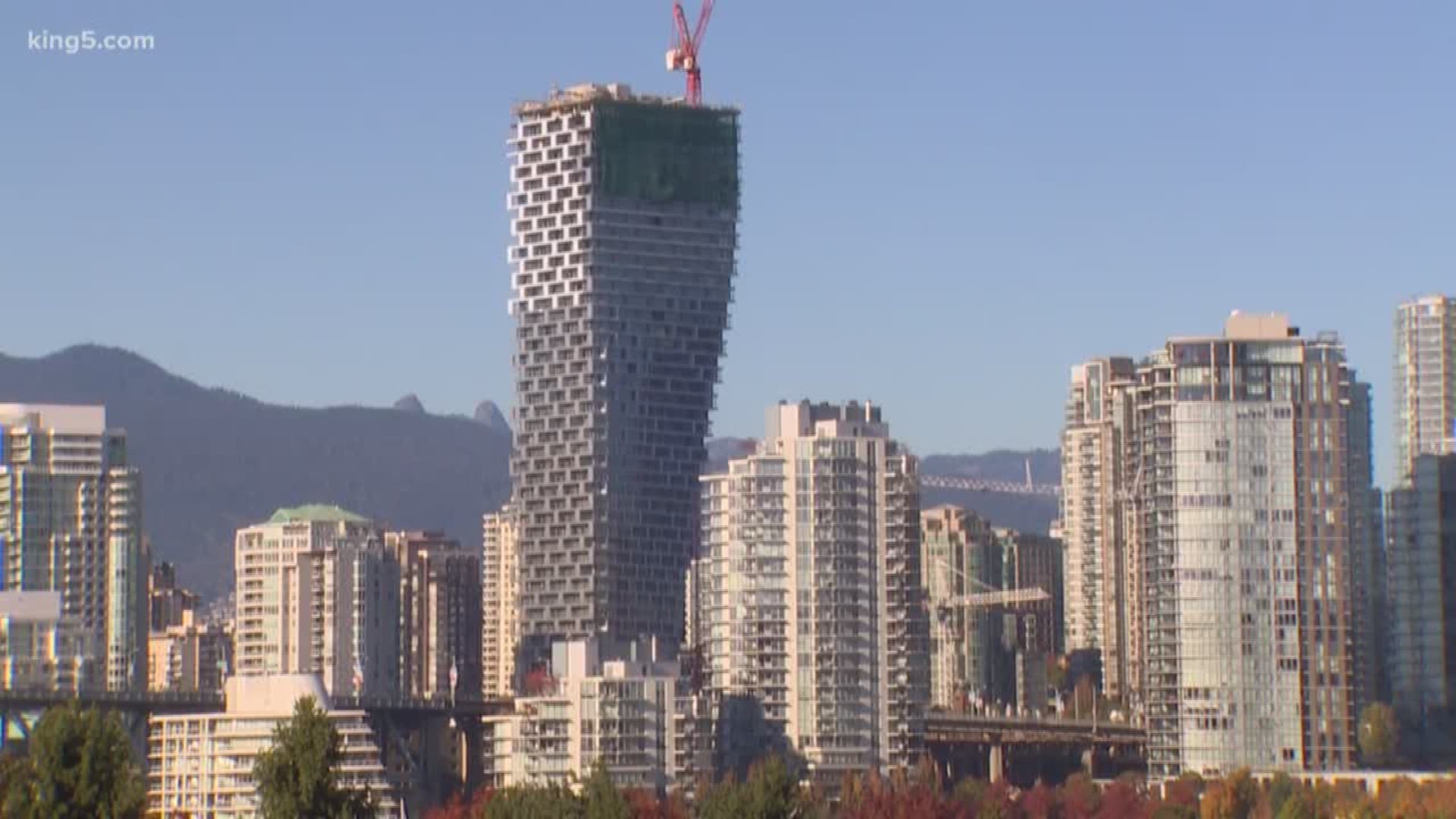 His buildings dotting skylines around the world and he has a $10 billion portfolio of projects with his name on it. But you don't dare call Ian Gillespie a "developer."

"What we do is so different than the industries way of doing it. Bunching us together doesn't give us fair representation," Gillespie said, sitting in the office in Vancouver B.C.

The office sits in a building he helped design and is across the street from his Pacific Rim hotel, highly regarded in Vancouver as one of the nicest around.

He has buildings across Vancouver, Toronto, and Tokyo. But now the world-renowned founder of Westbank Corp. is taking a chance on Seattle. Three new eye-catching projects are in the works in the downtown core that are certain to shake the industry.

First Light is a new development at Third and Virginia that includes some 450 luxury condominiums starting at $500,000. Gillespie is collaborating with longtime friend, architect, and UW alum James K.M. Cheng and Pilchuck Glass School-trained artist John Hogan. Units are expected to be move-in ready in 2022.

At 707 Terry Avenue, plans include two glass towers connected by a sky bridge.

And at 1200 Stewart, two new towers with the familiar artistic style that Gillespie is famous for.

"When someone looks at our buildings, there's a soul there," he said. "Why is a city going to be successful? It needs to inspire you. You need to want to be there, as opposed to be living in the suburbs."

"To be able to do a building is a rare opportunity. In a way, it's an offering," he said. "So you could treat it as a commodity and just crank it out, or say, 'hey, this is a chance to do something.'"

Westbank is in the final stages of construction on one of the most unique buildings in Gillespie's history.

Vancouver House is a 56-story architectural marvel, twisting its way sky high with 497 condo units. The building sits on a small triangle lot with 6,500-square-feet of floor space but opens up mid-air and doubles to about 13,000 square feet.

"It is the best work we've done today, there is no question," Gillespie said.

His decision to move into Seattle marks a new era for the city when urban migration is ramping up, and more condo units are opening up.

According to Dean Jones with Realogics Sotheby's International Realty, six high-rise condominium developments were either recently completed, under construction, or coming soon. That would make 1,766 new condominiums for sale.

"At least a third of these new units are already reserved or pre-sold, meaning the total new supply is closer to 1,100," Jones said. "That's a relatively small number compared to the estimated 6.5 million sq/ft of Class A office demand in the market."

Jones recently wrote about the flurry of new projects in the pipeline in a blog post.

Westbank's move to Seattle with luxury condos comes in the midst of the worst affordability and homeless crisis on record.

"My product doesn't appeal to rich people, my product appeals to those where aesthetics matter. Great design matters," he said. "I think Seattle is right at the cusp of this incredible transformation and I want to be a part of it."