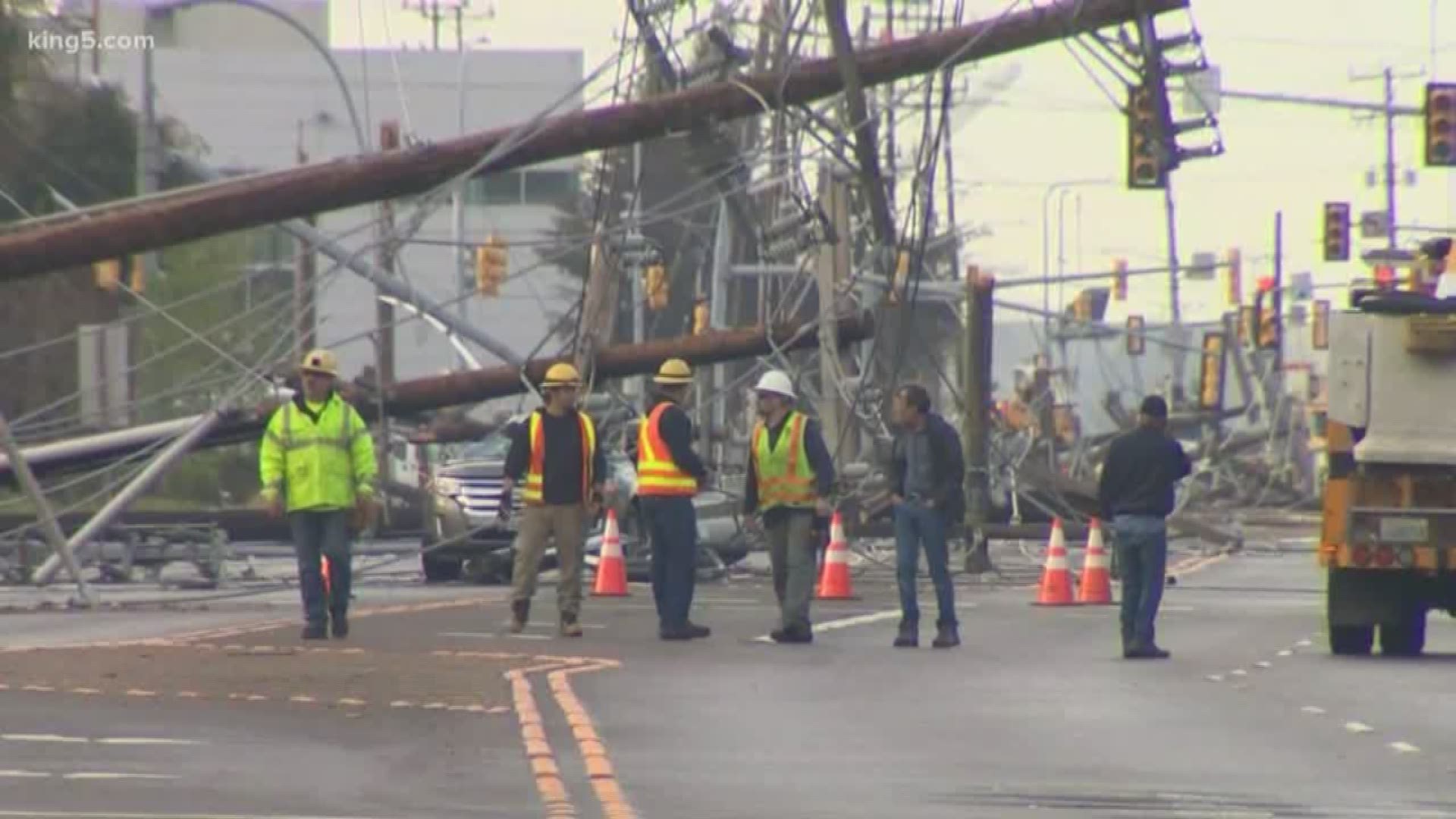 SEATTLE – Traffic camera footage captured the moment dozens of power poles collapsed near Tukwila on Friday, including the moment a pole crushed a car with a couple inside.

One camera angle shows two power lines crashing down, one of which fell on top of a car, smashing through the windshield. The couple that was inside the car had minor injuries and is now recovering.

The second angle shows a power line collapsing in an intersection. A bicyclist is seen exiting the intersection just seconds before the poles came down.

Investigators are still trying to determine what caused 26 power poles to fail. Seattle City Light says some of the poles were replaced in 2016, and others were due to be replaced within five years. However, none were outside their expected lifespan.

The agency plans to hire a third party investigator and will also conduct an internal investigation. 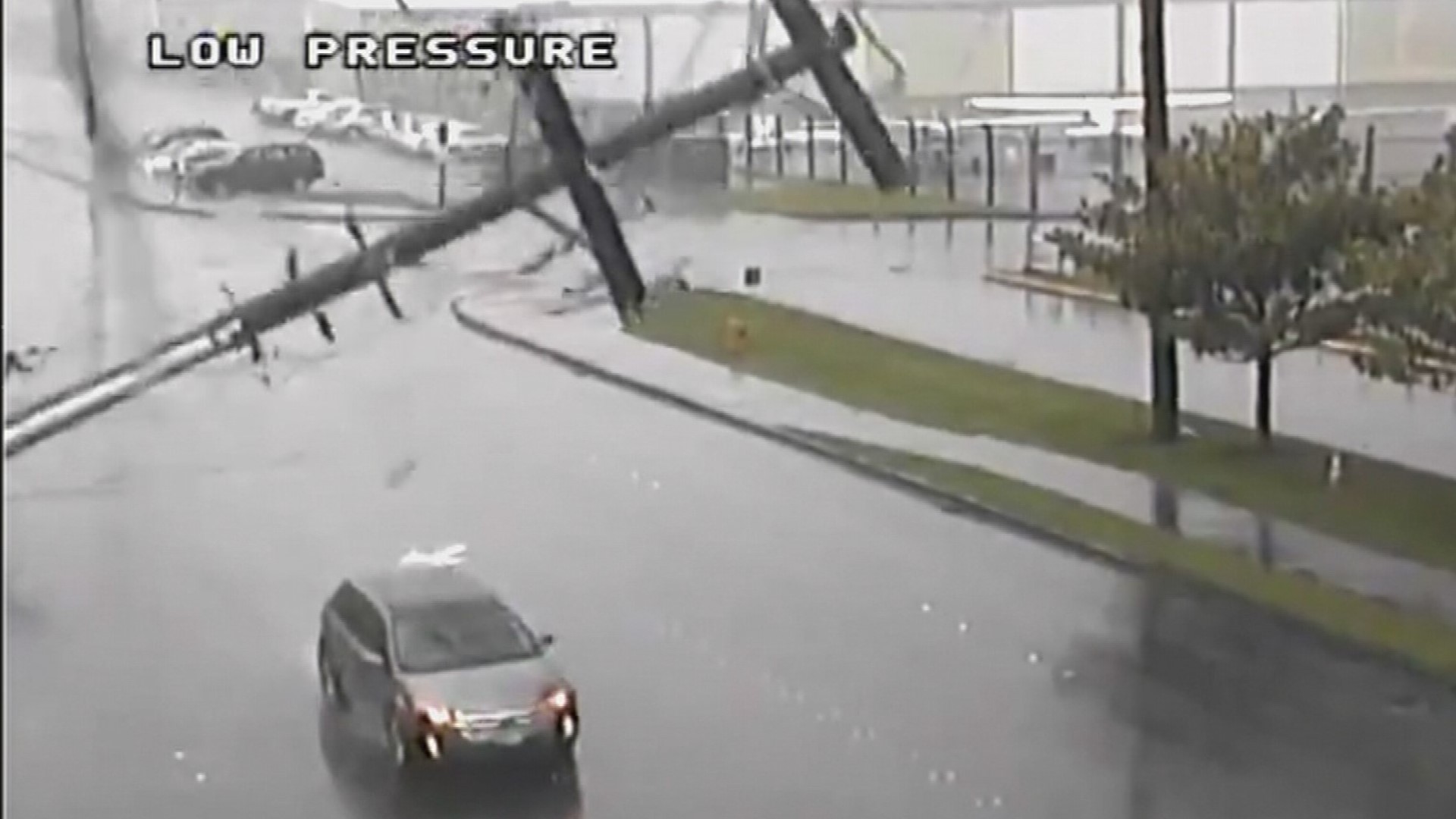