Pierce County Toys for Tots short on donations due to pandemic

This year, the organization is trying to help 55,000 to 60,000 children with toys and they’re not even close to that goal. 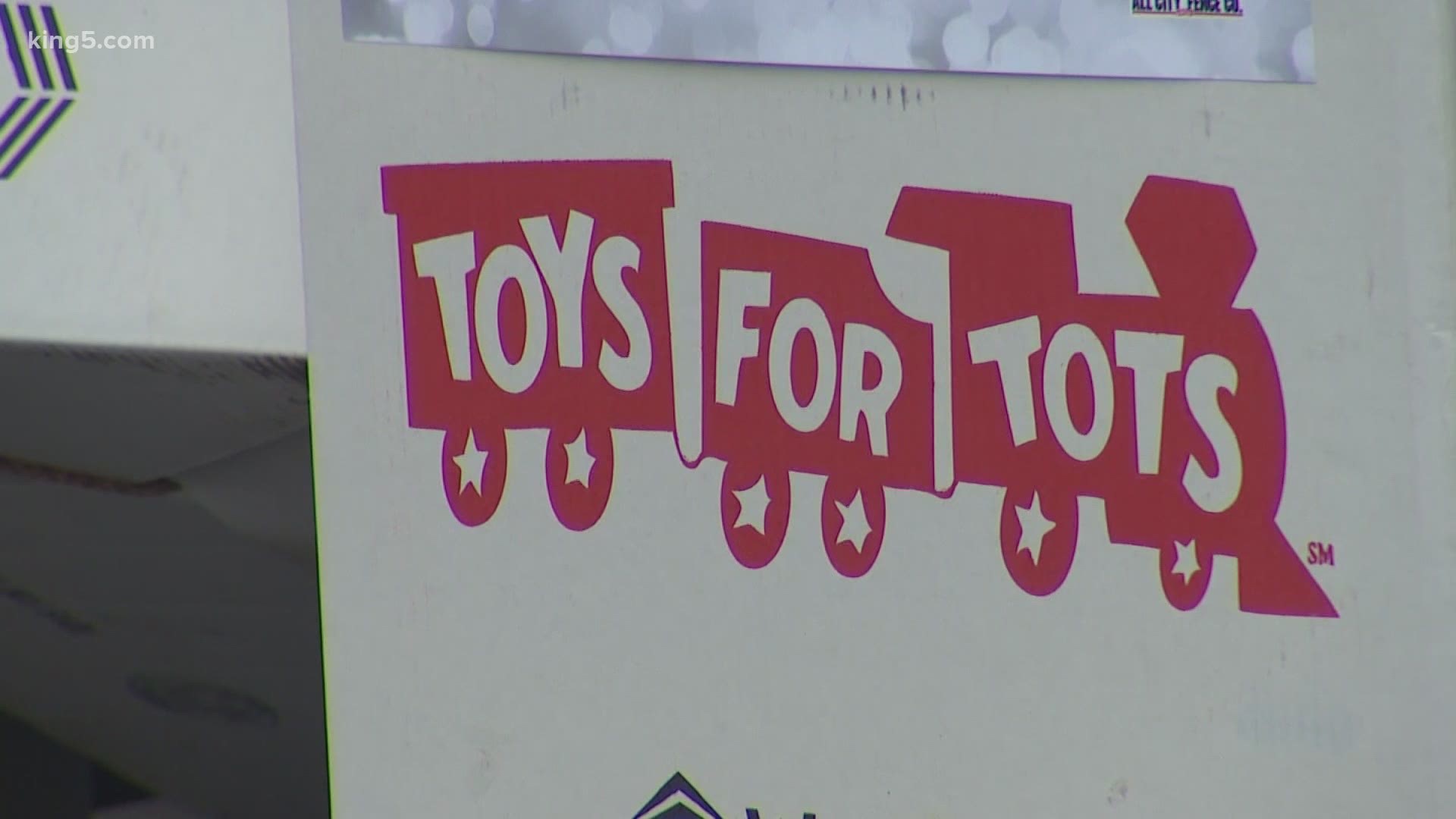 KENT, Wash. — Toys for Tots Pierce County is the biggest Toys for Tots group in the state. The organization helped 45,000 kids last year, but with so many people out of work because of the pandemic, they say more families need assistance this year to put a toy under the Christmas tree.

“I just want everybody to have a Merry Christmas give some kind of hope for the holidays,” said coordinator Jeff Brennan.

Right now, they have 14,000 toys in their Tacoma warehouse and they hoped to bring in another 8,000 at a Sunday event called The Northwest Toy Run.

The event usually draws thousands of people and involves a large car show and toy drive at Pacific Raceways. The event had to be dramatically modified because of COVID-19 and they expected to get less than half the toys they would normally collect. But at this point, they’re grateful for every donation.

“This is only going to cover just a fraction of what we actually need. We're going to be probably 30,000 toys short when it's all said and done,” Brennan said as they filled a truck in the race track parking lot on Sunday.

With so many companies working from home, several high-profile toy drives didn't happen this year. The Washington State Department of Social and Health Services said they can't help the group with distribution this year and cash donations are down as well.

The donations are down in King, Snohomish, and Thurston Counties, too.

Volunteers say they're not giving up. Fred Meyer just agreed to put bins inside their stores and whatever it takes they're determined to find the donations to make sure there's one thing COVID doesn't ruin this year.

“You just have to remain hopeful and optimistic that we can do this and we're not going to stop until we get there,” Toy Drive Organizer Lisa Albrecht said.

Donations can be dropped off at:

RELATED: National, state non-profits team up to give goods to Washington families during pandemic