An engineering firm has proposed a third option to get traffic moving again on the West Seattle Bridge. 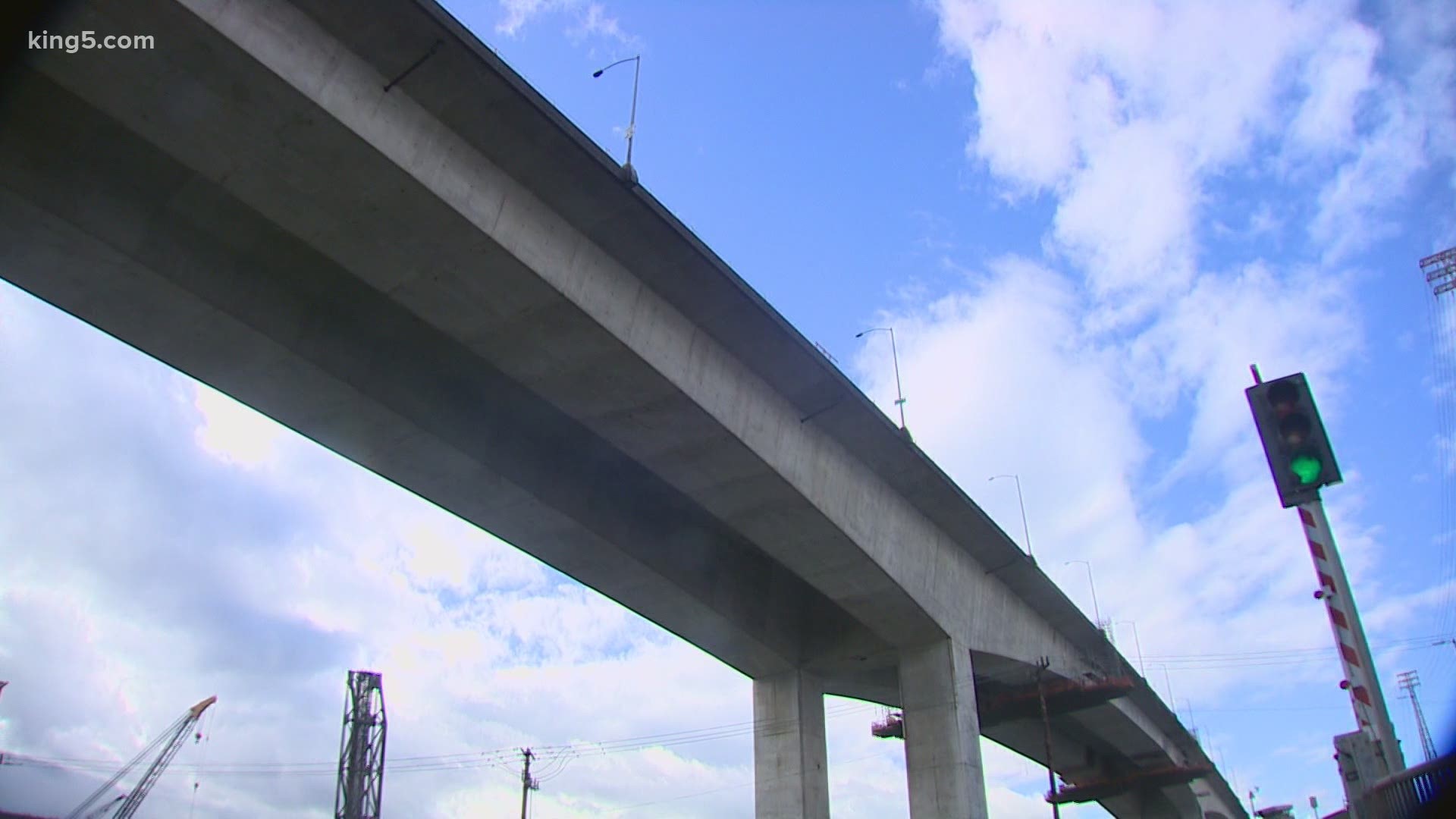 SEATTLE — The best performing fixes for the West Seattle Bridge could cost around $1 billion, according to a cost-benefit analysis (CBA) released by the Seattle Department of Transportation (SDOT).

Now, the decision in front of city leaders is whether to repair the bridge or replace it.

If the city opted to repair the bridge, traffic could be restored by as soon as 2022, but it would be a temporary fix.

The bridge would only last another 15 to 40 years at most, and would require another closure to replace the structure down the road. This option could cost about $916 million over the life of the bridge, the CBA found.

The city also has options to replace part or all of the existing structure. A full replacement could take as long as 2026, and a partial replacement of the superstructure could open in the same timeframe. Both options would be projected to last 75 years, according to the CBA.

These range in lifetime costs from $1 billion to $1.5 billion.

A $2.8 billion tunnel is also on the study, but did not perform well for many of the set criteria.

The cost-benefit analysis does not make specific recommendations in going about repairing or replacing the bridge.

But an option not included in the CBA brought a lot of attention at the bridge task force meeting Wednesday.

Proposed by engineering firm HNTB, it would use some existing structure from the old bridge, and lift pre-built metal arches into place to cross the Duwamish River.

HNTB did this successfully in another "emergency project" on Lake Champlain between New York and Vermont. In that case, the bridge outage meant a 100 mile detour, so the speed of reopening was a priority.

HNTB released video and renderings to show how the work would be done. 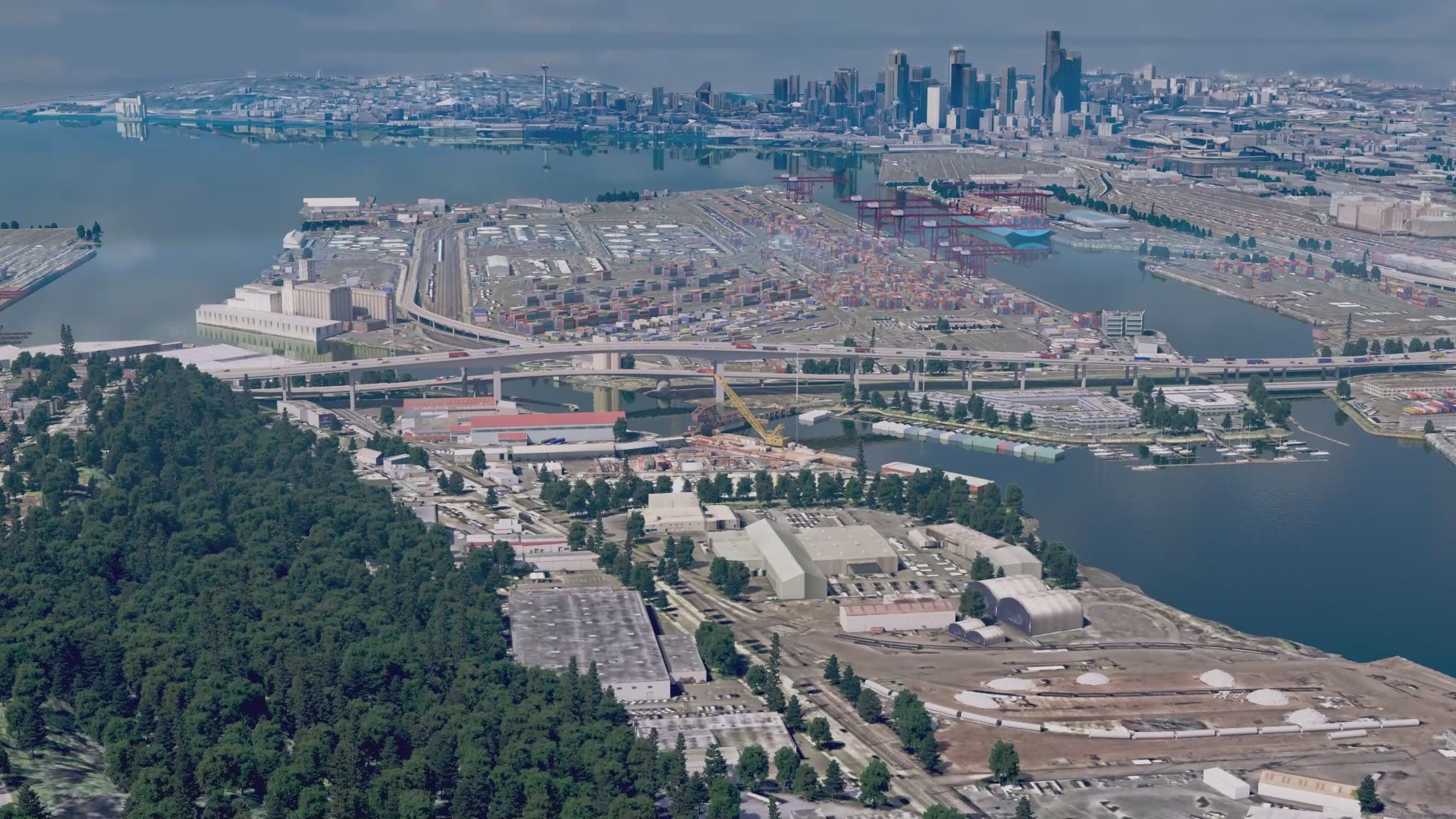 Ted Zoli, of HNTB, explained the proposal on the task force Zoom meeting.

"When we think about West Seattle, at HNTB we think speed is absolutely first and foremost, but safety and durability go along with it," Zoli said.

He explained their plan would allow multiple sites to build parts of the bridge concurrently, while demolition work occurred.

"Our goal here is to have the new bridge open in the first quarter of 2023, that would be the target," Zoli said.

Credit: HNTB
A rendering of what the West Seattle Bridge would look like if a portion of it was replaced by HNTB engineering firm. The firm proposed using some of the old West Seattle bridge structure and lift pre-built arches into place to cross the Duwamish River.

It's an ambitious timeline, and some task force members raised questions about whether funding could be secured at the same speed. Still, the idea of a long-term solution that opens quickly clearly was appealing.

"I just can't think of a project in the country that's more worthy of a fast-track replacement than this bridge," Zoli said.

But no decision has been made, and task force members will continue to review options before their next meeting.

In the cost-benefit analysis, all the other options were compared "apples-to-apples."

The West Seattle high-rise bridge has been shut down for over six and a half months after the city found fast-spreading cracks in the structure.

You can read the full report and comparisons here.