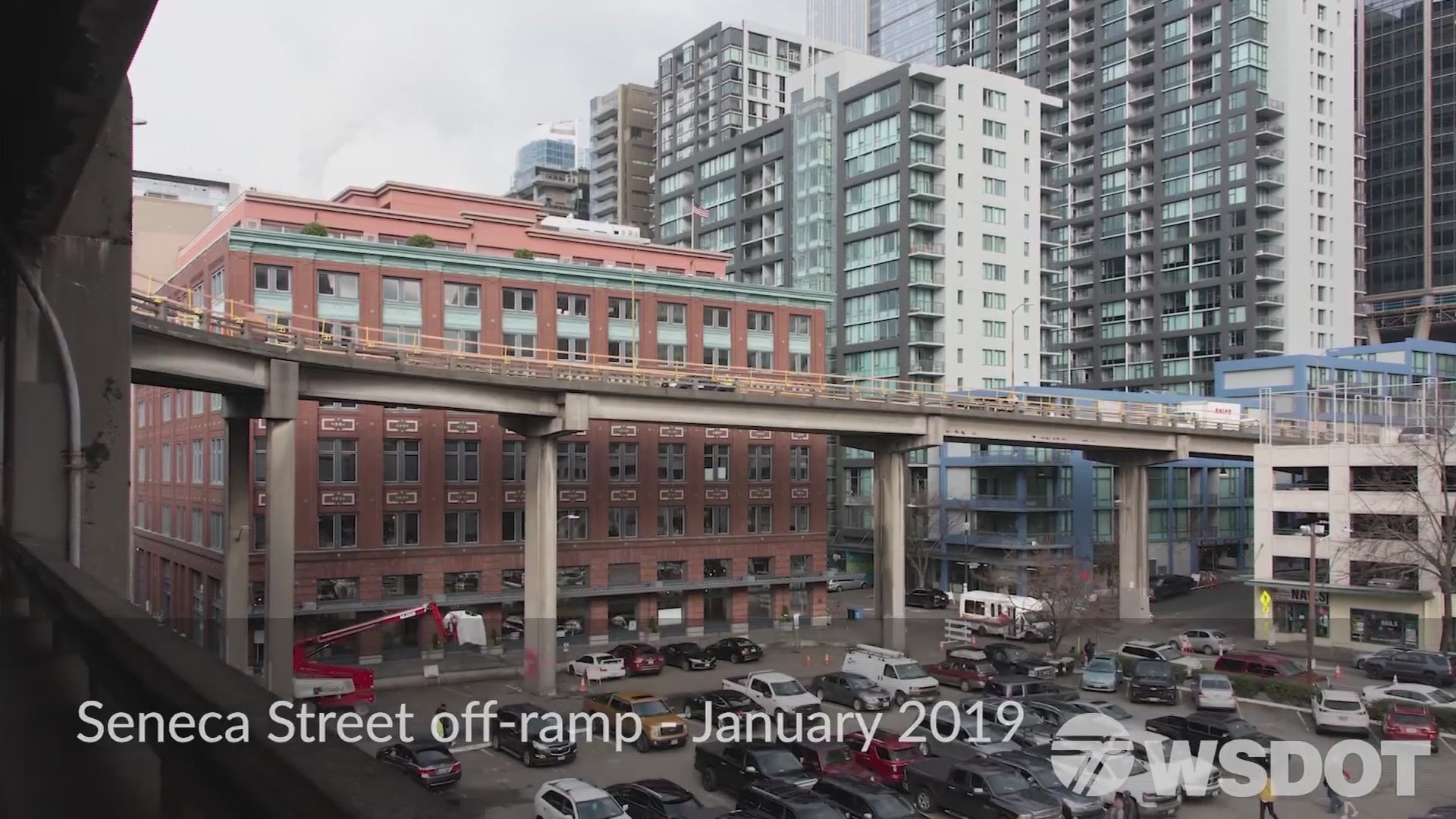 The tallest part of the Alaskan Way Viaduct in Seattle is now gone.

The Washington State Department of Transportation (WSDOT) shared a timelapse video on Thursday showing how crews demolished the Seneca Street off-ramp to the Alaskan Way Viaduct.

WSDOT said it took three weeks to tear down the 60-foot-tall off-ramp.

On May 22, workers began tearing down the Seneca Street ramp’s west end that was connected to the viaduct and moved east towards First Avenue.

Due to the ramp’s height and close proximity to buildings, WSDOT said the contractor used a “cut and pick” method to demolish the ramp.

The concrete from the off-ramp will be used to fill the Battery Street Tunnel.  WSDOT published a video on May 15 that provided a look at how crews are filling the tunnel. Crews pour the debris into the tunnel through ventilation grates.

Also see | Wear your own piece of Seattle's iconic viaduct