The vehicle was seen on surveillance video driving off after hitting the 18-year-old woman while she was trying to cross the crosswalk. 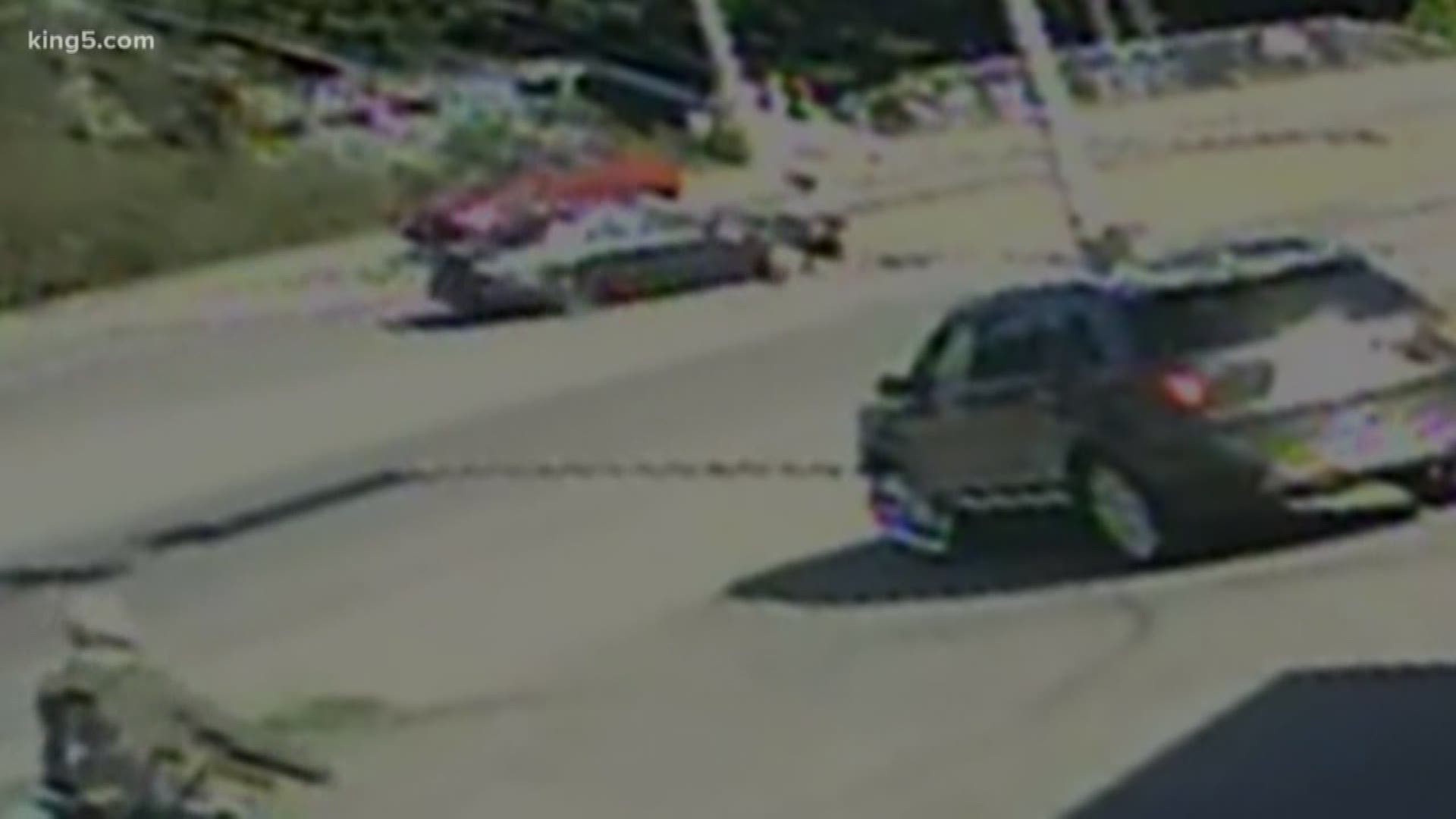 OLYMPIA, Wash. — The Thurston County Sheriff's Office is looking for the driver in a hit-and-run crash that injured a college student.

18-year-old Nyah Hart was attempting to cross the crosswalk at Pacific Avenue SE and Steilacoom Road SE near Union Mill when she was hit by an oncoming car on Monday.

She saw the car moments before it hit her.

"There's no way this is happening," Hart said she thought to herself.

On surveillance video, the driver did not stop after the incident.

Hart has a broken leg and is still suffering from bruises and headaches after landing on her head.

Hart is studying theater at South Puget Sound Community College and is also a dancer. She wants someone held accountable for what happened.

"I would love for that person to be caught, I can't believe that they drove off," said Hart. "I would have stopped and see if that person is okay."

Deputies are looking for a four-door sedan, possibly a Toyota Camry or Toyota Corolla. The car appears to be an early 2000s model and is a brown metallic color.

The vehicle has different hubcaps on the back passenger wheel than on the rest of the car.

There may be damage to the front passenger end of the car.

If you have any information that could help the Thurston County Sheriff's Office, email Detective Tim English at tim.english@co.thurston.wa.us.