The credit card skimmers were found on six pumps at the Tri Lake Market on Yelm Highway SE. 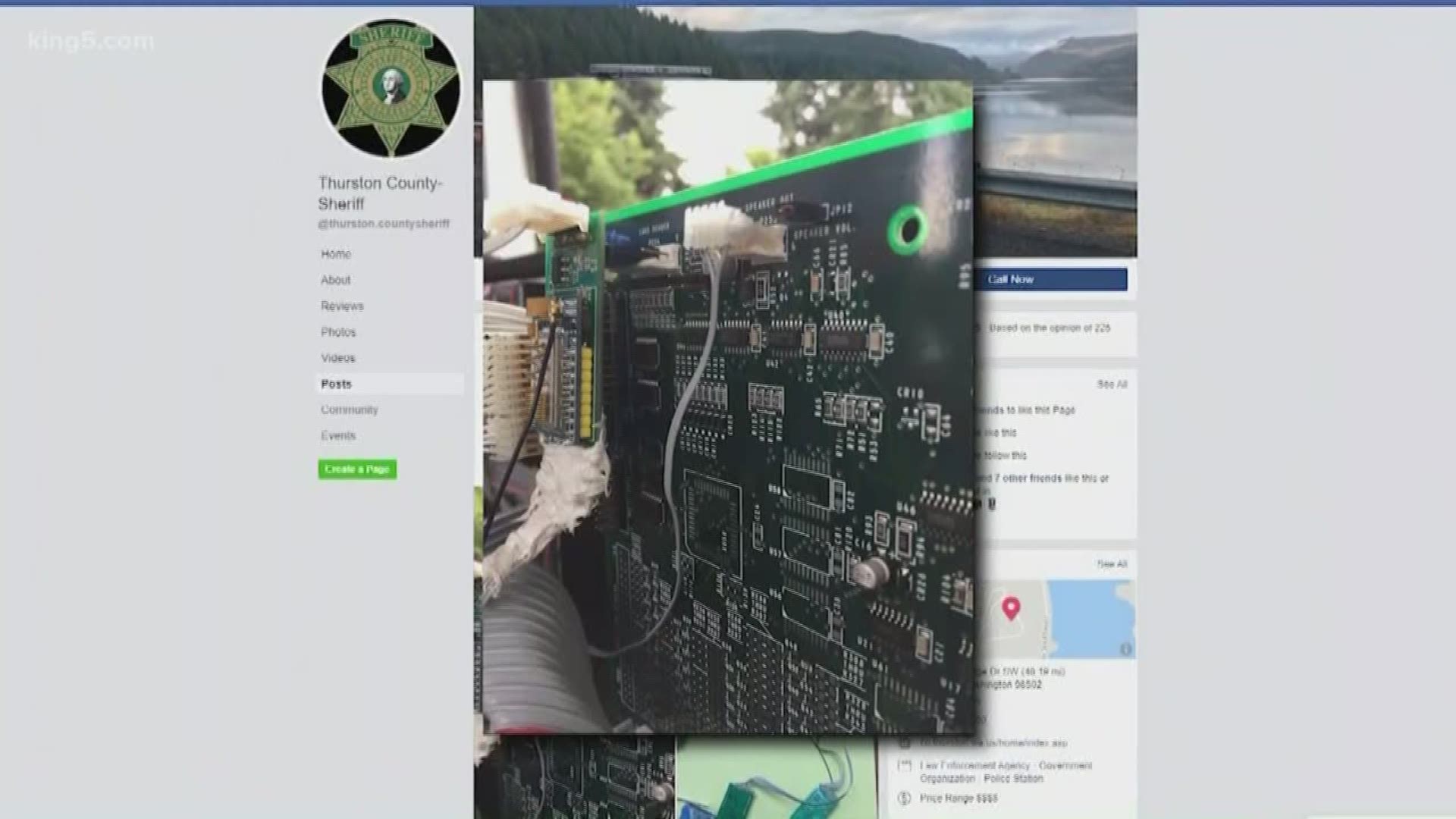 The skimmers were located on pumps at the Tri Lake Market, which is in the 8000 block of Yelm Highway SE.

The skimmers had been on the pumps since August 30 and have been removed, the Sheriff's Department said Thursday.

Authorities said if you believe you may have been a victim or suspect any unusual activity on your account to contact your bank immediately.

Equifax recommends never using your ATM pin on a gas pump card reader, instead run your card as credit.

The sheriff's office is still searching for the people responsible for placing the skimmers on the pumps.