Crowds of people marched through Seattle's Central District Friday for Juneteenth, which celebrates the end of slavery in America. 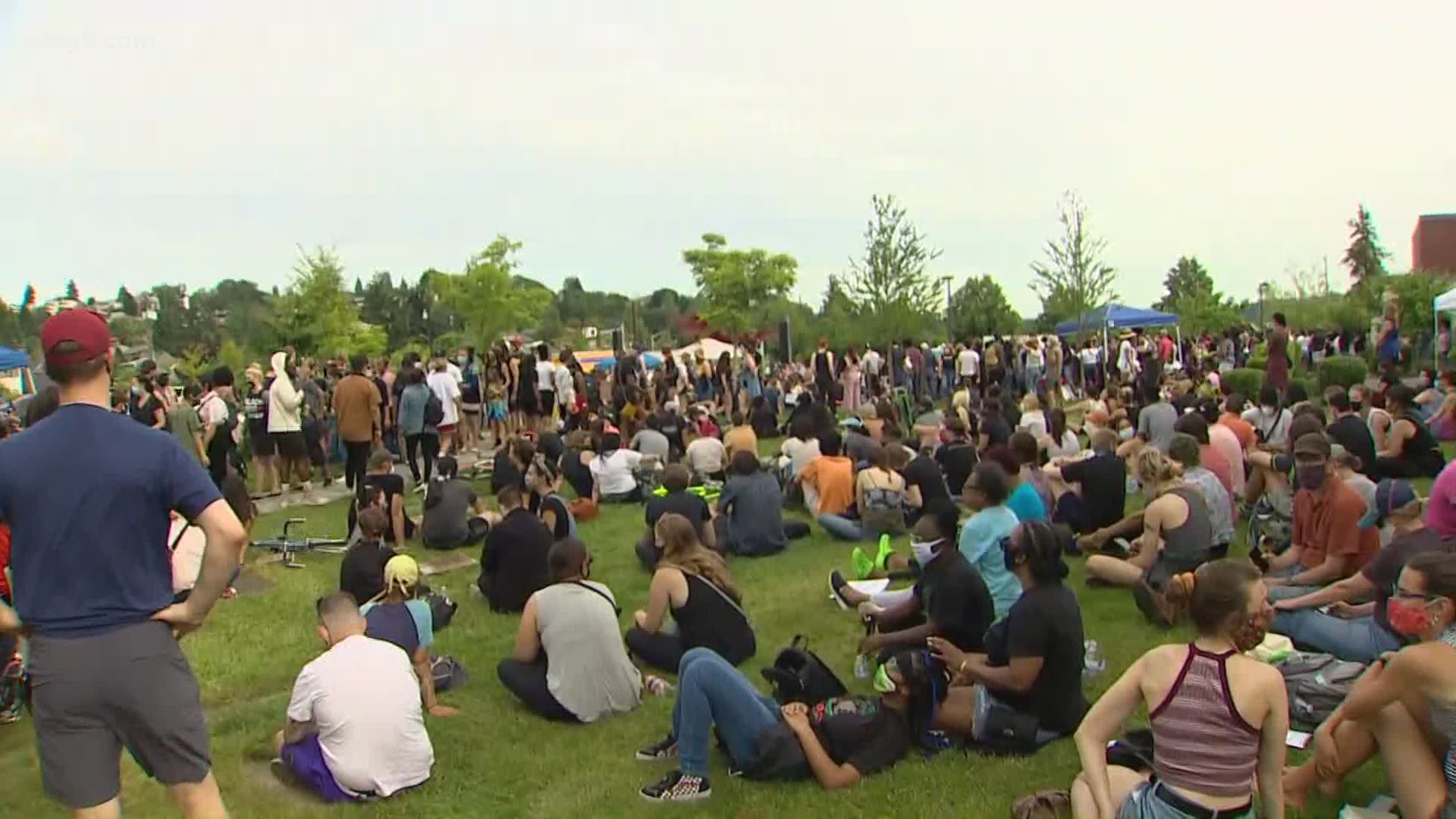 Thousands of people gathered across Puget Sound Friday for Juneteenth, which is celebrated as the end of slavery in the United States. Rallies and marches took place in Seattle, Tacoma, Snohomish, and across the Northwest and country.

A socially-distanced crowd gathered at Judkins Park Friday afternoon for a rally organized by Andre Taylor and his group Not This Time! There, families of those killed by the police shared their stories, and Taylor shared a message as well.

Taylor called the rally "The Next Steps," and discussed how he wants to move forward with reforms by continuing to work with the mayor and police chief, despite some calls for resignations of officials in recent days.

"Somebody said 'fire the mayor,'" Taylor said. "When have you loved the mayor? When have you loved the police chief? At what point did you know that a mayor was satisfactory to you? Every mayor that comes, we don't like them. Every police chief that's here, we don't like them. What we need to do is find where we can build. What we need to do is strategize when there's an opening, to build for the community."

Taylor's brother, Che, was shot and killed by Seattle Police in 2016.

"So as we celebrate today, this holiday as Black people, we know we are still not free," said DeVitta Briscoe, Taylor's sister and Survivor Network Coordinator with Collective Justice. "Free of whatever intention of that freedom was supposed to mean, we know that we're still fighting for equality. We know there is systemic racism, we know that there is excessive uses of force. We know that these things happen every day. The sad thing is, is that it takes a video to be believed, for this country to be outraged at what we've been seeing and experiencing for years, for decades."

As that rally continued, marchers with King County Equity Now came down 23rd Ave S through the Central District, heading to Jimi Hendrix Park for speakers, music, food and discussion. Thousands of people packed the park.

“We’re about to have a party," one of the speakers said to the crowd. "This is a celebration. Look at all these Black and brown faces. This is our day!”

Nearby in Seattle's "Capitol Hill Organized Protest" zone - known as CHOP - demonstrators held a so-called 'Black-out' at Cal Anderson Park. CHOP organizers asked non-Black allies to stay on the sidelines Friday, to create a space for Black healing in the park. 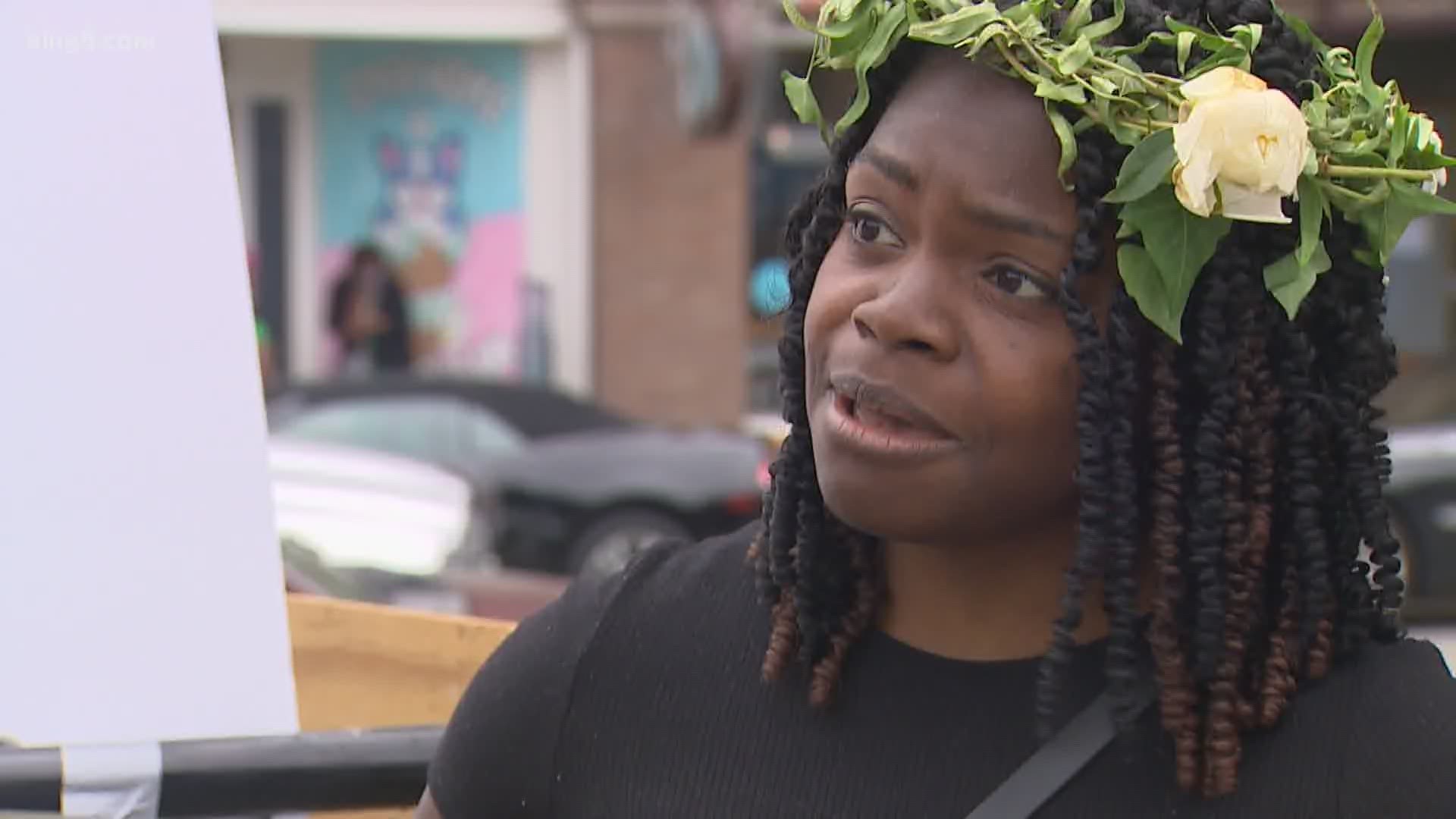 RELATED: What is Juneteenth? Western Washington honors a milestone in Black history

Juneteenth, which is celebrated on June 19, honors a milestone in Black history in the United States.

The Emancipation Proclamation, freeing all slaves in the United States, was issued by President Abraham Lincoln on January 1, 1863.

But the news didn’t reach slaves in Texas until June 19, 1865, when General Gordon Granger arrived in Galveston. One of Granger's first actions was to read General Order No. 3, which proclaimed "all slaves are free."

The reaction to the news was jubilation, and celebrations – coined Juneteenth – continued in the U.S. for decades.

However, it would take until 1980 for Texas to become the first state to declare it a holiday. Now 47 states, including Washington, and the District of Columbia recognize it.