'This is just a small token of our appreciation': Sailors help deliver meals to seniors 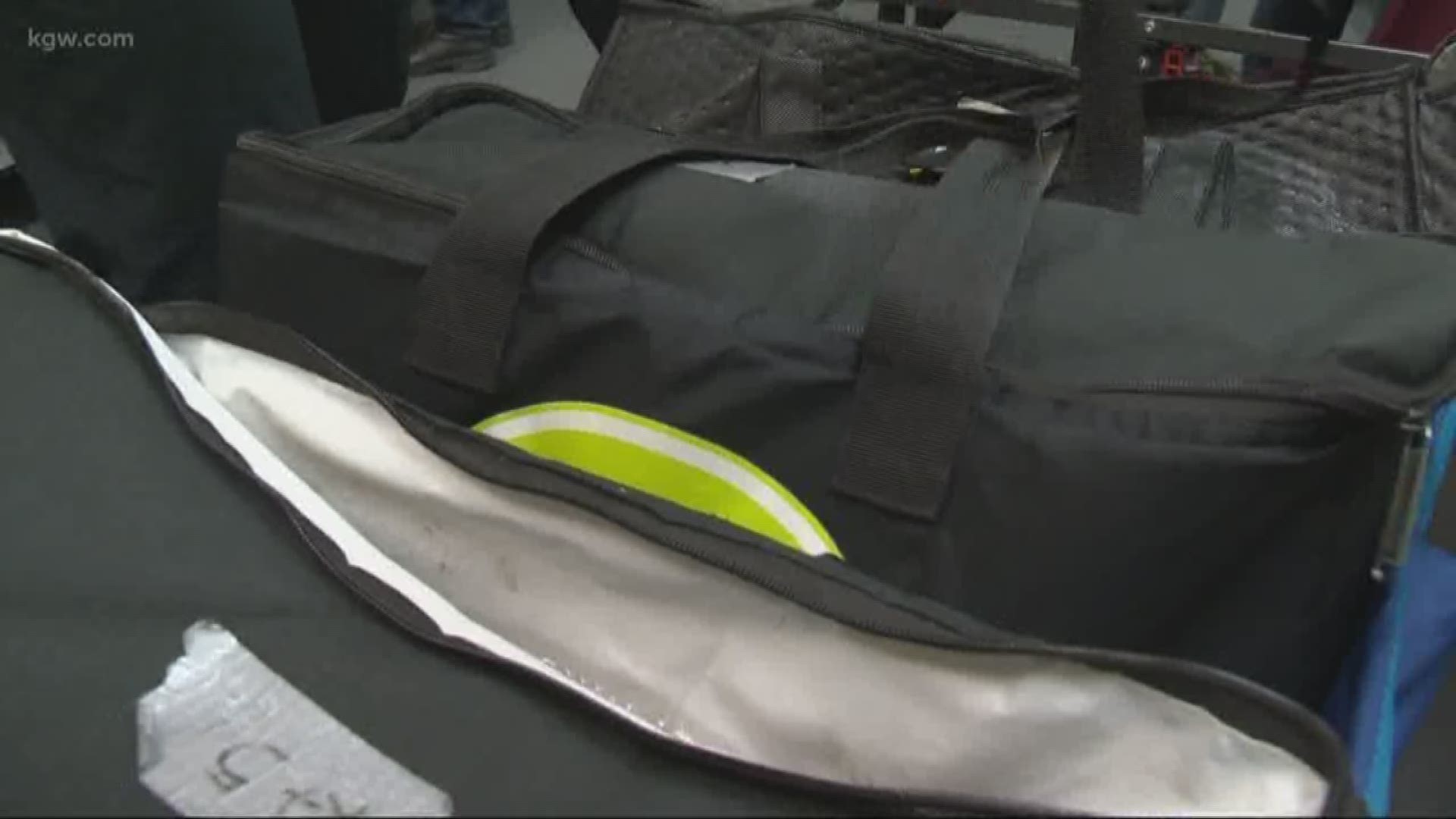 PORTLAND, Ore. — As the ships sit docked along the waterfront for Fleet Week, U.S. Navy sailors are finding ways to help those in need.

Friday morning in southwest Portland, Petty Officers Ryan Tucker and Jose Gallegos along with other sailors helped volunteers deliver those meals. Each meal consists of an entree, salad, bread roll and milk.

For those opening up their doors, these volunteers are a welcome sight.

"I get $15 a month in food stamps," Ken Massey is 63-years-old and said without these delivered meals, "I would basically have no food. I would have to eat at church or whatever I could muster up."

Petty Officer 1st Class Ryan Tucker says he's helping out to give back to the community. For Tucker, this has a personal connection too. When his grandmother died, that left his grandfather all alone.

"She was always the one cooking all the meals for him. We were about 3 hours away from him, so we signed him up for Meals on Wheels," Tucker said. "It gave him not only food, but it gave him someone to talk and see on a regular basis. It really helped him feel less lonely and helped us be reassured that he was going to get food and every day."

That is what the Meals on Wheels programs about. To give these seniors more than just a meal.

"It's so much more than a meal. Having that interaction with a volunteer is really the only face that they may see during their entire day," Tony Staser, chief development officer for the local Meals on Wheels People chapter in Portland said. "The recent study shows that social isolation is equivalent to smoking 15 cigarettes a day. So just having that interaction on hopefully a daily basis, we're improving the health of our homebound seniors."

It's also having a positive impact on those helping out for the first time, like Petty Officer Gallegos.

"It's already a great experience for me and I'm definitely looking into giving more volunteer time," he said.