'This has to stop' say Snohomish Co. students who plan to march in DC

The painful memories of the shooting at Marysville Pilchuck High School are driving some to march. 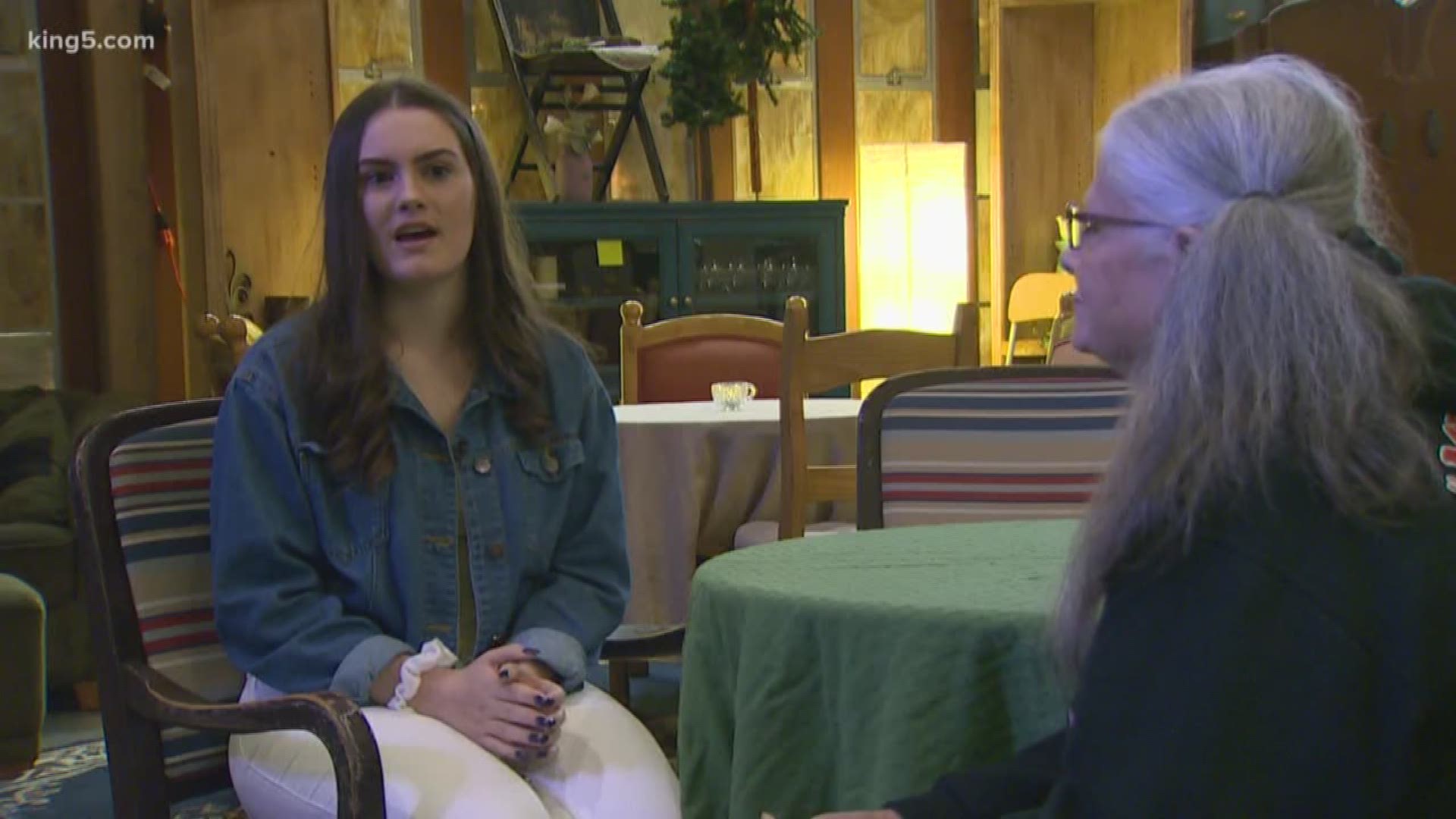 Eight people from Snohomish County will be in Washington, D.C. on March 24th to make a statement on gun violence in schools. That's when students from across the country will march on the nation's Capitol for the "March for our Lives." The march was organized by students, from the Florida High School where 17 were killed in February.

School violence is a sensitive topic in Snohomish County where the memories of the 2014 shooting at Marysville Pilchuck High School are tough to think about.

This week the group met at a small community coffee shop to talk about their plans for their trip. “This has to stop, we've got to do something, we've got to change things" teacher Marjorie Serge explained.

The Snohomish County group includes people from 5 different schools. Serge was teaching at Marysville Pilchuck when a student opened fire in October 2014.

“I don't ever want anyone to experience anything like that, ever again," she said. The memories still haunt Serge “I was with one boy who thought his brother had been shot, he had blood all over him and he was on the phone with his father."

For some students the push for change comes from a place of fear, Bailey Thoms said she frequently thinks about where she will hide if someone starts shooting. In addition to adding their voices to the march, the group headed for D.C. hopes to come up with some sort of anti-bullying program they can bring back and share at Snohomish county schools. “It's such small things that one person can do to change someone or the way that they see things," she said.

A few weeks ago, the group held a rally in a Marysville park and Thoms said it led to an uncomfortable discussion where she and other teens were forced to confront the role they play in bullying in their community. “I’m not going to say guns aren’t an issue, they are part of it and bullying I think is a bigger part of it” she explained.

Thoms said it was uncomfortable for her and others to realize they sometimes didn’t treat everyone with kindness. “It’s not something I realized I was doing, but I was,” she said.

They believe lasting change will take time and work, but they leave for D.C. this week hopeful it can come. “We need to ask ourselves what kind of country do we want to live in," Serge said.