The biggest Amazon Go store opened in the South Lake Union neighborhood this week. It is Amazon's third checkout-less grocery store that has opened in the Seattle area. 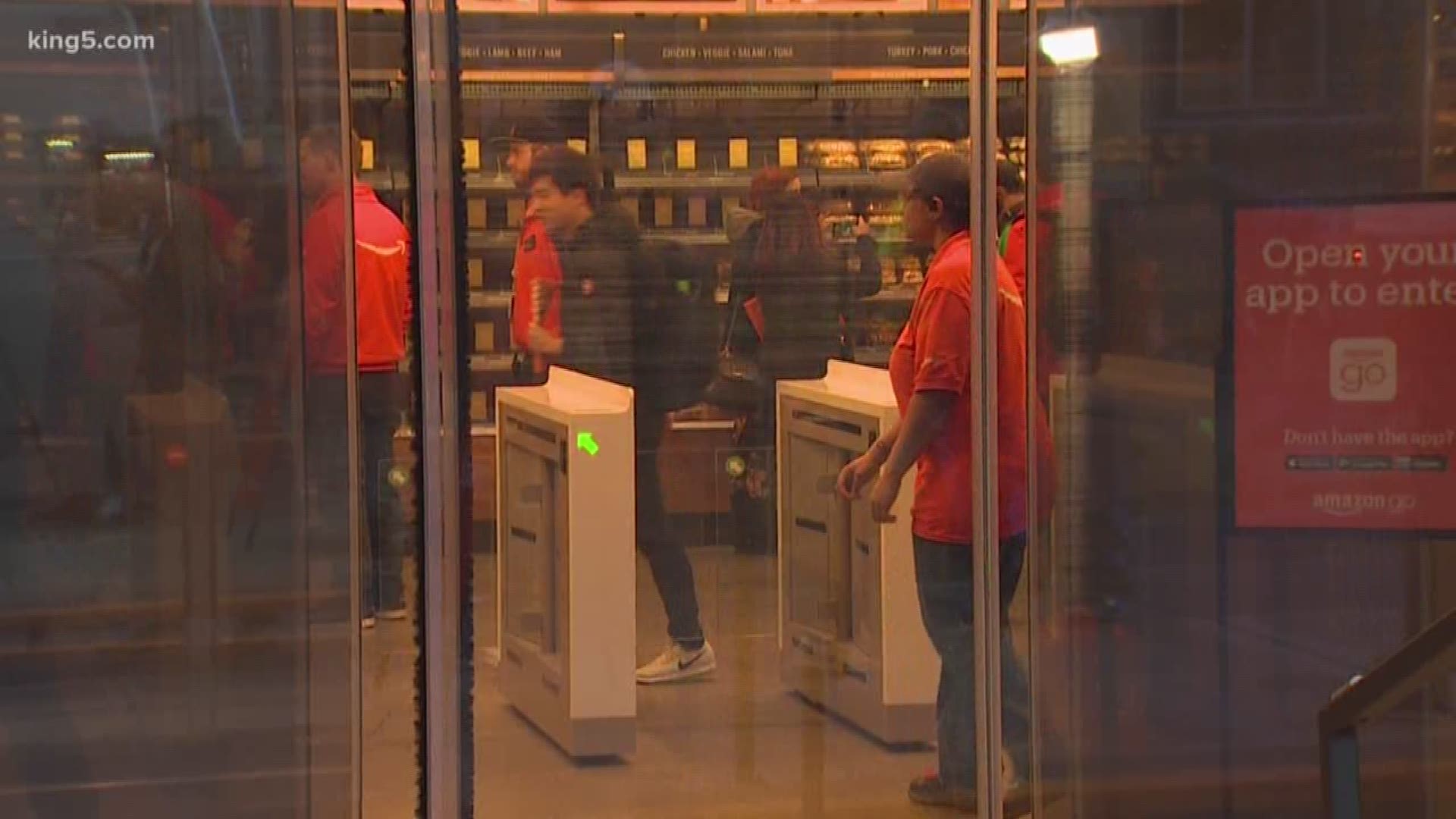 Amazon today debuted the third location of its checkout-less grocery concept Amazon Go, the second store opening in a week.

The new location is in one of Amazon’s office buildings at 300 Boren Ave. N. in the South Lake Union neighborhood. It is the biggest of the three stores — 2,100 square feet versus 1,800 for the original store and 1,450 square feet for the second location. 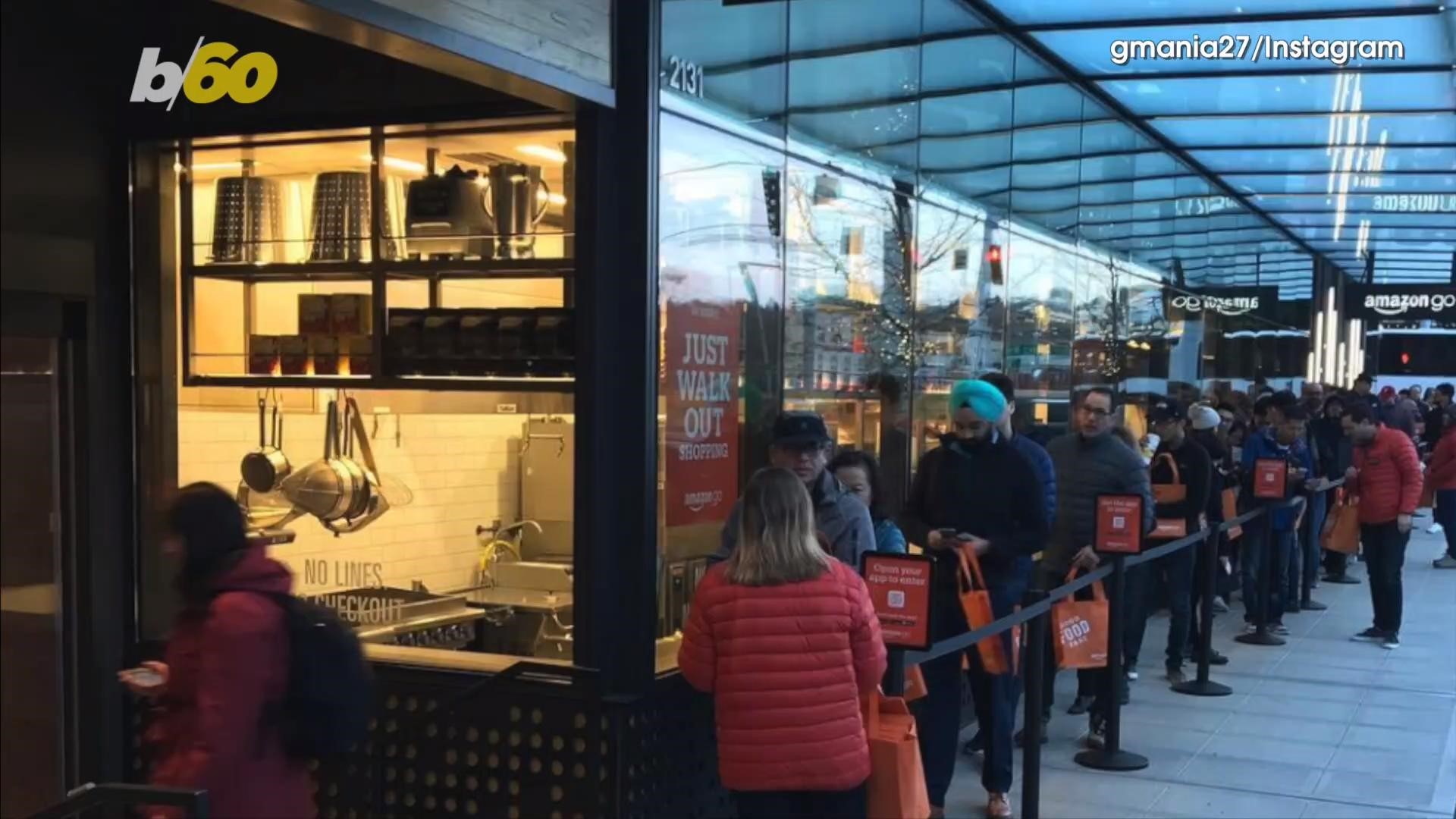 After spending years developing the technology behind the store, and another year testing it with Amazon employees, the tech giant is starting to move faster in expanding Amazon Go. The original store opened in January in the base of Amazon’s Day One officer tower. The second store at the Madison Centre office building in downtown Seattle opened just over a week ago.