These giant batteries may save your power bill 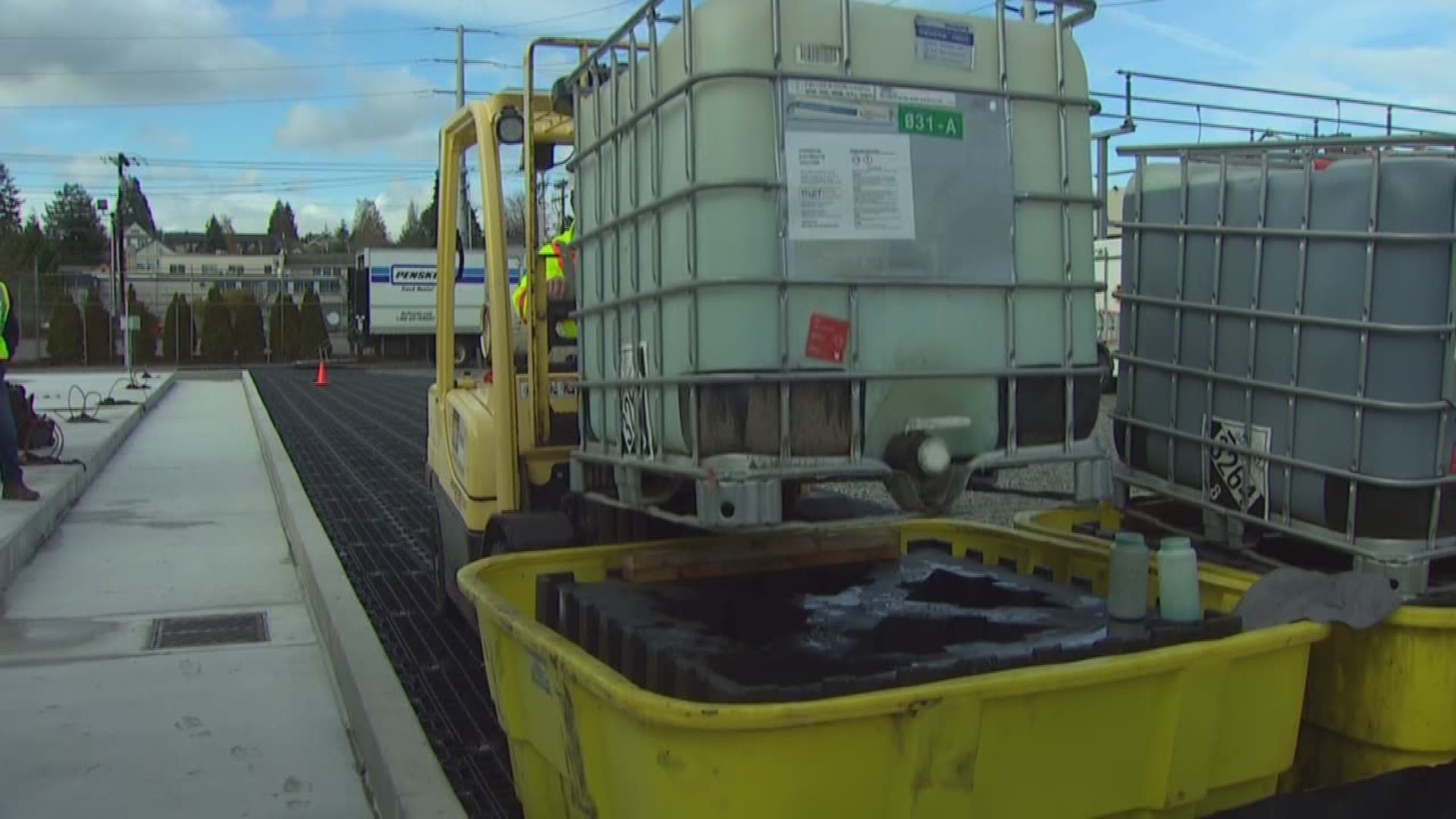 EVERETT, Wash. -- An electric substation in Everett is trying something new that could ultimately save you money on your energy bills by storing renewable energy in giant batteries.

When the wind is calm, wind turbines don't generate as much power. Same thing for solar panels when the sun goes down. But when the wind blows and the sun shines, enough power can be stored in the Snohomish County PUD's new advanced vanadium flow batteries to run 1,000 homes for eight hours.

The utility says the batteries also have the effect of balancing out the open market for power. For example, when you get home from work and start turning everything on, power consumption spikes. That frequently sends utilities to buy power on the open market -- often at a higher price -- to keep the lights on.

Each battery was built inside 20-foot-long shipping containers by UniEnergy Technologies (UET) of Mukilteo. Each battery has four containers holding liquid electrolyte and other equipment that generates the voltage. One container holds the computerized brains, such as the battery management system, and switching equipment that flips between charging and discharging.

There are four of these at the Everett substation. The batteries are expected last 20 years with little more than occasional maintenance says UET. For now, it's believed to be the largest containerized flow battery in the world. Snohomish Co. PUD will evaluate these batteries and another lithium ion battery system installed in 2014.

"These are long duration batteries, so these can operate and charge and discharge for several hours in each direction," says Russ Weed, UET vice president of Business Development and Marketing.

Another set of batteries is at work with Avista Utilites in Pullman. A third installation is underway in Italy.

Unlike lithium ion, these batteries won't present a flammability risk, says UET. They work by using a new Vanadium molecule the company says developed at the Pacific Northwest National Laboratory in Eastern Washington.

The batteries work by pumping the charged Vanadium electrolyte liquid through a box called a "stack." The stack contains layers of steel, copper, plastics, and carbon says the company. Like other batteries, one tank acts as a cathode (a negatively charged electrode) and other as an anode (a positively charged electrode). As electrons flow through the stacks, voltage is generated.