There may have been a dusting of snow in the mountains Tuesday night, but the Climate Prediction Center says we still have at least a 65 percent chance for an El Nino winter. 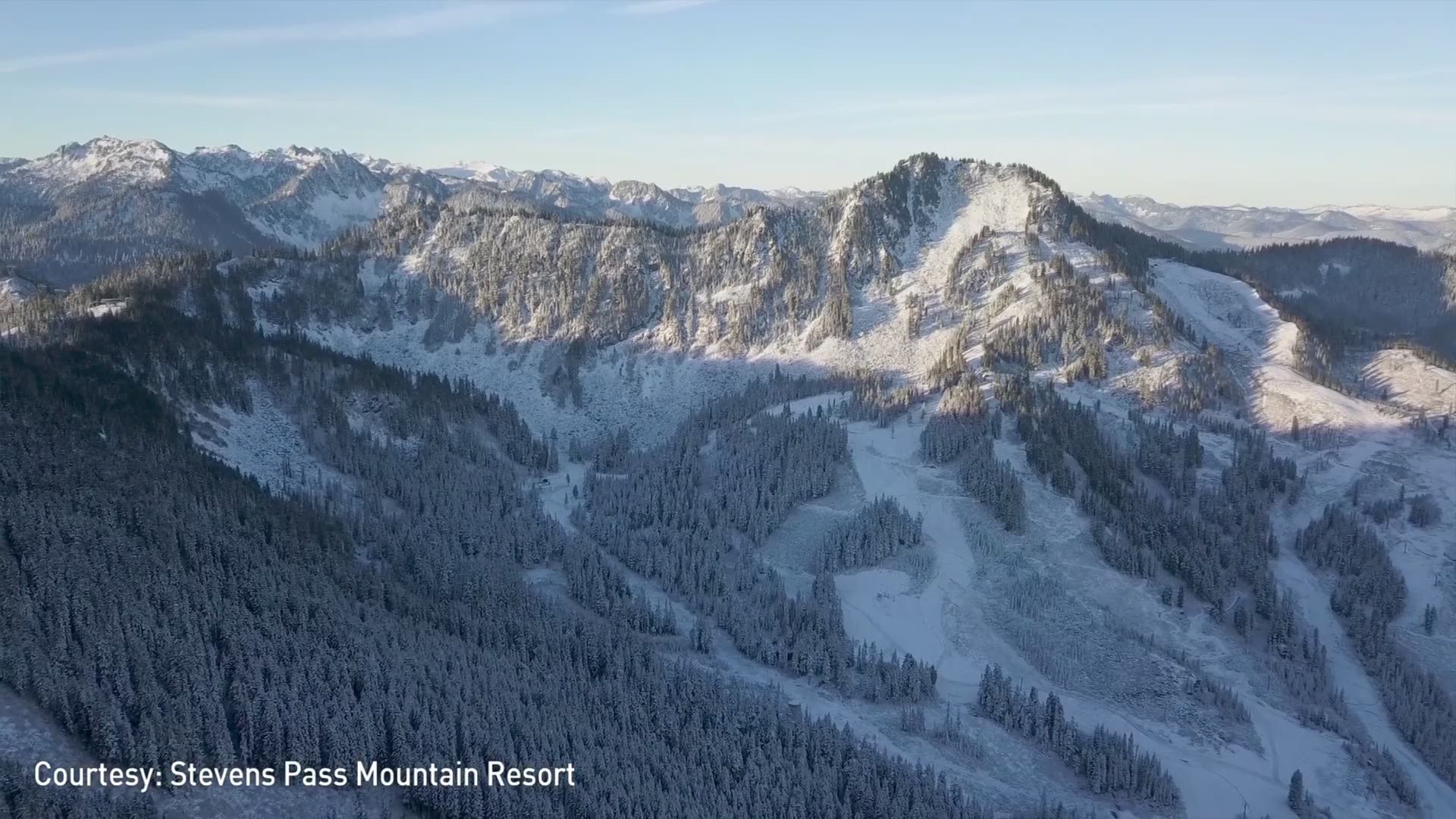 The latest report from the Climate Prediction Center shows there's still a decent chance for an El Nino winter in Washington.

That may be hard to believe with snow already falling in the mountains. But as we reach the end of the year, there's a possibility we'll see above normal temperatures and lower precipitation.

Chances of an El Nino winter is 65-70 percent. That means warmer and drier temperatures for the months of December, January, and February.

Between October and December, the Climate Prediction Center says there is up to an approximate 40 percent chance of warmer temperatures and below-normal precipitation.

Evidence of El Nino began building in the central Pacific Ocean over the summer, with a long strand of warmer-than-normal water building across the equator.

Meanwhile, we're less than two weeks into fall and mountain passes have already been hit with at least a dusting of snow.

The Crystal Mountain ski resort reported its first snow over the third weekend of September. Stevens Pass got its first dusting Oct. 2 as the snow level dropped down to 4,000 feet elevation. Summit at Snoqualmie reports a overnight dusting as well.